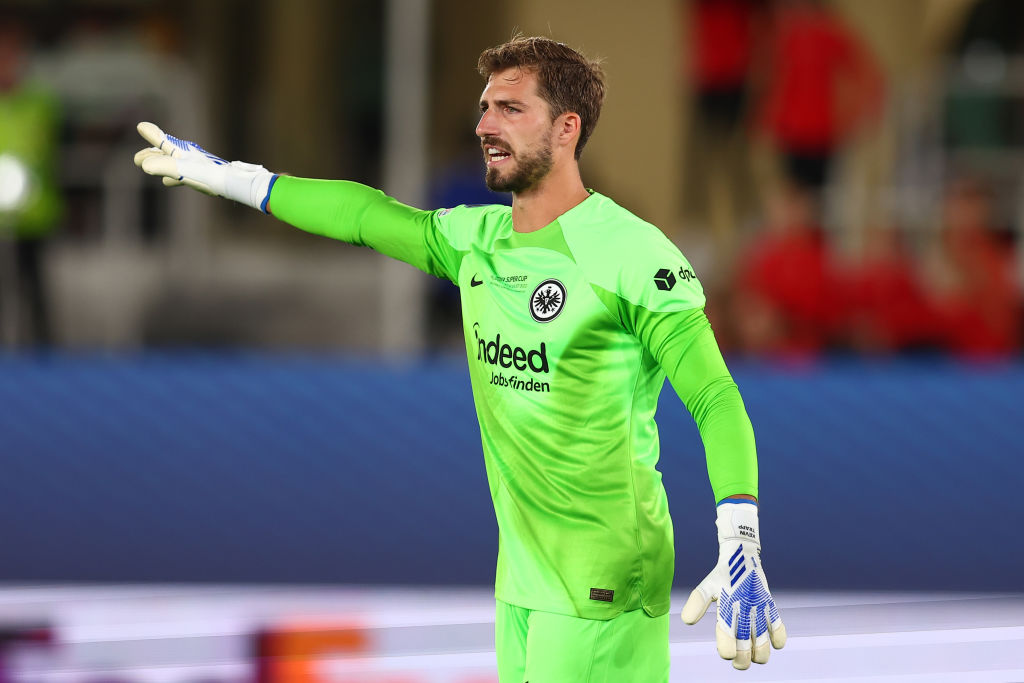 Eintracht Frankfurt goalkeeper Kevin Trapp has confirmed he has turned down an offer to join Manchester United.

The Premier League side are eager to bring in a new shot stopper to provide cover and challenge David de Gea for the no1 spot.

Germany international Trapp has emerged as the club’s top target but the 32-year-old has revealed he has decided against a move to Old Trafford.

‘There has been a lot of talk about Manchester United’s interest in recent days,’ Trapp wrote on Instagram.

‘It is true that there is a written offer. Manchester United is a global club and I hope everyone can understand that I am considering and thinking about an offer like this.

‘Yesterday, however, I informed those responsible at both clubs that I had decided on Eintracht. I experienced unforgettable things here with Frankfurt and we made history together. The start of the season was bumpy, but I have absolute trust in us.’

United allowed Dean Henderson to join Nottingham Forest on a season-long loan this summer with their need for a competent no2 heightening following de Gea’s shaky start to the season.

The Spaniard has conceded seven goals in the opening three games of the season, enduring a particularly woeful afternoon in the 4-0 defeat to Brentford.

Questions over his ability to play out from the back have raised doubts over his future in Erik ten Hag’s system, with the club looking to bring in an option who is more adept with the ball at his feet.

Frankfurt were thought to be asking for £21million for Trapp. United now thought to have submitted a bid to sign Newcastle goalkeeper Martin Dubravka on loan for the rest of the season.

Dubravka has slipped down the pecking order at St James’ Park following the arrival of Nick Pope from Burnley, with the England international starting the season as Eddie Howe’s no1.

Talks between United and Newcastle are underway and the 33-year-old is likely to move to Old Trafford before next week’s transfer deadline.

United also explored the possibility of signing Odysseas Vlachodimos from Benfica but the Portuguese club were unwilling to sell.