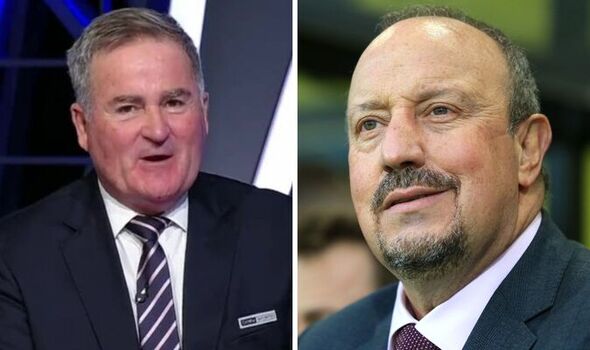 Richard Keys has savaged Rafael Benitez once again after the former Everton boss conceded that his Liverpool connections made it impossible for him to succeed at Goodison Park. The Spaniard was dismissed by the Toffees in January following a 2-1 defeat to Norwich City at Carrow Road that saw tensions amongst supporters reach boiling point following a frightening deterioration of form.

Now Benitez has spoken openly on the manner of his Everton dismissal – claiming his ties to Liverpool ultimately made the task at hand impossible as he wanted to make several internal changes to the club’s structure.

Benitez told Sky Sports: “I knew it could be difficult because I was at Liverpool, so maybe I couldn’t make some decisions. It was very clear for us at the beginning.

“I had a meeting with a head of one of the departments and I asked him, ‘do you think everything is fine?’ He said, ‘yeah, everything is perfect’. I thought ‘£600m had been spent, it cannot be perfect when the owners aren’t happy and the fans are not happy’.

“So I realised we had to change things inside, but I couldn’t do it straight away because I was a former Red and it could be seen as, ‘oh, he’s come in to change our club’.” 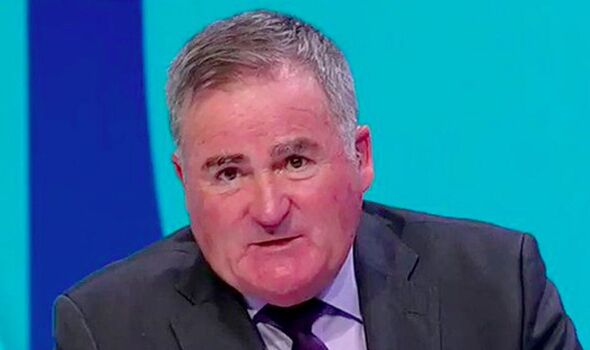 Now Keys has hit out at Benitez, who he has previously attacked on multiple occasions particularly during his time at Everton, even claiming he has thrown his hat into the ring for the Leicester job.

Keys tweeted: “The gall of the man. How dare he? I hope he’s given his settlement figure back to Everton now he’s realised what we all told him & Farhad Moshiri. My friends at Leicester tell me Benitez has applied for that job. Is there a vacancy?”

Brendan Rodgers is currently facing an anxious wait to discover his future after Leicester’s international players headed off to join up with their countries.

The Foxes have now lost six straight Premier League matches with the Northern Irishman now facing the prospect of losing his job.

Although Keys’ alleged information, would suggest Rodgers’ fate may have already been decided.

The former Sky Sports presented is no stranger to stirring the pot though – particularly when Benitez is concerned.

Following his Everton dismissal, he accused Benitez of lacking integrity and morals for taking the job in the first place.

Furthermore, he also claimed Benitez did not have an “ounce of decency” and accused of him of only staying in the role so he received a mega pay-off.

“I’m not going to make this personal,” Keys said. “The above statement is a ‘fact’. So is this – Rafa Benitez should never, ever have been anywhere near the manager’s job at Everton.

“If he had an ounce of decency or integrity he’d have felt that way himself and turned Moshiri’s offer down in the summer – not wanting to tarnish his reputation at Anfield.

“I’m told he wasn’t going to walk – that he wanted his money before he left Goodison. Ok. He was contractually due – but morally?”

Benitez is yet to return to management following his departure at Everton but he remains in Liverpool where he lives with his family.