Kieran Trippier had to be taken to hospital after suffering what appeared to be a serious shoulder injury in the opening stages of Sunday’s 3-3 draw with Valencia.

The Englishman was clearly in a lot of pain and had to be replaced by Sime Vrsaljko and escorted to a nearby facility.

Fortunately a broken collarbone was ruled out following checks. 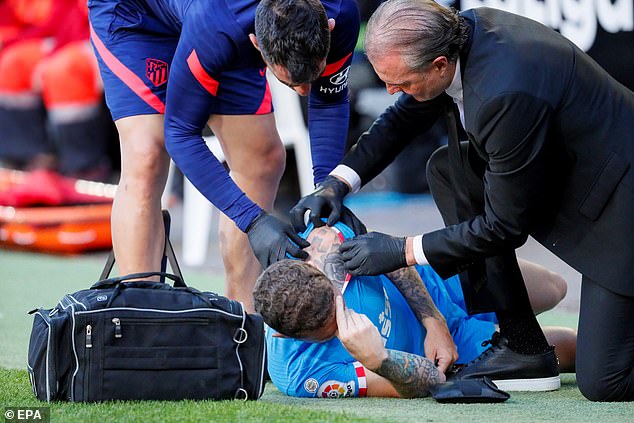 ‘After being taken to hospital and undergoing tests, Trippier’s bone injury has been ruled out,’ a short club statement said.

Atletico Madrid forward Antoine Griezmann scored a sensational individual goal against Valencia on Sunday but the LaLiga champions let a two-goal lead slip in stoppage time to draw 3-3 on Sunday.

Valencia were trailing 3-1 when seven minutes of time were added on but Hugo Duro scored twice in the final stretch of the game to salvage a point, to the delight of their raucous home fans.

Luis Suarez had put Atletico in front in the 35th minute but Valencia levelled five minutes into the second half through an own goal from Stefan Savic.

Griezmann restored Atletico’s lead in the 58th with a superb shot into the top corner from outside the box following a marauding run from his own half in undoubtedly the Frenchman’s best moment of skill since returning to the club in September. 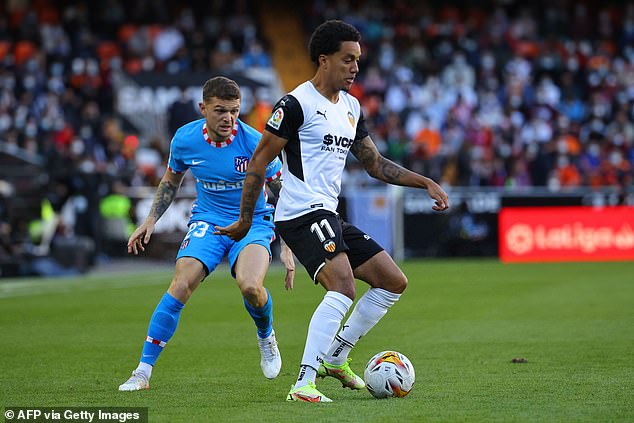 Sime Vrsaljko looked to have sealed the points with a scrappy goal from close range two minutes later that was initially ruled out and then awarded following a VAR review.

But Valencia came alive right at the end of the game, pulling themselves back into contention when substitute Duro slid in to meet a Jose Gaya cross and score in the first minute of stoppage time.

Duro then equalised in the fifth minute of added time with a towering header from a corner, deepening Atletico’s problems after they were easily beaten 2-0 at Liverpool on Wednesday to leave their hopes of reaching the Champions League knockout stage hanging by a thread.

Atletico would have gone up to second in the standings with a win but instead are fourth on 23 points, four behind leaders Real Madrid after 12 games. Valencia moved up to 10th on 17 points.

FCSB owner blames players having sex with their girlfriends too often