Jurgen Klopp has confirmed that Adrian will start in goal for Liverpool in the Community Shield against Manchester City.

But speaking at his press conference ahead of the game, the Reds boss told reporters that he would be without first choice goalkeeper Alisson. 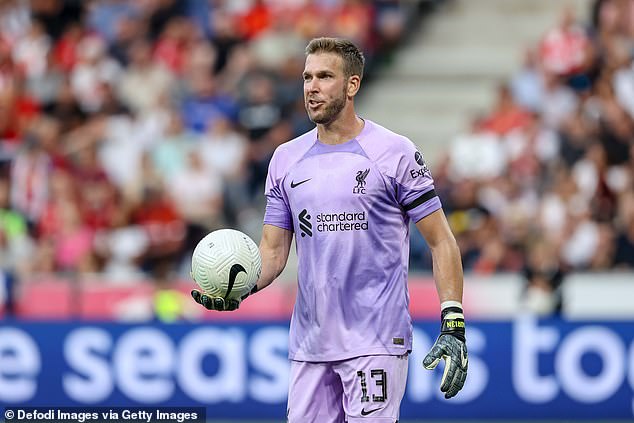 ‘Alisson trained today more than the day before so he will definitely be available for Fulham but not for the weekend,’ Klopp said. ‘Diogo [Jota]… it will take a while, unfortunately.’

Alisson has only played 45 minutes in pre-season so far and that came against Manchester United in Bangkok over two weeks ago.

With understudy Caoimhin Kelleher also unavailable, it means that third choice goalkeeper Adrian will start between the sticks against City.

The Spanish shot-stopper, 35, only made one appearance in all competitions last season as he started the EFL Cup win away at Preston. 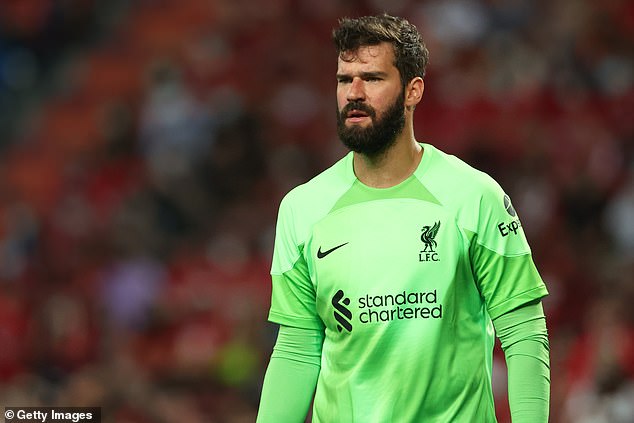 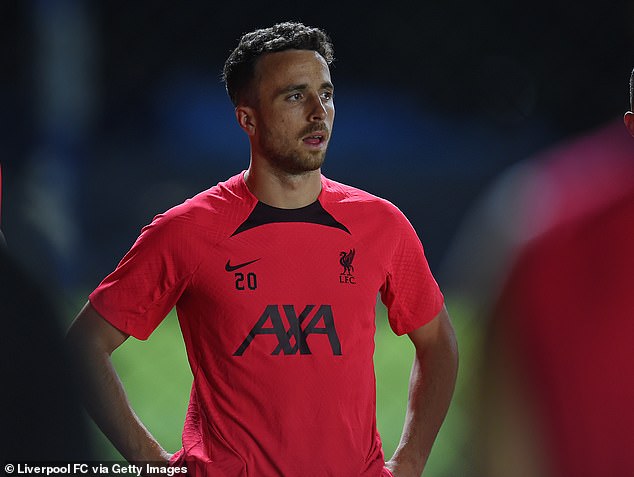 Meanwhile, Klopp’s confirmation that Diogo Jota will be unavailable comes as less of a surprise.

The forward has missed all of Liverpool’s pre-season so far after picking up a hamstring injury while on Portugal duty at the end of the last campaign.

It means that £64million signing Darwin Nunez is set for his first appearance in a Reds shirt on English soil.

The Uruguayan scored four goals in Liverpool’s 5-0 win over RB Leipzig last week, but has failed to find the net in their other three friendlies.