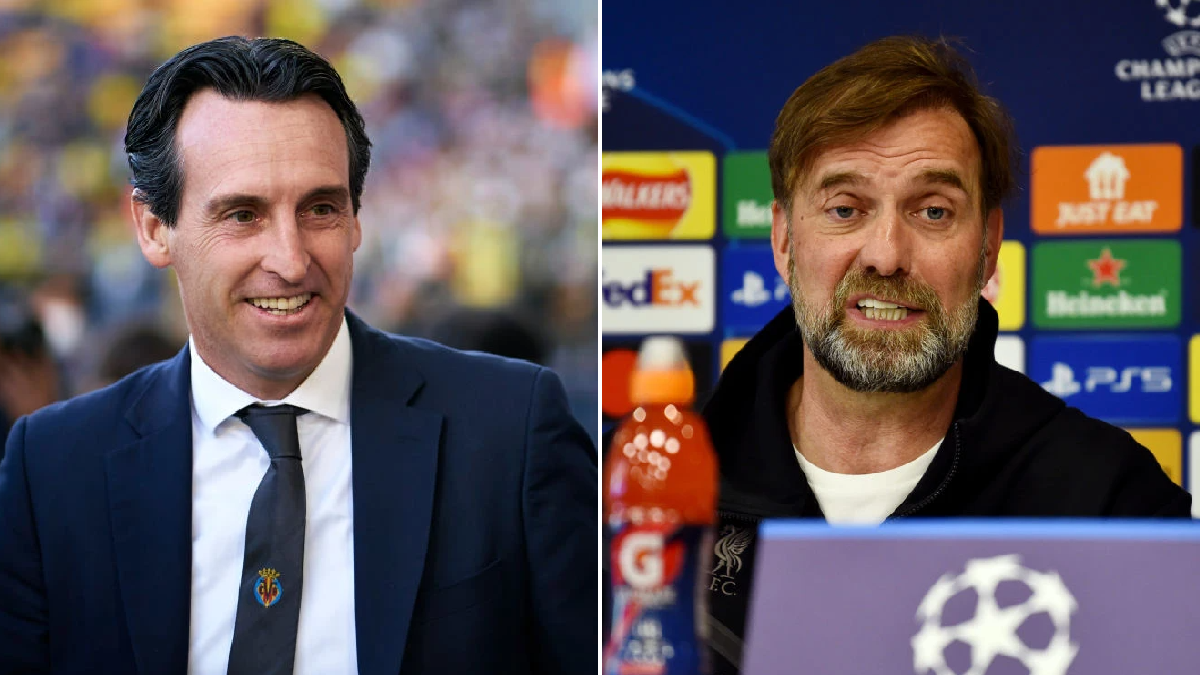 Liverpool boss Jurgen Klopp has praised counterpart Unai Emery and his Villarreal team ahead of Wednesday’s Champions League semi-final first-leg clash and insists the Merseysiders will not be taking their opponents lightly.

The Carabao Cup winners might have expected to be facing Bayern Munich at this stage of the competition but the Bavarians were stunned in the quarter-final by last year’s Europa League winners Villarreal, who won 2-1 on aggregate.

Even though the Spanish side are only seventh in La Liga, Klopp believes they are an excellent team perfectly suited to European football and will not allow his Liverpool side to become complacent – something both Bayern and last-16 victims Juventus may have been guilty of.

Speaking at his pre-match press conference, Klopp said: ‘Of course we did the proper analysing. I had a lot of respect for Unai Emery and Villarreal before, because I saw the games obviously – but only with one eye against Bayern, Juve a little bit.

‘Meanwhile, I watched them properly and… wow! Impressive. Unai is obviously – or at least it looks like it when you watch his team – a detail-obsessed manager who prepares for all different situations in a game and that’s what his teams execute.

‘And obviously Unai is a world-class coach and is doing an incredible job there.

‘Saying that, the good thing about all this analysis is that we are not involved in the games, which is where we have to fit in us and our job has to be that we make life as difficult as possible for them as well and that’s what we’ll try to do over these two legs.’

He continued: ‘We face a very difficult opponent, that’s true. They are made for this competition, to be 100 per cent honest. The way they set up is really, really good.

‘I think there might have been a little advantage [for them] in the last two games in that Juve or maybe Bayern underestimated them, but these kind of things never happened to us.

‘Especially after the last four games there is no chance [of underestimating them] anymore, so this little advantage might have gone.

‘But apart from that they are still a really, really good football team who obviously wants to make history as well.

‘I think it would be the first time that they would go to the [Champions League] final, which would be a massive thing for Villarreal I can imagine. But it is for us the same importance, we want to go there with all we have and that’s what we have to show tomorrow night.’