‘This season is absolutely incredible and it doesn’t end here’: Jurgen Klopp says that missing out on the Premier League title only increases Liverpool’s desire to beat Real Madrid in the Champions League final

Jurgen Klopp urged his players to take their frustrations out on Real Madrid and gloss an incredible season by winning the Champions League.

Liverpool’s manager was unmistakably solemn after his team’s attempts to wrestle the Premier League out of Manchester City’s grasp proved unsuccessful, even though they beat Wolves 3-1 on a dramatic final day.

It was not one of Liverpool’s best performances and there were moments as they tried to find a breakthrough when you wondered whether the emotion of it all might count against them in Paris on Saturday. 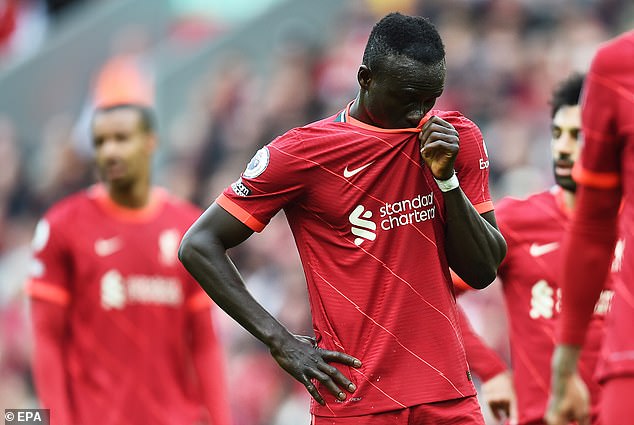 But Klopp was adamant that Liverpool have the resilience for one last push in what will be the 63rd game of a campaign that has already seen them win the Carabao Cup and FA Cup.

‘This season is absolutely incredible, and it doesn’t end here — it ends next week,’ he said. ‘We will try absolutely everything. It’s never, ever happened before that you are completely without knocks going into a final. We had our knocks, obviously.

‘It’s tough, you saw that here, the early goal really didn’t help us. In the end, who cares? When you win the game that’s it.

‘We will have now five days to prepare for the final and that’s what we will do. Then we face an incredibly experienced team, but that’s really OK. Of course, losing the league increases the desire to put it right next week. Yes — it increases the desire.’ 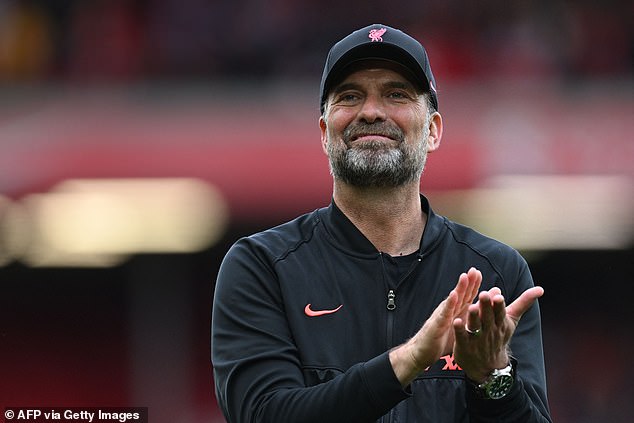 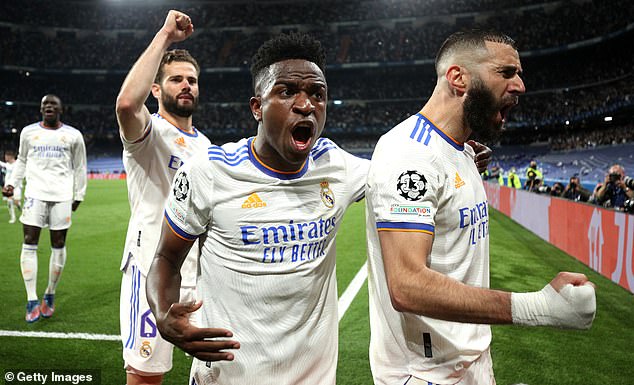 Anfield is an emotional stadium but the atmosphere in the stands as it seemed that City had collapsed, was unlike anything witnessed in the last 30 years as news of each Aston Villa goal spread like wildfire.

‘There was one moment when it was 3-2 and then for a second, I don’t know who started it, I thought (Villa) had equalised again,’ said Klopp with a rueful smile. ‘It was a good moment but it was only a second then everyone went, ‘Nah, nothing happened!’

‘I’d have preferred it if City had been 5-0 up after 10 minutes and then we play the game and it’s fine. But the season was so close, so tight, moments, decisions, these kind of things. One point only apart. 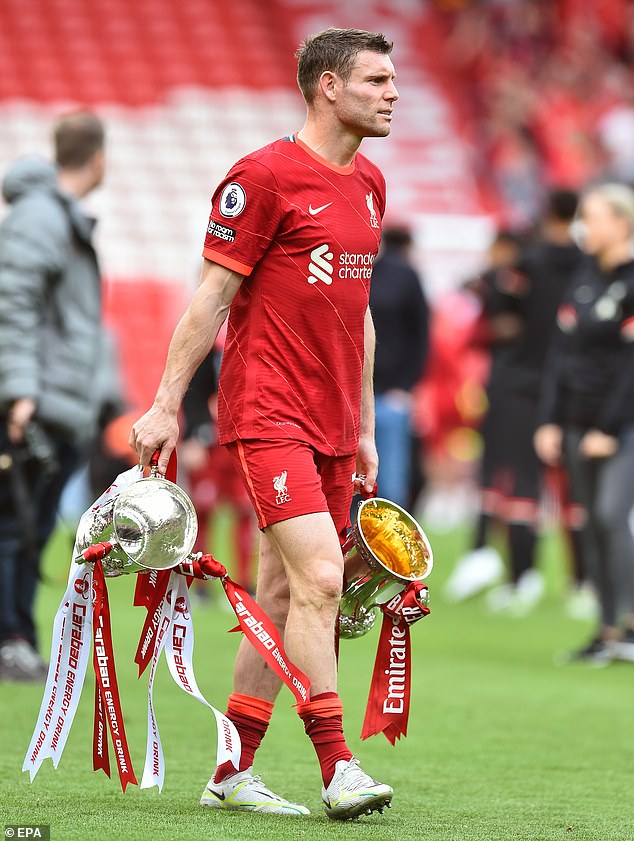 Liverpool will be aiming for a treble in Paris, having already won the FA Cup and League Cup

‘What I learned about life is that if you stay on track and you keep going, you get the reward. Not today the maximum reward, but we will get it. But it’s up to us to keep going. That’s what we will do.’

In any other era, Klopp would be celebrating a third title. He said: ‘There are maybe more worse scenarios, we could have been a point up and didn’t make it. That might feel even worse. Apart from that, it’s not cool. But it’s not completely unexpected.

‘Congratulations to Man City. Pep Guardiola, all staff and all players, the whole club for being champions.

‘We were close but in the end not close enough. That’s how it is.’