‘The decisive parties are talking and that’s all I need’: Jurgen Klopp reveals discussions over Mo Salah’s new contract are ongoing, insisting he is ‘HAPPY’ with the progress being made despite the Liverpool star nearing the final year of his current deal

Liverpool boss Jurgen Klopp insists he is ‘happy’ with how talks over a new contract for Mohamed Salah are progressing behind the scenes.

Salah, 29, is just under three months away from entering the final year of his current Reds deal, which has raised fears that he could be on his way out of Anfield in the near future.

But Kop officials have been negotiating an extension with the Egyptian, who has scored 153 goals in 240 appearances since joining from Roma in 2017, and his agent Ramy Abbas Issa for a number of months – and Klopp is pleased with the way negotiations are faring. 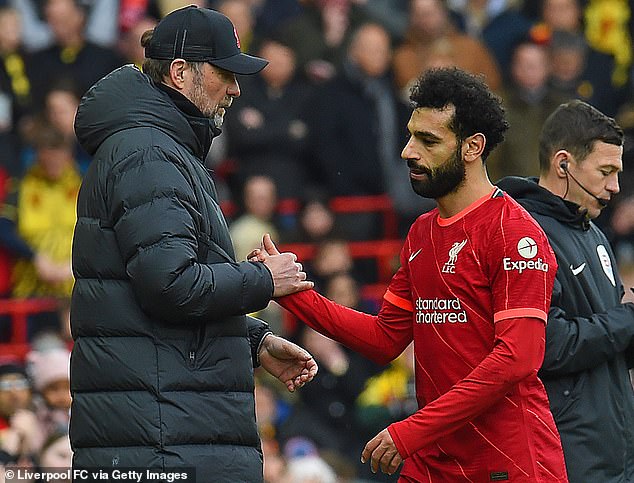 ‘I am happy with it because nothing new to say, that’s good,’ he said at his press conference ahead of Liverpool’s Champions League quarter-final tie against Benfica on Tuesday.

‘The decisive parties are talking and that’s all I need.’

Tying Salah down to a new deal is essential for Liverpool, with the former Chelsea and Basel man considered by many to be the best player in world football right now.

He is currently on course to register his highest goal tally for the club since his record-breaking debut campaign at Anfield, in which he scored 32 times in 36 Premier League appearances. 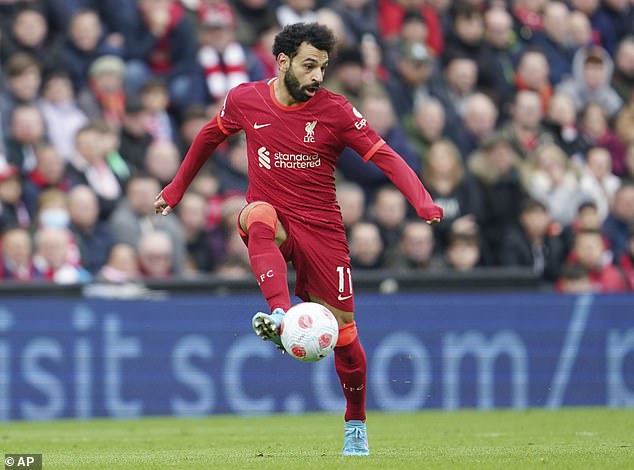 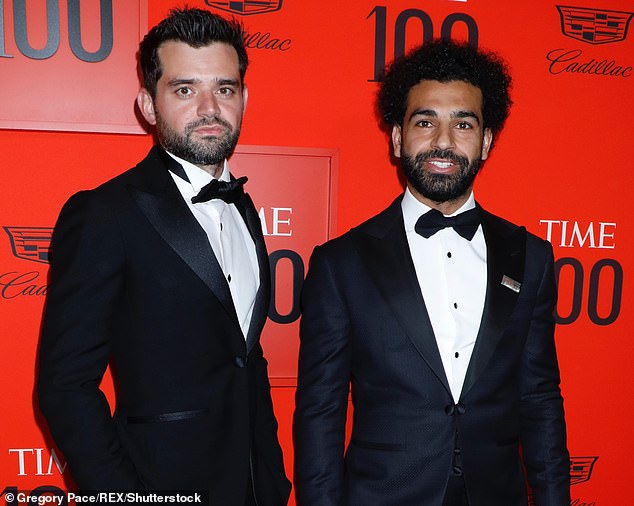 This season, Salah has produced a return of 20 goals in 28 matches, helping Klopp’s side keep pace with Manchester City in the title race.

Nevertheless, having not scored a Liverpool goal in over a month now, and recently returning from a disappointing international break with Egypt in which they failed to qualify for the World Cup, Klopp needs to lift his star man’s spirits and get him back firing again.

Yet the German instead responded: ‘For me, the performance level is important, how he brings players together.

‘It’s a tough period for Mo and Sadio [Mane], coming back from international duty and being available again. We see him every day – there is nothing to worry about.’ 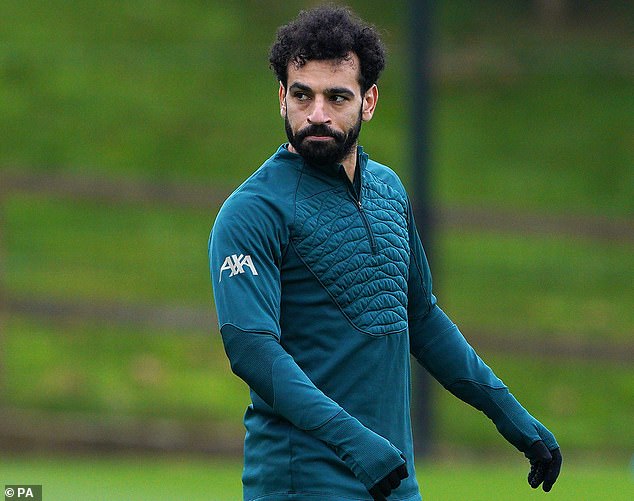