Jurgen Klopp claims Liverpool’s third-place finish last season is ‘just as big’ as their Premier League title win a year before, after admitting Virgil van Dijk, Joe Gomez and Joel Matip injuries meant ‘we had to play with no defence’

Jurgen Klopp has claimed Liverpool’s third-place finish last season is ‘just as big’ as the club ending their 30-year wait for a league title because injuries reduced them to playing ‘with no defence’.

With numerous first-team stars out on the sidelines, Liverpool were unable to keep up in the title race and relinquished their Premier League crown to Manchester City, eventually finishing some 17 points off Pep Guardiola’s side. 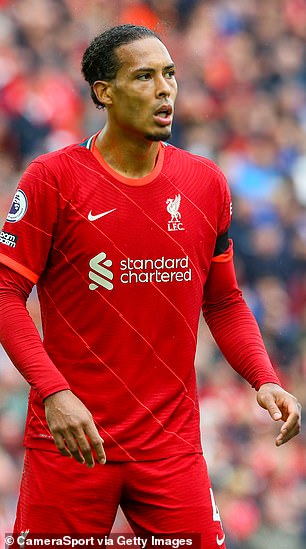 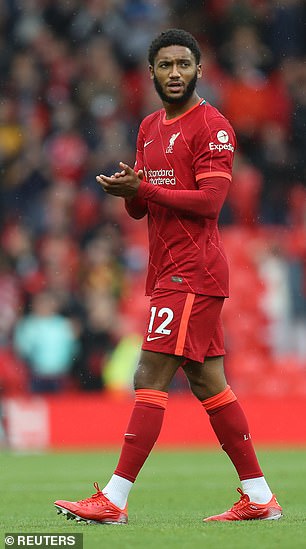 At one point in the season, it seemed as if Liverpool would miss out on Champions League football altogether, but despite Klopp having to dive deep into his reserves, they managed to overcome their injury woes to finish third after a strong end to the season.

Klopp had to promote players into the first-team with the likes of Nat Phillips, Rhys Williams and Neco Williams stepping up to play important roles.

Speaking about their troubles last term, Klopp told BILD: ‘The biggest problem was that we had to play without a defence. 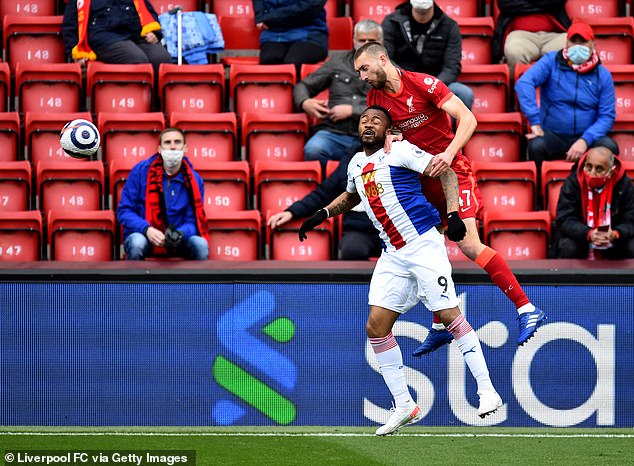 ‘Van Dijk, Matip and Gomez are out. It took us until we could deal with it. Our structure was just gone. We couldn’t play what was normal for us before.

‘Third place is just as high as the championship title the year before.’

Klopp, understandably, dipped into the market this summer to bolster his defensive options in a bid to avoid the same situation, bringing in Ibrahima Konate for £36million.

Konate is yet to play this season, but is only 22 and is viewed by the club as a long-term investment.

The Frenchman is their only significant outlay this summer, and although other clubs around them have strengthened, with the return of Van Dijk and other key players Liverpool will have hopes of challenging for the title again this season.

Klopp’s men have made a bright start to the new campaign, thrashing Norwich 3-0 on the opening day and following it up with a comfortable victory against Burnley on the weekend. 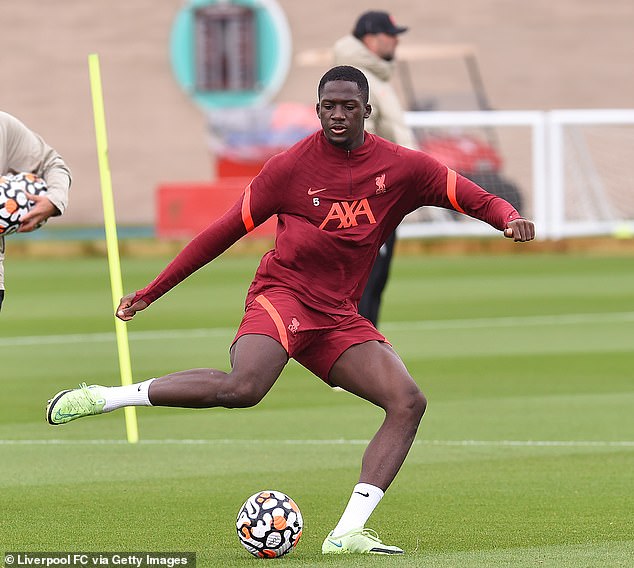 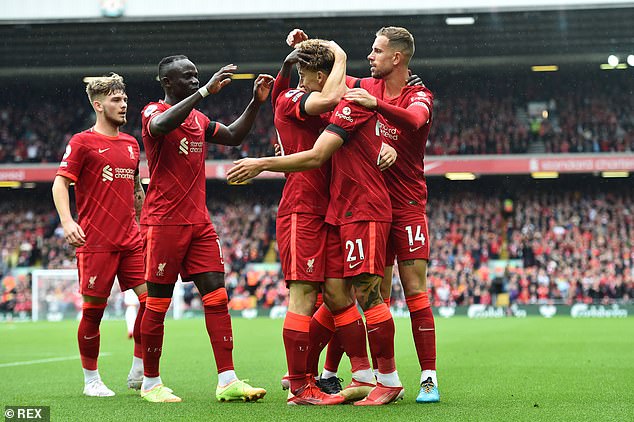 Liverpool have made a strong start to the new season, winning their opening two matches

That was the first time Liverpool had played in front of a packed out Anfield since early 2020, and the importance of having the fans back is not lost on Klopp.

‘That was the start and it should hopefully stay that way so that the situation around the world improves so that you don’t only see such pictures in English stadiums.

‘There were moments when it was difficult to hold back tears. It’s only a real game if you can enjoy the atmosphere.’