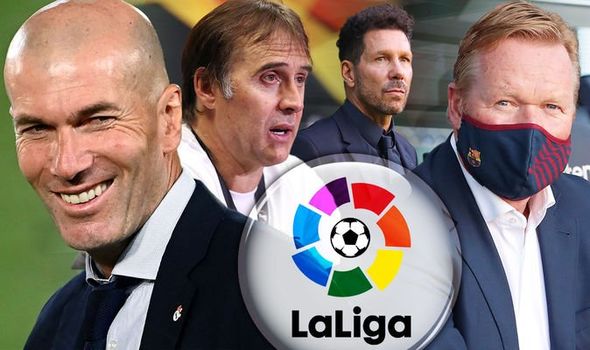 The Premier League isn’t the only major European league that returns this week.

The Premier League isn’t the only major European league that returns this week, with La Liga getting underway on Friday night with Granada at home to Athletic Bilbao.

It’s been a relatively quiet summer by way of transfer dealings in Spain, but the league still boasts some world-class players and remains one of Europe’s strongest leagues.

Real Madrid, Barcelona, Atletico Madrid and Sevilla don’t start until a bit later as they’re given extra time to recuperate following their European commitments in the summer, but soon enough they’ll be in full flow along with 17 other sides.

Here’s everything you need to know about the upcoming La Liga season.

Real Madrid are the favourites to retain their crown as they aim to win back-to-back La Liga titles for the first time since 2008.

They were behind Barcelona as Spain went into lockdown back in March, but emerged from the hiatus as the much stronger side, wrapping up the league title in relentless form with nine consecutive wins.

Zinedine Zidane has a settled squad at his disposal with little in terms of transfer business, neither out nor in, but they’re boosted by the return of Martin Odegaard after his impressive stint on loan at Real Sociedad last term.

Barcelona are in meltdown after their mediocre post-lockdown form and humiliating 8-2 defeat to Bayern Munich.

Lionel Messi’s transfer request has been the story that’s dominated the summer, but the Argentinian will remain amid a reluctance to fight a legal battle – but the six-time Ballon d’Or winner made it clear he’s unhappy with the club’s board and is staying against his will.

Ronald Koeman, a key figure in Johann Cruyff’s dream-team, has returned to succeed Quique Setien in the dugout and has been tasked with picking up the pieces. 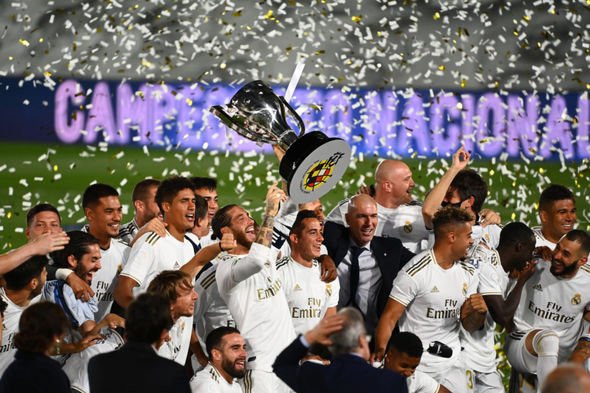 Arthur and Ivan Rakitic have left and Luis Suarez is set to follow, while Portuguese starlet Francisco Trincao and Juventus midfielder Miralem Pjanic have arrived, while Philippe Coutinho is set to be welcomed back into the fold. Liverpool’s Georginio Wijnaldum and Lyon’s Memphis Depay have been tipped to arrive, joining their former Netherlands coach at the Camp Nou.

Things aren’t looking good for the Catalan giants, but they’ve set a precedent of responding to adversity in the recent past. They recorded a record 100-point tally following Pep Guardiola’s departure, and rallied to win a domestic double, and were one game off an unbeaten season, after Neymar’s shock move to PSG in 2017.

Atletico Madrid went through a transitional season last term and struggled to integrate their new players, but improved as the season went on and still registered a third-place finish. Diego Simeone will be looking for further progress this year, and more from record signing Joao Felix, as he looks to capitalise on the big two looking less than vintage.

Sevilla may consider themselves dark horses after the strong finish to last season, winning the Europa League and wrapping up a fourth-place finish with the longest unbeaten run in club history.

Former Spain and Real Madrid coach Julen Lopetegui made a great start to life in Seville and sporting director Monchi will be looking to him for him to continue on an upward trajectory.

Midfield talisman Ever Banega has left for Saudi Arabian club Al-Shabab, but Rakitic has returned to the club to replace him. The club will also have their work cut out to replace left-back Sergio Reguilon, outstanding in his loan from Real Madrid last season, and tipped to join Manchester United.

Perennial basket case club Valencia have looked to do a total rebuild this summer, inviting fire from their fanbase after allowing key players Rodrigo (Leeds), Ferran Torres (Man City), Francis Coquelin and Dani Parejo (both at Villarreal) to leave. It’s a bold strategy to say the least, and former Watford boss Javi Gracia has his work cut out to have them challenging for the top four.

Villarreal, with Unai Emery now in charge, have lost Santi Cazorla to Qatari club Al Sadd. He will be a big miss as the 35-year-old put his injury struggles behind him and was exceptional for them last term.

But Coquelin and Parejo should prove great business at just €6.5m combined, and Japanese starlet Takefusa Kubo is an intriguing prospect, on loan from Real Madrid.

Real Sociedad have been boosted by the arrival of David Silva, back in La Liga after ten years away, softening the blow of seeing last term’s main creative presence Odegaard return to Madrid. Imanol’s young side were wonderfully entertaining at times last season and will have ambitions of better their sixth-place finish.

Getafe – ‘the Spanish Burnley’ – have done remarkably well to punch above their weight in recent years, knocking Ajax out of the Europa League last season. Jose Bordelas might have taken them as far as he can, eventually falling away to finish eighth last term, but he worked wonders to have them challenging for the top four on such a comparatively miniscule budget.

Cadiz, known for their boisterous and good-humoured fans, have returned to the top flight after a 14-year absence. It’s a shame that their usually-so-atmospheric Ramón de Carranza stadium will not be welcoming fans for the foreseeable future.

They finished as runners-up to Huesca in the Segunda Division last season. Manager Michel has done a good job to guide the club straight back to the top tier at the first attempt, following their relegation in 2019.

They’re to be joined by Elche, who finished sixth in the second tier but won the play-offs, who edged out Catalan side Girona 1-0 in the two-legged final last month.

As ever for promoted sides, Elche, Huesca and Cadiz will simply aim to consolidate their place back in La Liga in 2020-21 and will consider avoiding the drop a success.

Near ever-present top-flight side Espanyol suffered a shock relegation last season, which should serve as a warning sign to the likes of Celta Vigo and Real Betis, who weren’t far off the bottom three come the close of play in 2019-20.

Alaves, Real Valladolid and Levante all finished in the bottom half last season and could conceivably be dragged into trouble next time out.

Minnows Eibar – who come from a town whose inhabitants could fit in Real Madrid’s Santiago Bernabeu Stadium three times over – have worked miracles to stay in the top flight since their fairytale promotion in 2014, but sooner or later they may struggle to maintain the same standards.

Jose Luis Mendilibar is an astute coach, however, and will be confident of working wonders there once again. 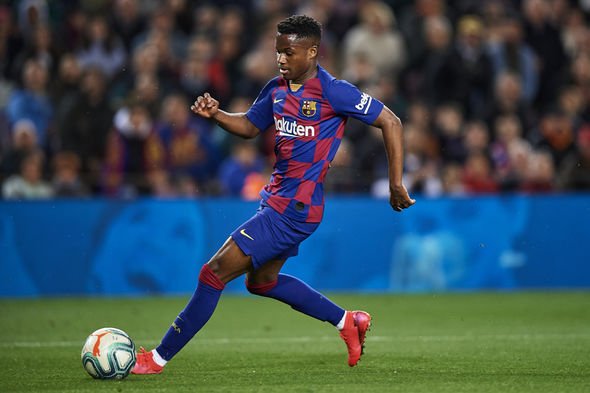 17-year-old Barcelona winger Ansu Fati was sensational in his first start for Spain earlier this week, going on a skilful dribble to win a penalty before firing in a long-range effort against Ukraine. He’ll be looking for increased opportunities this season at the Camp Nou and to take that early momentum into the new campaign.

Five years on from arriving at Real Madrid as the next big thing, Martin Odegaard is still just 21-years-old and delivering on the hype. He was excellent for Real Sociedad last season and looks ready to make an impact at Los Blancos.

Having now had a year to bed in at Atletico Madrid, big things are expected of Joao Felix. He’s still just 20-years-old and showed flashes of the form at Benfica that made him one of Europe’s most in-demand youngsters last summer.

Elsewhere, Athletic Club have arguably upgraded on Kepa Arrizabalaga after selling him for a world-record fee for a goalkeeper back in 2018. Academy graduate Unai Simon, 23, has caught the eye between the sticks and could be challenging David de Gea and Kepa for the No 1 shirt for Spain at the Euros next summer.

Mason Mount admits he 'couldn't get near' Liverpool target Thiago

Police arrive at The Valley as Charlton's civil war rumbles on

Man Utd boss Solskjaer provides update on defender transfer targets
Recent Posts
This website uses cookies to improve your user experience and to provide you with advertisements that are relevant to your interests. By continuing to browse the site you are agreeing to our use of cookies.Ok