Frank Lampard has warned Chelsea he wants a resolution on Anthony Gordon’s future and has set a deadline beyond which Everton will no longer consider selling the England Under 21 international.

Gordon has been the subject of persistent interest from Chelsea and has told Lampard he wants to move.

But Goodison Park officials have not yet received a firm offer, despite there being suggestions that a £60million package is imminent.

Lampard has included Gordon in his squad for Saturday’s fixture at Brentford and has been impressed with how the forward has dealt with the scrutiny on him. Had there been any doubts about his attitude, the 21-year-old would not have travelled. 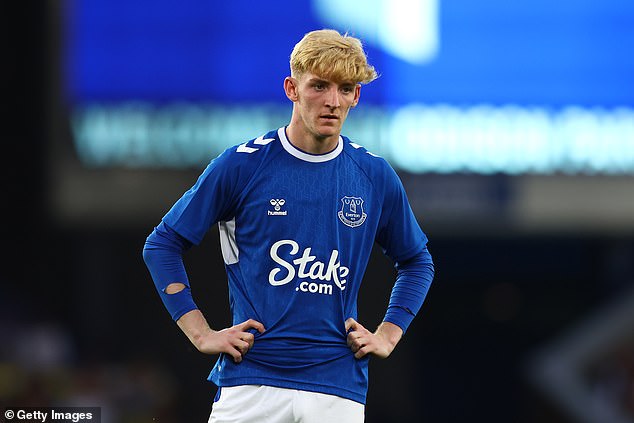 There is an expectation that Chelsea will come up with an offer, possibly one that also includes Armando Broja on loan, but Lampard’s patience is wearing thin.

‘We have drawn a red line,’ he said. ‘It is very difficult. I got asked last week, “Will he be here at the end of the window?” It was an impossible question to answer, really. But I am working to try and put a squad together.

‘There absolutely has to come a time where we understand what the squad is going to be, especially a player of the level of Anthony.

‘I have to know he is going be here and the good thing is here at the club, myself and everybody involved upstairs has the same kind of thinking.

‘I won’t say where it (the cut-off point) is, but I think you understand I am getting very close to it.’ 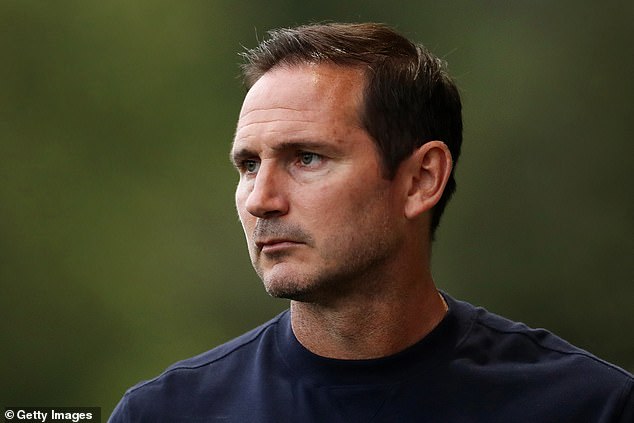 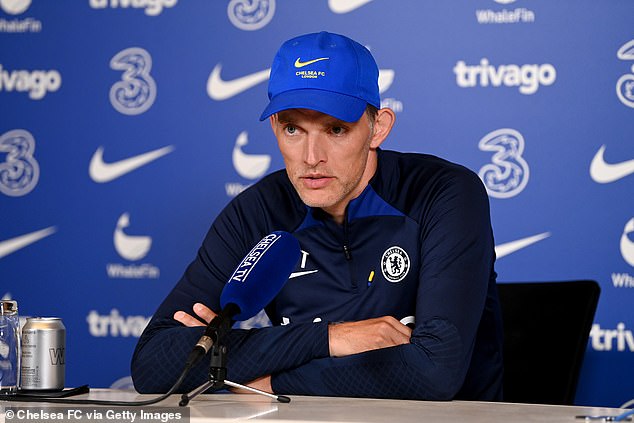 Lampard added: ‘Anthony is going to be a top, top player for club and country and these are experiences he is going to gather over his career.

‘He’ll just have to take those experiences and get a bit better for them.’

Everton confirmed the signing of Brighton forward Neal Maupay on Friday night on a three-year deal for a fee that could reach £15m, though he was not registered in time to be involved on Saturday.

It spoke volumes that they were happy to let Dele Alli go on loan to Besiktas given how short they are of goals. 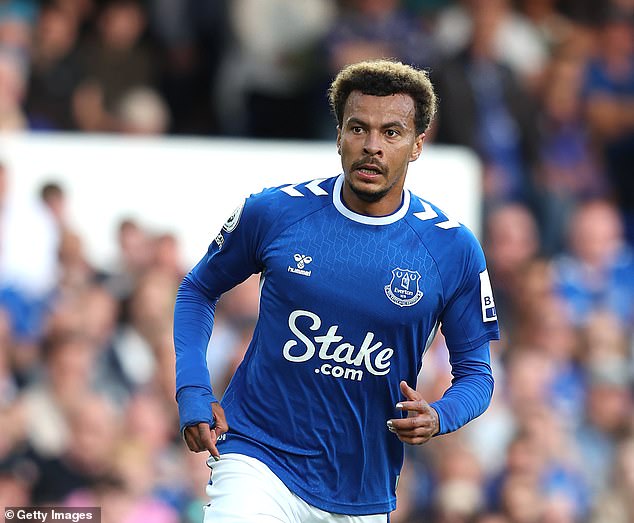 Lampard was blunt in revealing why the former England player has left within eight months.

‘Having worked closely with him, I have to say he does need to understand the relation of training and focus at the highest level, what that means to performance,’ said Lampard.

‘I’m not saying anything I wouldn’t say to any player. It’s not just the Dele story.

‘I’d say it to any player because it’s the only thing I know.’