At a five-star hotel and spa in Belfast this week, football’s lawmakers will sit around a table and decide whether or not to turn on the lights.

When VAR was brought into the Premier League, it came with the promise of benefiting the game. Referees would make more correct decisions, clubs would avoid the raw end of wrong calls with so much at stake.

Yet in this pursuit of justice through a microscope, football’s lifeblood was left in the dark. 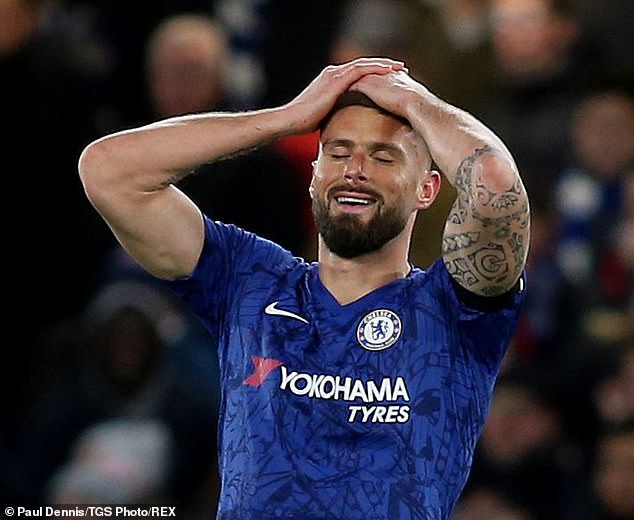 VAR has made watching football a turgid experience for fans many who spend their money following their team around the country.

Chants of ‘F*** VAR’ are now a weekly staple of the supporter songbook at Premier League matches as goals are ruled out by an armpit after minutes spent watching players kick their heels while the referee stands with his finger in his ear waiting to hear the verdict of a colleague miles away in a dark room, drawing lines on a frozen picture.

Fans have no idea what is going on aside from a message on the big screens to kindly inform them that a VAR review is under way for a possible penalty. They cannot hear anything, they cannot see anything. They do not know if they can celebrate or commiserate.

If VAR is to be saved, it must bring the fans out of the shadows and make them a part of the process. And, at last, the dimmer switch may start to be turned up.

The International Football Association Board (IFAB) meet in Holywood on Saturday for their annual general meeting. It is here, at the Culloden Estate Hotel and Spa, that any changes to the Laws of the Game will be made. 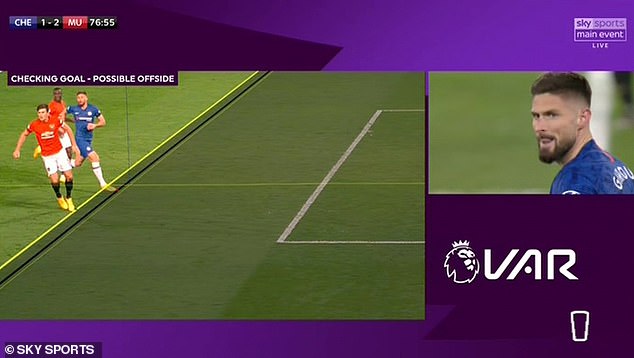 VAR is, unsurprisingly, high up on the agenda. And they will have the chance to vote through changes to allow the discussions of the VAR and the officials to be broadcast in the stadium as well as allowing replays to be shown on screen. 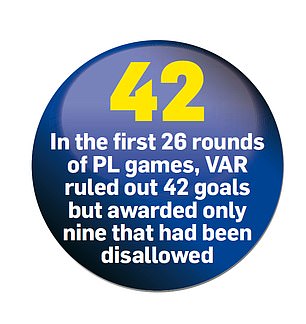 This must be allowed. In cricket, the third umpire reviews are broadcast around the ground and on television. Spectators at rugby matches can tune into TMO reviews via an earpiece.

IFAB’s current laws forbid the discussions between the referee and his officials from being broadcast inside the stadium. Originally, they were not keen on changing their stance. Their view was that having their dialogue pumped around the stadium would put officials under even more pressure.

They have changed their tune since then. International federations, especially Australia and America where their major sports are accustomed to open video review systems, have pushed for the ban to be lifted. Australia even submitted a three-stage plan for how it could be implemented. 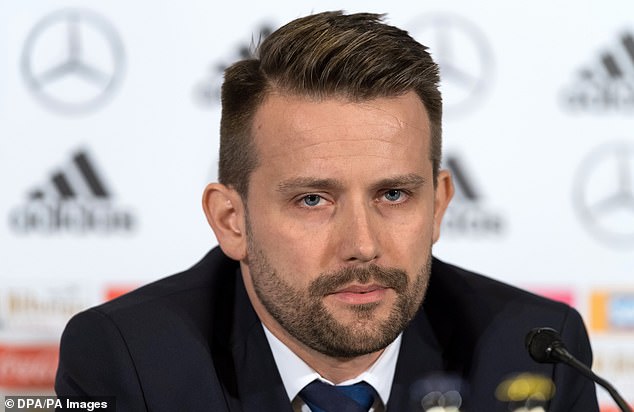 IFAB have listened, cast their own eye at how broadcasting reviews in cricket and rugby works so well, and look ready to make a change.

‘We have been looking at how we can improve communication with fans inside the stadium and behind the TV,’ IFAB secretary Lukas Brud told the Mail on Sunday. ‘Football is entertainment and we have to look at what do competitions need for VAR to be accepted with the public.’

Broadcasters already have access to the VAR discussions. It is time for fans to listen in too. Replays of key incidents are shown after reviews. Show them while they happen.

Any change must be passed by a vote. There are a total of eight. Fifa have four and each of the Home Nations has one apiece. A proposal needs six to pass into the laws.

This would be a huge step in the right direction for VAR. But only a first. Others are needed too, especially on offsides, rolling replays frame by frame, drawing lines, ruling out goals by an armpit with technology that cannot be certain.

Those changes are going to have to wait. No alterations to the offside law or how VAR judges them are to be made. And certainly not Arsene Wenger’s desire to rewrite the law altogether. 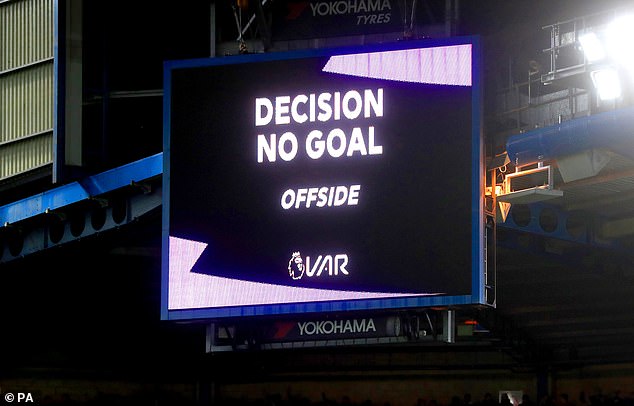 Fifa’s new head of global development, who will be at the meeting on Saturday, wants the law changed so that instead of a player being offside if any goalscoring part of their body is ahead of the last defender, they will remain onside as long as a part is level or behind.

Olivier Giroud’s goal that was disallowed against Manchester United would, under Wenger’s law, be given.

Wenger wants to hand the advantage back to the attacker. In the first 26 games so far, VAR has ruled out 42 goals that were originally awarded. Only nine that were disallowed on the field have then been given.

It’s admirable to try to switch it, even if it would lead to more problems than it solves, which are also not the ones it was dreamed up to fix. VAR would still agonise over the dotted line, just a few feet further back.

Defending, especially at set pieces, would become impossible. Teams would have to sit further and further back. That’s not good for football. Nor is it for a new law, which would dramatically affect every single level of football, to be forced through because of issues with VAR in the Premier League. 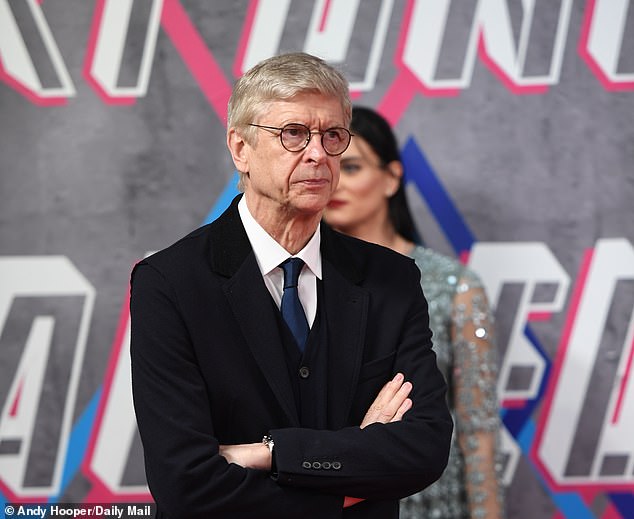 As much as Wenger may have said there ‘is time to do this very quickly’, the change will not come in time for Euro 2020 or for next season. IFAB’s own protocols do not allow rule changes to passed that were not discussed at the annual business meeting in December.

The FA are also believed to have been reluctant to allowing any change without a trial period while the Premier League referees body was concerned their linesman would have to completely retrain in not time at all.

Wenger could submit his proposal at the meeting for discussion but it cannot be voted into the laws at this stage.

The Premier League, meanwhile, have discussed using thicker lines to judge offsides to help build in a margin of error.

Elsewhere, there is due to be a clarification of the controversial new handball law that says a goal cannot stand if it strikes an attacker’s arm — even unintentionally — in the build-up to a goal.

IFAB will make clear the rule does not just apply to the goalscorer but any attacking player involved.