The Blues have made the move following their 3-0 home defeat to Bristol City, after which Sky Sports News reported Karanka was no longer their manager.

Birmingham confirmed on Tuesday evening that Karanka had “stepped down” from his role with the Championship club, shortly before announcing Bowyer’s appointment on a deal that runs until June 2023.

We are delighted to announce the appointment of Lee Bowyer as our Head Coach.

Bowyer announced his resignation as Charlton boss on Monday after three years in charge of the League One club, which included one season in the Championship after he led them to promotion.

The 44-year-old played for Birmingham for two years in the Premier League between 2009 and 2011, making almost 100 appearances for them in all competitions and scoring 12 goals. Karanka leaves with the Blues embroiled in a relegation battle after a run of just three wins in 19 Sky Bet Championship matches, which has left the club 21st in the table.

“Birmingham City are delighted to announce the appointment of Lee Bowyer as the club’s head coach,” a club statement said.

“The board of directors identified Bowyer as their number one candidate, highlighting his man-management skills and motivational qualities as paramount for the incumbent of the club’s head coach position.”

Birmingham lost 3-0 at home to Bristol City on Saturday and although they sit three points above 22nd-placed Rotherham United, the Blues have played four more games than the club currently occupying the final relegation spot.

“I’m absolutely delighted and it’s great to be back,” Bowyer told the club’s website. “I’ve already seen some of the old faces from when I was here last and I’m just really looking forward to getting to work.

“My priority is to lift everybody. Not just the players, the staff as well. It seems like it’s not been in a very good place, so I’ve got to lift them.

“I’ve got to try and implement what I want very quickly. The team will improve, I have no doubt about that but we already have a good base to work with.

“We have to pull together as a club to make sure we are in this division next season so the fans can come back and appreciate what we do in this short space of time.”

Birmingham confirmed that Bowyer had taken training on Tuesday morning and that he will be in the dugout for Wednesday’s home match against Reading. The club added that Bowyer’s backroom staff would be “revealed in due course”. 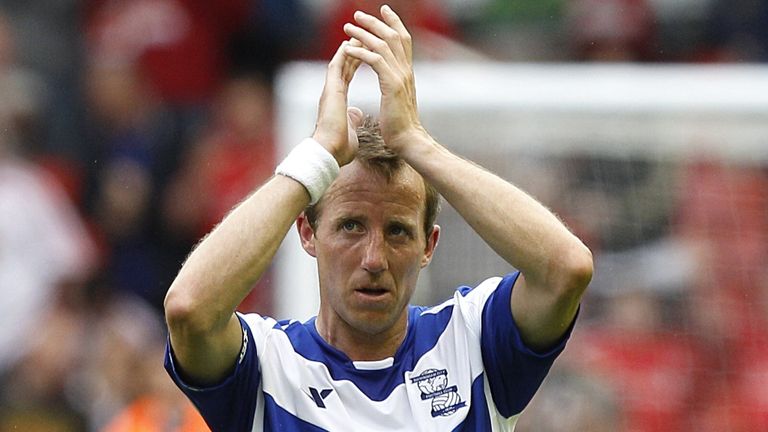 “He is a coach who has been on our radar for some time now and as a former player he knows exactly what it means to be a part of this football club.

“We believe he is the man to take us forward, initially in achieving our short-term goal of staying in the Championship and then further into the future as well.

“We are delighted that Lee has joined us at this important stage of the season and we are all committed to ensuring that he and the team are a success.”

Karanka took over at St Andrew’s last summer on a three-year contract, after Pep Clotet was dismissed, but has been unable to improve the club’s fortunes.

On Saturday the Spaniard vowed there was “no chance” he would quit the role, but the club said on Tuesday that he had “stepped down” from his position.