Aston Villa kept up their unbeaten start to their pre-season campaign after beating fellow Premier League Leeds in a fiery spectacle in Brisbane.

Danny Ings netted from the penalty spot shortly after the hour mark to settle the full-blooded contest, which saw a number of grizzly tackles force stoppages.

The margin of victory for Steven Gerrard’s side could perhaps have been larger, given they missed several chances to increase their lead in the heat. 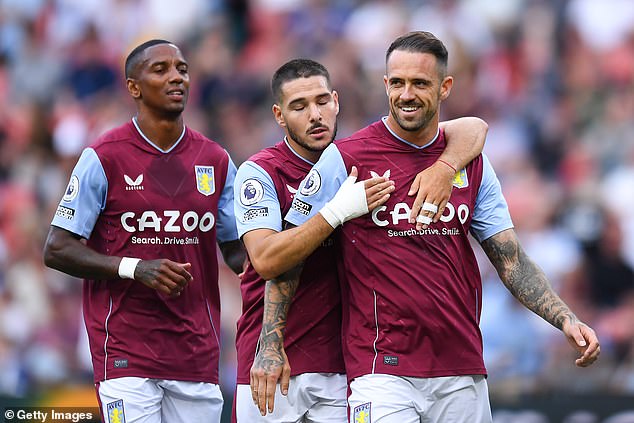 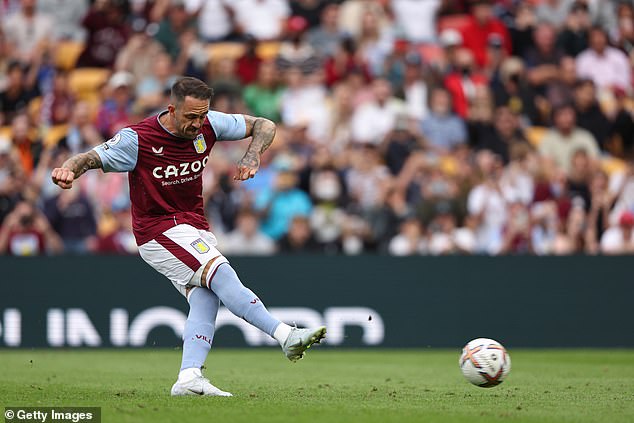 Ings coolly slotted in from 12 yards in the second half, helping Villa earn the victory in Australia

It was Leeds who started the brighter, however, after Jack Harrison set off on a weaving run towards the box and pulled the trigger, only to send his shot wide.

Down the other end, Villa were then awarded a penalty with 24 minutes on the clock, with Tyler Adams penalised for handball after good work from Philippe Coutinho.

The playmaker stepped up to take, although goalkeeper Illan Meslier superbly stopped the spot-kick. He was equally alert to then keep out the rebound. 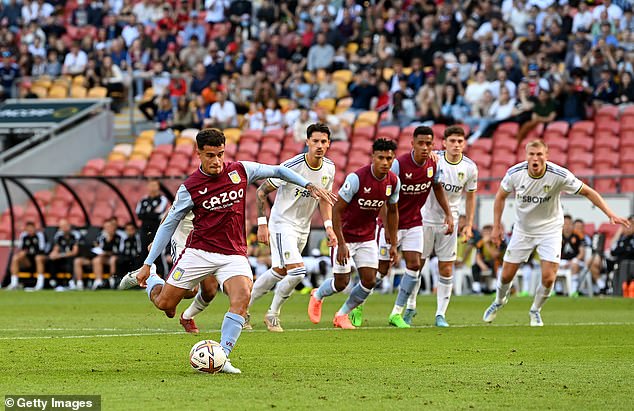 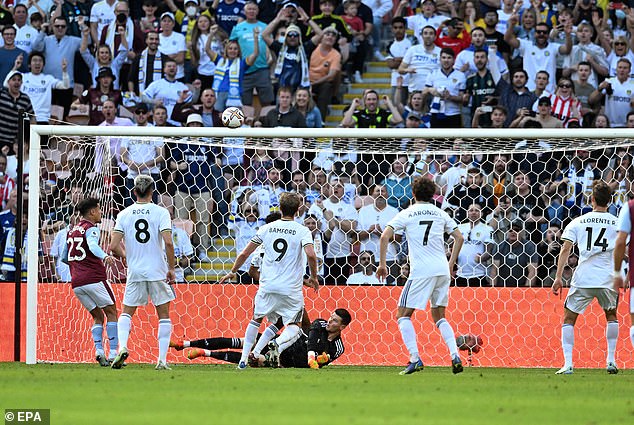 Illan Meslier guessed correctly to save the penalty, and also got up to deny Coutinho’s rebound

Just moments later, Villa found themselves through on goal once again. Coutinho slotted Watkins away, but once more, Meslier was on hand to preserve the deadlock.

Leeds came forward through Brenden Aaronson, who played Patrick Bamford into the box. He was denied by Robin Olsen, with Daniel James scuffing a follow-up wide.

At the start of the second half, Villa made nine changes and even had the ball in the net through Ings’ finish, although the goal was chalked off for an offside call.

The same striker and Harrison then exchanged chances at either end, with the former smashing into the side netting and the latter dragging his effort poorly. 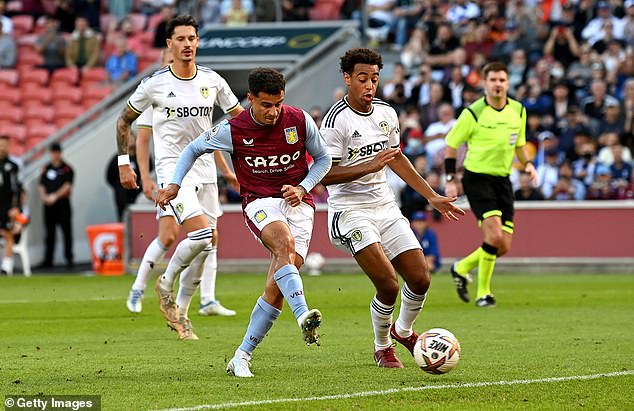 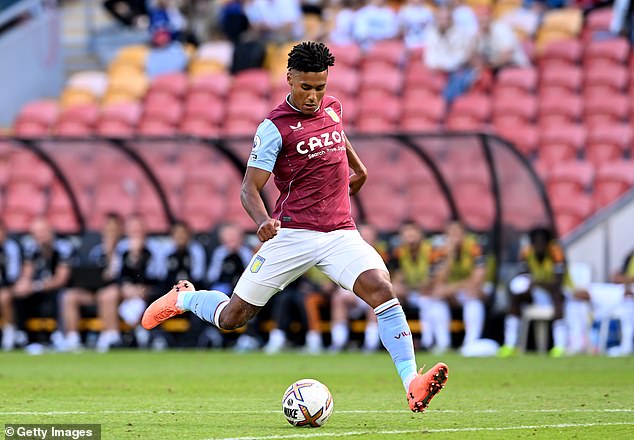 OIlie Watkins missed a chance after being played through, with his shot smothered by Meslier

Shortly after, it was the Whites’ turn to reshuffle their ranks, with six players, including youngster Archie Gray, introduced into the thick of the action.

Just a minute later, Villa took the lead. Leif Davis was penalised for another handball, awarding the Midlands outfit a second penalty. Ings made no mistake from 12 yards.

Leeds’ afternoon took another turn for the worse when Gray was forced off the pitch on a stretcher, following a poor challenge from John McGinn, who was booked. 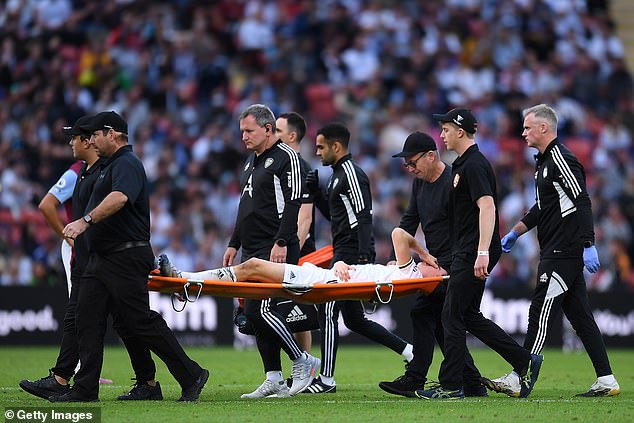 Premier League’s top 10 wonderkids – who is the greatest?