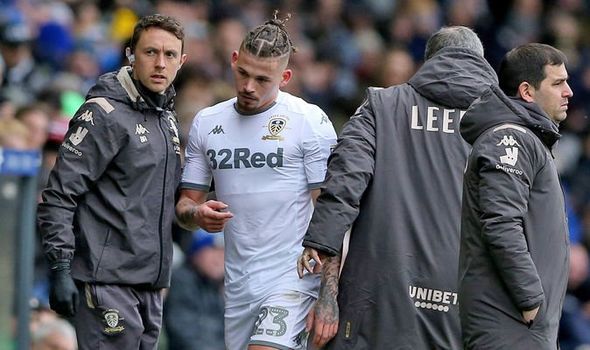 Leeds United fans are fearing the worst after Kalvin Phillips was forced off during the first half of Saturday’s Championship clash against Reading. Phillips was replaced by Ezgjan Alioski in the 38th minute at Elland Road.

He went down injured off the ball with a left leg injury and was substituted after attempting to hobble on.

Phillips is an integral member of Marcelo Bielsa’s first team so the Leeds head coach will be praying it is not too serious.

Whites fans, however, took to Twitter to despair about his injury with the game goalless at half time.

KEY STORY: Leeds vs Reading live stream and TV channel: How to watch the Championship match 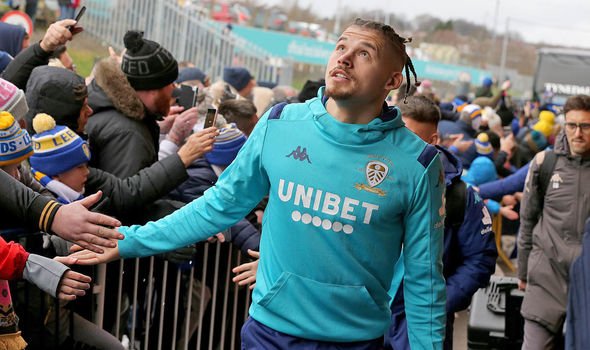 “Oh boy it’s all going wrong the one player we can’t loose,” a third added.

“Phillips going off is gonna kill us,” a fourth commented.

Another wrote: “Phillips off injured, not good news.”

While a final fan said: “This sounds like it could be one of those days.”

Phillips recently returned from a three-match ban for a red card in the defeat to QPR.

While many pundits and fans believed the breather would do the 24-year-old the world of good, Bielsa was not quite singing from the same hymn sheet.

When asked to how the suspension had affected his performances, Bielsa said: “A worse effect.

“He was three matches out. He played the match with the Under-23s. Technically he was very good. The attitude he played with was excellent. He had problems in coordination, speed, agility.

“In the match against Brentford, he had few opportunities to touch the ball and organise the play. Just from the minute 30 to 45 he was in contact, the rest of the match no. He had good recoveries when danger was in front of him.

“The player he faced, their 14 [Josh Dasilva], that is a number eight, neither defensive nor offensive. Not offensive like the playmakers he is used to playing. It’s like most of the playmakers of our opponents. He had problems to face this player when he changed direction with the ball. 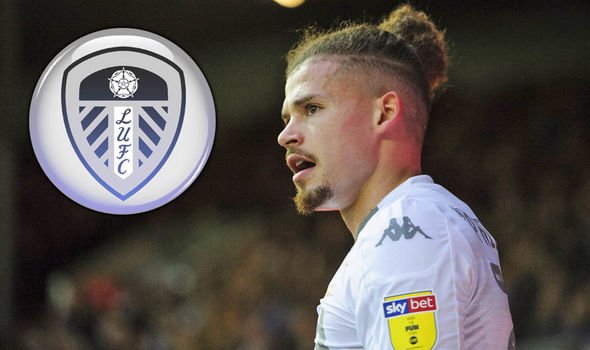 “Those two situations, few contact with the ball to build attacks and lack of agility to adapt in defence with change of direction of the opponent are linked with the situation he was out three matches. He lost a footballistic level, as is natural.

“You can recover some things just playing, even this description he had a positive impact in the match against Brentford for us because he really knows how to cover our players in defence, but he recovers his real level in the last match. He has defended against players like attackers or playmakers like their number 20 [Jamie Paterson].

“There he had more impact in defence and was more efficient. To know what I am saying is true, normally Kalvin makes double or triple of the movements of high intensity than our centre-backs, at maximum speed.

“In the match against Brentford, he didn’t do double or triple, he did just half of the centre-backs, but last match he came back to his normal values. That means the fact that he didn’t play three matches, the situation made him worse. After he started playing the situation improved him.

“Those conclusions are not my point of view. It’s a description of the images and Kalvin’s play in the pitch. It’s not an opinion. It’s just one description.”