Leeds head coach Jesse Marsch wants to use the departures of star players Kalvin Phillips and Raphinha to better align the squad with his playing style. The Whites received around a combined £110million for the duo and have reinvested the money in players familiar with Marsch’s ideas – and the American believes it will ultimately make his squad stronger.

There have been some concerns that Leeds might struggle after losing their best players, who have been sold to Manchester City and Barcelona, respectively. But the cash received for both has been spent on six new additions.

Three of those have been purchased from the Red Bull group. Attacking midfielder Brenden Aaronson and full-back Rasmus Kristensen have arrived from RB Salzburg, while midfielder Tyler Adams has joined from RB Leipzig. Marsch has managed both clubs.

Leeds’ other senior purchases are midfielders Darko Gyabi and Marc Roca from Man City and Bayern Munich, respectively, and winger Luis Sinisterra from Feyenoord. Marsch believes that the departures of Phillips and Raphinha have allowed the club to reshape the squad in his image. 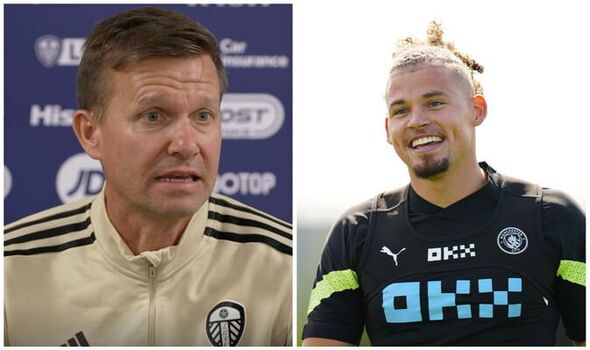 “We lost two great players but that has allowed us to bring in six, seven, eight players who can help us even more precisely the version of football that we want to play,” the 48-year-old told journalists ahead of Leeds’ 2022-23 Premier League opener against Wolves.

“It was great working with Kalvin and Raphinha and I am very thankful of the time that I had with them. We love the way that they committed to everything that they did here. But we will use the situation to make us stronger, I really believe that.”

Around £100m has been spent on the new signings. The £25m arrival of the 21-year-old Aaronson is the most expensive. 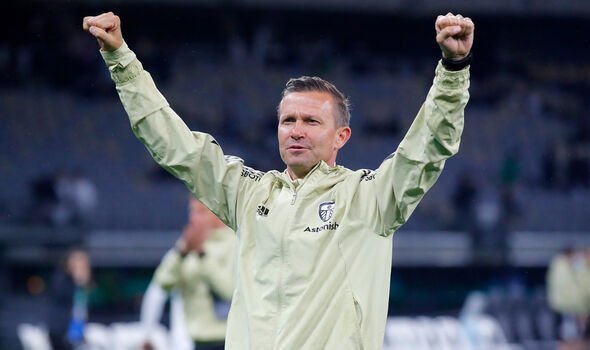 Asked how well the club has backed him this summer, Marsch responded: “It was easy for me to see from the first day that I came in, that the club and the people here at Thorp Arch and at Elland Road had supported Marcelo [Bielsa] 100 per-cent. All in, they did everything that they could.

“That was from support staff to coaching staff to the players – everyone. I took that as a real positive and as an opportunity for myself. I can only say that, obviously, you’re referencing our transfer politics but I think even more so, if you were to see the work that is done everyday, from day one I have never felt so supported in my life.

“It’s a real credit to the people of this club, and the club in general, that this is the situation.”