Leeds can continue rebuilding towards being one of the Premier League’s top clubs by selling Raphinha and Kalvin Phillips, former Crystal Palace chairman Simon Jordan believes. Both of the Whites’ star men have been linked with transfers to Arsenal and Manchester City, respectively.

Arsenal have an interest in winger Raphinha although are yet to make significant developments over a deal. City are widely expected to complete a transfer for defensive midfielder Phillips before the transfer window closes at the beginning of September.

Leeds struggled in their second season back in the Premier League following a 16-year absence. They remained in the top-flight thanks to a final day victory over Brentford, and Raphinha’s 11 goals across the campaign were vitally important.

But Jordan believes selling the Brazilian and England man Phillips can help them catch up with the country’s biggest clubs. The 54-year-old did warn, though, that Leeds must receive premium fees for the duo. 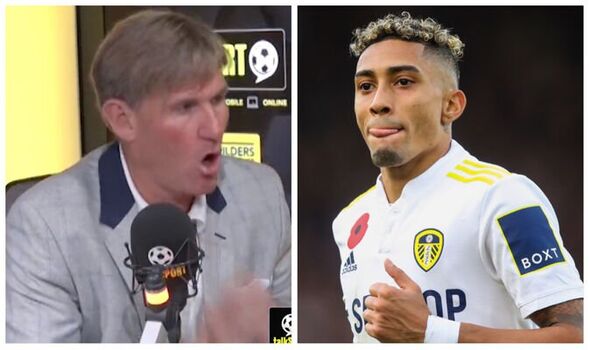 “What you want to be able to achieve is [to receive] the maximum amount of money. ‘You want our best players, the ones who we have cultivated and developed and been part of our framework’. Hopefully they have the contracts to protect them, and you have to pay for it.

“You have to pay top money so that Leeds United can kick on and regain their poise, and start the redevelopment back to the big club that their stature and size tells us they should be.”

Leeds were once one of England’s biggest clubs and frequently competed for major honours. But financial issues meant that they dropped down the divisions and were as low as League One in 2010. 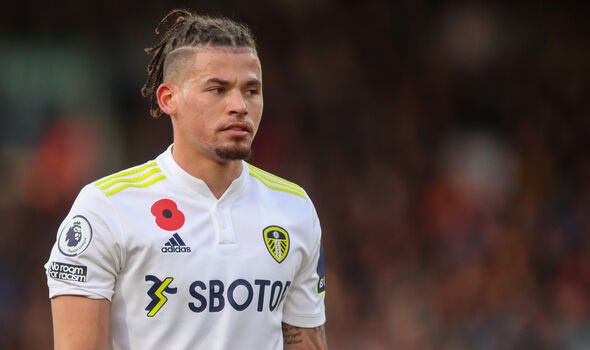 Jordan has insisted that Leeds must continue to make profits on star players in a bid to rekindle their success of decades gone by. He added: “Leeds are a work in progress. I’m a big fan of Leeds. I don’t love them but I respect them for the size of the club, the scale of the fanbase, the intimidation of going to Elland Road.

“There is a feeling of history, albeit people make more of Leeds because of Don Revie’s period – they didn’t dominate English football, they just had a really good period. Of course, Howard Wilkinson won the last first division before it became the Premier League. All those are memorable.

“Leeds have this ability as a one-club city to really kick on. But what it tells you is that [they] spent 16 years outside of the Premier League. You’re rebuilding and you’re not going to catch Arsenal and Manchester City in any short order.

“The tragedy of that is that you’re in a flux – unless your owner is going to say they will burn cash, which I don’t think they’re going to do.”

Kane 'loves Spurs' and is a key part of the rebuild, insists Paratici

Derby, Rotherham or Sheffield Wednesday: Who will avoid relegation in the Championship?