Leicester dealt ANOTHER injury blow with Jamie Vardy set to spend three to four weeks out with a hamstring problem, joining fellow striker Patson Daka on the sidelines… as Brendan Rodgers heads into Norwich clash with EIGHT key men unavailable

Leicester’s injury problems continue to worsen after striker Jamie Vardy was ruled out for three to four weeks with a hamstring problem.

The former England international, 35 next month, had complained of an issue in the Carabao Cup defeat at Anfield last week, was rested for the Boxing Day trip to Manchester City but sustained the injury in Tuesday’s Premier League win at home to Liverpool.

Playmaker James Maddison is fit after he came off against Jurgen Klopp’s side but with Patson Daka also injured – forcing him to miss the African Nations Cup – it leaves manager Brendan Rodgers with just Kelechi Iheanacho and Ayoze Perez as options up front. 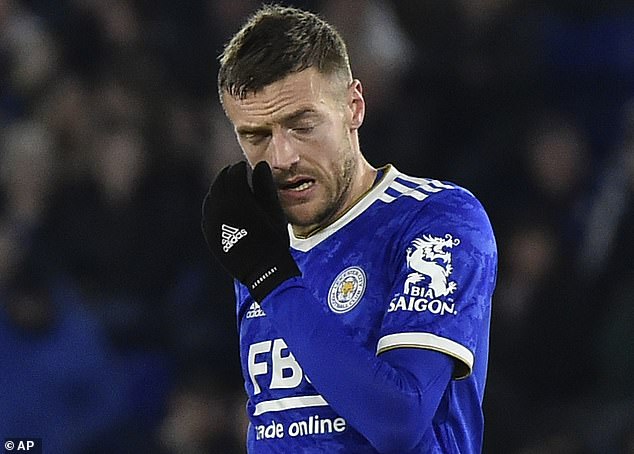 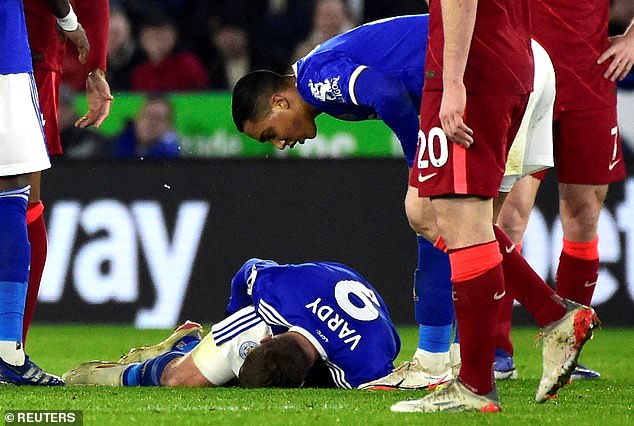 That is in addition to at least seven other players still currently sidelined.

‘Jamie will be out. It could be the next three to four weeks,’ said Rodgers.

‘It’s a hamstring. He could soldier on, which is what he wanted to do, but the scan has shown up as that.’

In a more positive update for Leicester, Rodgers revealed that Ryan Bertrand and James Justin are nearing long-awaited returns, yet Wesley Fofana is still a few months away from his. 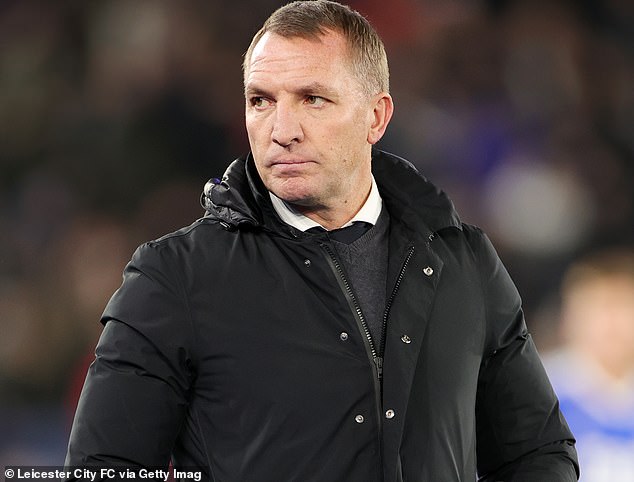 ‘Ryan Bertrand will probably be next week before he’s back in training, but all the others are still at least three weeks away.

‘JJ Justin), we just need to get some games into him, he was due to play a game and he was off for 10 days or so, so he’s going to be a few weeks away. He’s back training, which is great news for us.

‘Wesley Fofana, we’re looking into February for him.’

Phillips' message to England critics: 'We just want to prove everybody wrong'

Savage believes United are three signings away from competing again