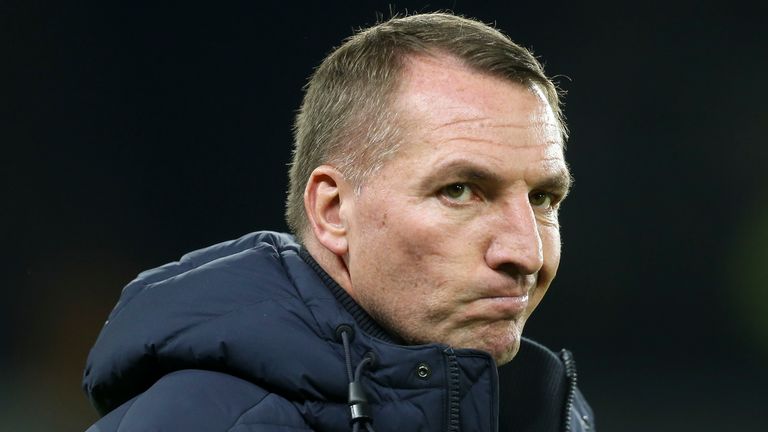 Leicester’s match with Crystal Palace on Saturday could still be postponed by the Premier League following the coronavirus spike and local lockdown.

The Foxes face Everton at Goodison Park on Wednesday, live on Sky Sports, but are due to host Palace at the King Power Stadium in the heart of the city on Saturday afternoon.

Government officials have recommended the current lockdown measures remain in force in Leicester for an extra two weeks as coronavirus restrictions are set to be eased across the rest of England from Saturday.

Although the health secretary Matt Hancock said on Tuesday that Leicester’s match with Palace would go ahead, the Premier league’s chief executive Richard Masters told parliament that contingency plans are in place for the game to be moved to a neutral venue or postponed if necessary.

The Safety Advisory Group has the final say on where the game will be played.

The Premier League believes all its stadiums are secure while clubs agreed ahead of the restart to use neutral venues in the event their games could not be played at home.

The Premier League still has a number of neutral venues on standby should any decision be taken that a game cannot be hosted at a club’s home stadium.

Hancock has ordered all non-essential shops to close from today, and all schools in the area to close for most pupils from Thursday.

He has also advised people in the wider Leicester area to stay at home as much as possible and avoid “non-essential travel”, and says the government will bring forward a change in the law to enable them to enforce the lockdown.​​​​

Hancock said: “We will be bringing forward a legal change very shortly in the next couple of days. Some of the measures that we’ve unfortunately had to take in Leicester will require a legal underpinning.”

The measures were taken as Leicester had accounted for “10 per cent of all positive cases in the country over the past week”.

Leicester boss Brendan Rodgers said on Monday that the squad was as safe as it could be, with all the players living outside the city boundary and driving into a secure training ground each day.

It is understood the club will heed any advice given by the government, and comply with any instructions delivered from the football authorities.

Rodgers: Nothing has changed

Despite Leicester facing the threat of having their matches moved away from the city, Rodgers appeared relaxed about that prospect.

“Nothing has changed in terms of how we have been working thus far throughout this situation,” said Rodgers, who was speaking ahead of his side’s trip to Everton on Wednesday, live on Sky Sports.

“I have always said we will react accordingly. We have to have agility in this period. I think in this moment in time we are in the safest place we can be in terms of our work, the stadium also.

“It is a very safe environment for the games to be in. We will just keep working until we are told otherwise.”

Asked whether his side would be placed at a disadvantage should their home games be moved away from the King Power Stadium, he added: “It is something I am not really thinking of. It is all hypothetical at the moment. We will just continue with our work.”

Rodgers also refused to suggest his Leicester were anything but on track to achieve their target of European football, adding they remain in a “fantastic position”.

The Foxes remain without a win since the season resumed and were knocked out of the FA Cup at the quarter-final stage by Chelsea on Sunday.

“This is a team that’s a work in progress,” he said. “This is the first little blip we’ve had for probably 14 months or so, which I can understand. It’s about a process, it always has.

“How the players have developed I’ve been really pleased with. We would love to win a trophy and our aim this season was European football.

“Unfortunately, we’ll have to put the cups on hold for another season but we have given everything we can in them so that will be a learning experience for us.

“With seven games to go, we’re still in a fantastic position to achieve what we set out to achieve.” 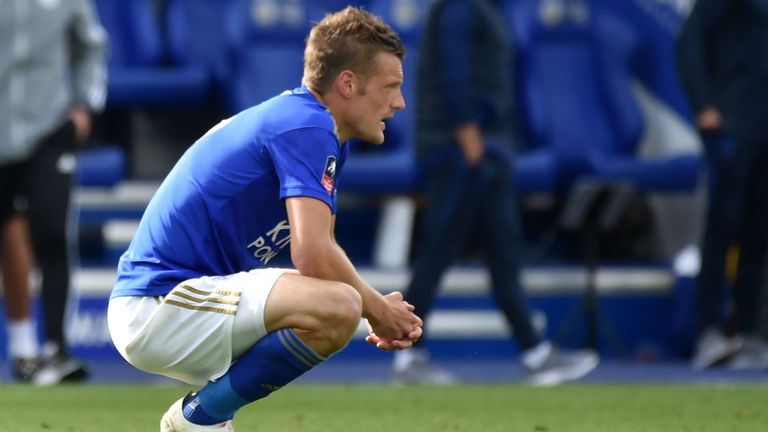 Is a striker a priority target?

The Leicester boss also appeared to drop hints about where the club’s transfer priorities might lie this summer, suggesting a striker is on his radar.

While Jamie Vardy is the Premier League’s top goalscorer, he has only found the net from open play once in 2020 and Rodgers is keen to add firepower.

“It is certainly one of the areas we have been looking at. If you look from last season to this season our objective was to score more goals and that is what we have done,” Rodgers said.

“I felt that we needed a certain number of goals if we were to challenge for European football and up to now the players have surpassed that.

DeChambeau powers his way to Motor City win
Recent Posts
This website uses cookies to improve your user experience and to provide you with advertisements that are relevant to your interests. By continuing to browse the site you are agreeing to our use of cookies.Ok