Barcelona president Joan Laporta remains confident Lionel Messi will stay with the club despite the fact the forward’s contract expired on Wednesday.

Messi, 34, is technically a free agent as of July 1, with his contract running down before Barca could finalise terms on a new deal.

And Laporta, who made extending Messi’s deal a priority when re-elected in March, has said the Argentine wants to remain with the Catalan club, although it remains unclear when an official announcement could be made.

“We want him to stay and Leo wants to stay, everything is on the right track, what’s left to sort out is the issue of fair play and we are in the process of finding the best solution for both parties,” Laporta told El Transistor.

“I’d like to be able to announce that he is staying but at the moment I cannot do that, because we are in the process of looking for the best solution for both parties.” 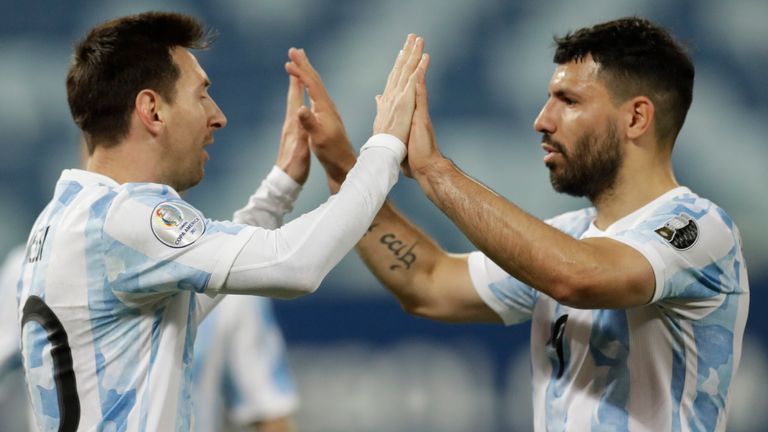 Messi is currently more than 8,000 kilometres away from Catalonia, playing with the Argentina national team at the Copa America, and his father and agent Jorge Messi left Barcelona last week, making the exact timing of his potential signing still uncertain.

Nevertheless, recent developments mark a considerable turnaround since almost a year ago when Messi handed in a transfer request, believing he had an agreement that allowed him to leave for free.

Then Barcelona president Josep Maria Bartomeu insisted they would hold him to a €700m release clause, however.

Bartomeu went on to resign in October, while Messi wanted to listen to the plans of his successor Laporta before deciding his future.

Manchester City and Paris Saint-Germain have been the front-running clubs interested in signing him. Messi also wants to one day play in MLS.

What channel is Everton vs Tottenham on? TV, live stream, kick-off for FA Cup tie

Brighton spell the most challenging of my career, says Graham Potter