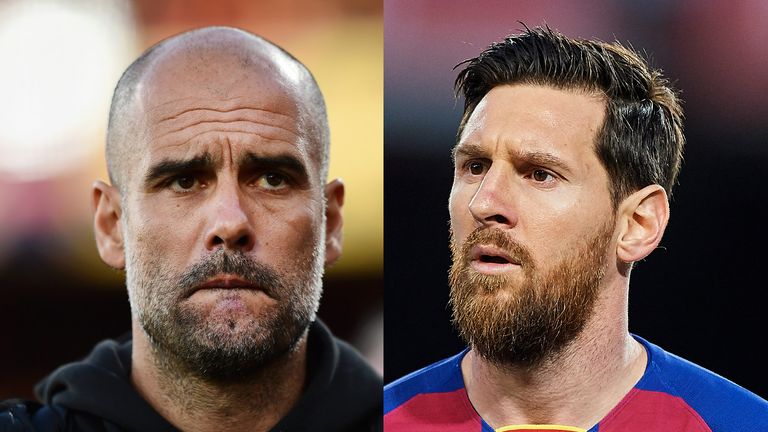 Manchester City are in the strongest position to sign Lionel Messi – if the Argentina star can get out of Barcelona this summer.

Sky Sports News has been told that both Messi and City boss Pep Guardiola want to renew their partnership at the Etihad – putting the Premier League runners-up in a commanding lead over other suitors.

Paris Saint-Germain and Inter Milan are both said to be preparing offers in an attempt to persuade him away from a reunion with Guardiola and a rendezvous with friend Sergio Aguero.

Neymar, with whom Messi struck up a strong friendship during their time together at the Nou Camp, has even asked the PSG hierarchy to sign the 33-year-old, although the club are said to be wary of potential implications on Financial Fair Play.

It remains uncertain that Messi can get out of his Barcelona contract, which still has one year left to run, in the current transfer window, having submitted a written transfer request on Monday.

He wants the club to honour a clause that allows him to leave for free within 10 days of the Champions League final, which technically expired on June 10 after the original fixture was scheduled for May 30, but was delayed until August 23 because of coronavirus.

Barcelona have responded to his request; telling Messi they do not agree the clause is active and the only way he can leave is if he pays the £626m (€700m) minimum fee release clause. 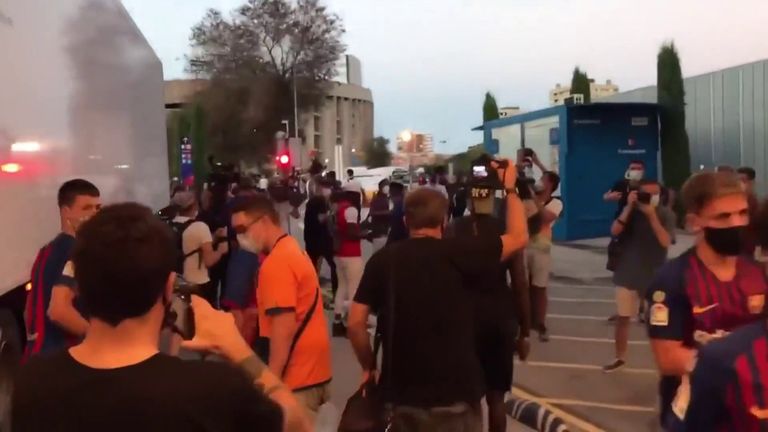 Manchester City are not commenting on Messi’s future – and Sky Sports News had been told they were wary of an ongoing powerplay at Barca, which has seen both head coach Quique Setien and sporting director Eric Abidal sacked, president Josep Bartomeu’s future in serious doubt, and protests from supporters.

But Sky Sports News has been told that, in no uncertain terms, Messi’s transfer request is not a bluff – he is serious about leaving the club at which he has spent his entire career to date.

It’s very clear that Lionel Messi is still determined to leave Barcelona and it’s clearer now about where he wants to head. Manchester City are the only club on the table as far as Messi is concerned.

Guardiola wants Messi, and Messi wants Guardiola. They both want to go on and win a Champions League. Messi has had plenty of those, of course, but wants to win yet another. That’s his priority. Manchester City want to win their first.

It’s not about money, even though money is a factor. It’s about ambition and Messi believes Manchester City are best placed to fulfil that ambition. It’s obviously going to cost money, his wages are phenomenal, and I still don’t think Manchester City will get Messi out of Barcelona without some kind of fee.

This is Lionel Messi, in his head and his heart, wanting to leave. And it seems, wanting to go to Manchester City.

Insight: Man Utd not expected to move for Messi

Will Manchester United make an offer for Messi? I’m not expecting them to bid for him this summer. We know the club are active, we’ve seen that in their pursuit of Jadon Sancho. My feeling is that when you add together the business model, the economic impact of the coronavirus pandemic and Messi’s likely wage demands, I think that all but rules out a move for him.

There were reports in Europe earlier this week that they had held talks with Messi’s father, who is a representative. But I just don’t think right now we can expect a United bid for him, even if he is a six-time winner of the Ballon d’Or.

Will Messi leave Barcelona? And if so, where will he go? We round up the very latest news and press rumours on the Argentine’s future.

How can Messi leave Barcelona on a free? We take an in-depth look at the Argentine’s contract situation at the Nou Camp. 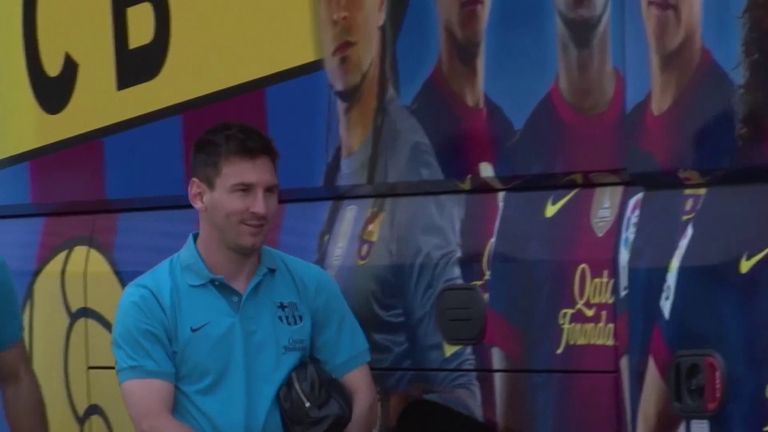 Tuesday’s stunning announcement has left the world of football in frenzy, but how did we get here and what’s the likelihood of Messi actually parting company with Barca?

With the help of Sky Sports News reporters and Spanish football experts, we delve into the inner legal workings of Messi’s Barcelona contract, the narrative underlining his transfer request and whether there is a club in world football who could pull off what would be the signing of the century.

How would Messi do in the Premier League?

It is the perennial question – how would Lionel Messi do in the Premier League? As years passed, hopes of an answer were fading but with the news the Barcelona icon has asked to leave the club, the prospect has never felt more real. It is just a shame Stoke did not stick around…