Lionel Messi has returned to the Nou Camp to train on the pitch following multiple rehab sessions in the gym.

Messi was pictured performing running and power-based exercises with Nelson Semedo as the pair look to return to the squad before Barcelona face Mallorca on June 13 in the first game after the coronavirus suspension.

According to Marca, it is now believed that the Argentine will be able to re-join the squad for training as usual on Monday. 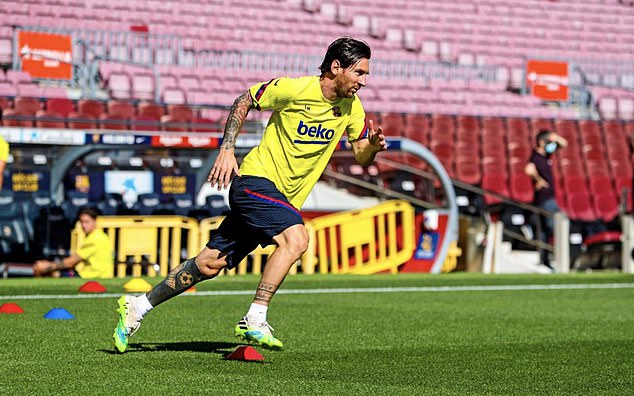 The squad were put through their paces at the club’s Sant Joan Despi complex ahead of LaLiga’s restart on June 11 but Messi’s absence from training cast doubt over whether he would be available for Barca’s return.

Concern developed as Messi missed nearly two months at the beginning of the season after hurting a calf muscle in the first preseason training and fans worried his new injury could hold the same fate.

The club announced that Messi had a right thigh ailment and has been ‘doing specific exercises to avoid unnecessary risks with just eight days’ until the team return to LaLiga to resume their title defence. 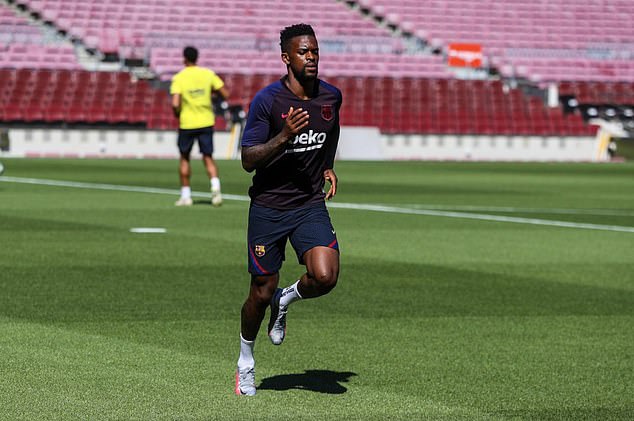 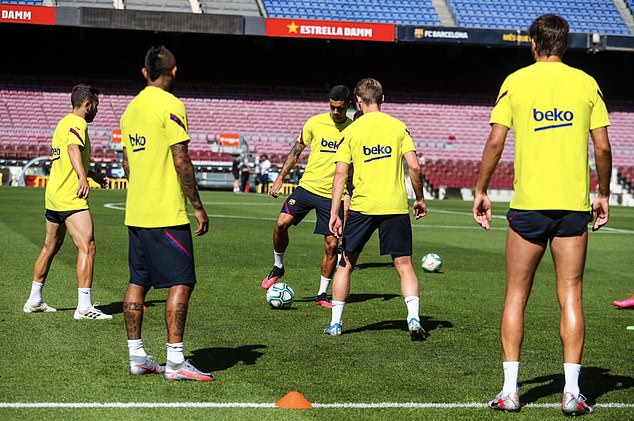 Messi will look to return to training with the squad on Monday, ahead of LaLiga’s restart

Setien’s men hold a slender two-point advantage over Real Madrid at the top of the table and have been forced to wait three months before renewing their title defence.

With Messi likely to be back in the fold, the Nou Camp talisman will hope to add to the 19 goals and 12 assists he registered before the coronavirus pandemic brought an early end to the campaign.

As for Madrid, they will resume on June 14 against Eibar at Alfredo Di Stefano Stadium in the club’s training centre as the Santiago Bernabeu Stadium continues to undergo renovation work.