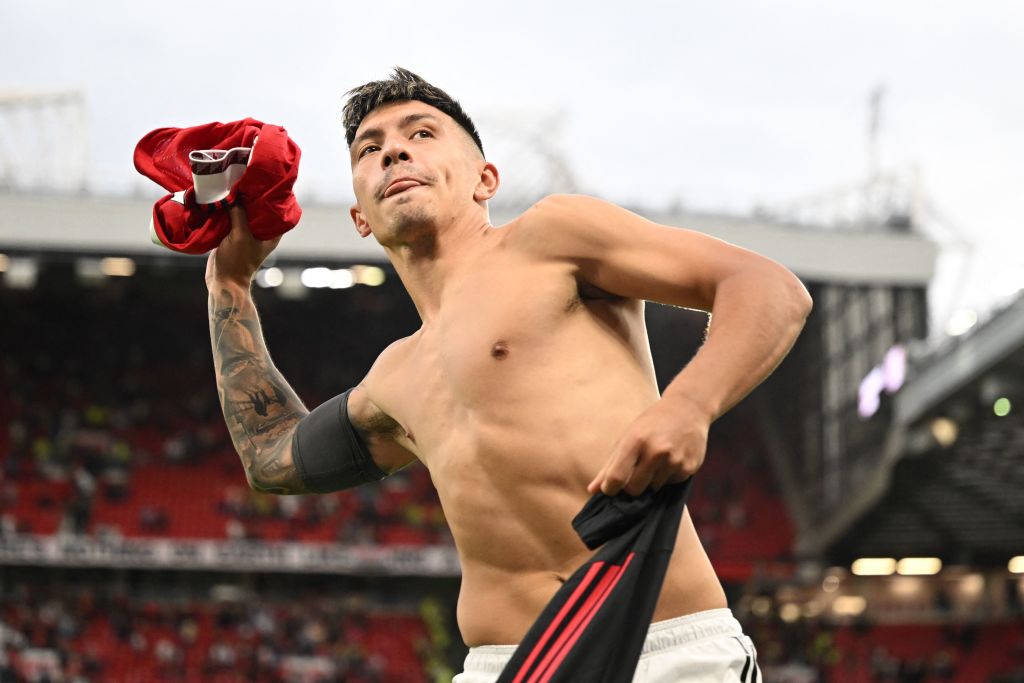 Lisandro Martinez says it is amazing how the Manchester United fans have taken him to heart and admits he is surprised by their reaction to him.

The summer signing from Ajax had a difficult start to life with the Red Devils, struggling in back-to-back defeats to Brighton and Brentford, but things have turned around dramatically since then.

The Argentina international has been thoroughly impressive in recent wins over Liverpool, Southampton, Leicester and Arsenal, keeping another clean sheet on Thursday night in the Europa League against Sheriff Tiraspol.

During the 2-0 win in Moldova in the Europa League, there were choruses from the United fans in support of their new centre-back and he says he was full of pride to hear it.

‘I’m a little bit surprised, but at the same time I feel very proud,’ Martinez told MUTV after the match.

‘To come here to the best club in the world and the people say “Argentina, Argentina”, it’s amazing.’

The win at Sheriff was the fifth time Martinez had partnered Raphael Varane at centre-back from the start of a match and the game produced a third clean sheet, with just two goals conceded in those five matches.

It was the seemingly first choice back four of Diogo Dalot, Martinez, Varane and Tyrell Malacia that started in a strong line-up in Moldova.

It was Varane that Erik ten Hag had praise for after the latest win, saying: ‘With Rapha Varane there as the leader, he puts everyone in the right position.’