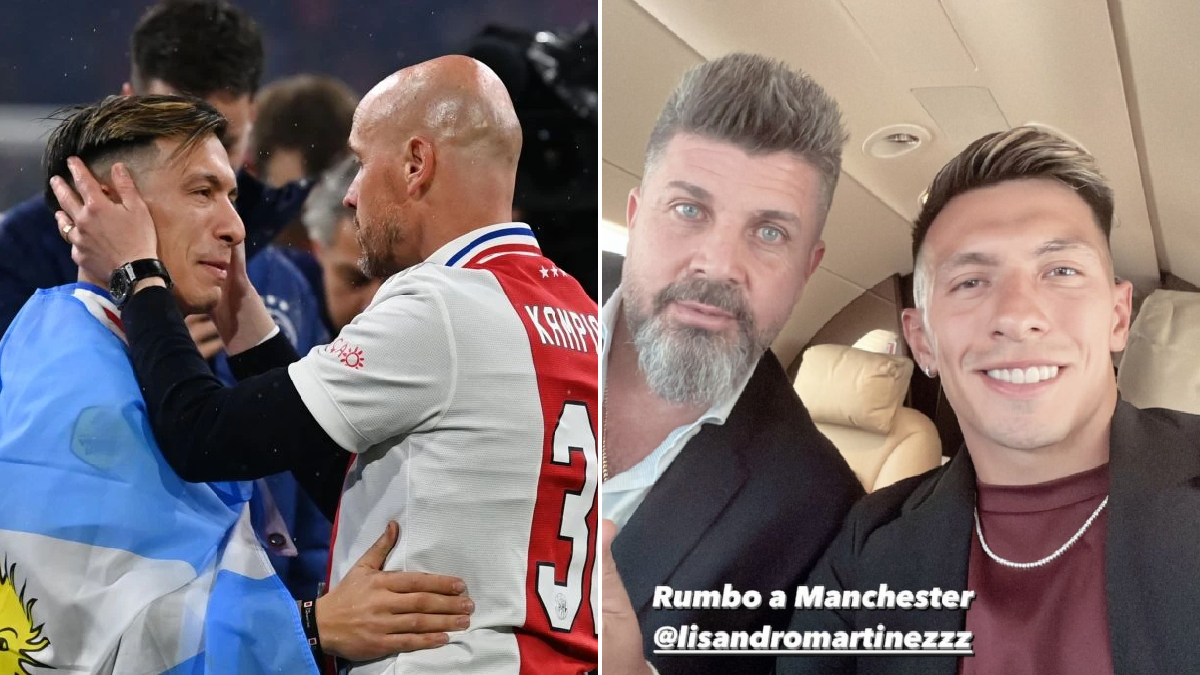 Lisandro Martinez has touched down in the UK ahead of his move to Manchester United, with the Ajax star set to sign a five-year deal worth £120,000-a-week.

After long and protracted negotiations, the Eredivisie champions finally accepted a £46million offer from United on Thursday.

While the deal is still not quite official, Martinez has been given permission to fly to Manchester to undergo a medical and pen to paper on his new contract.

On Friday evening, he was pictured at Amsterdam’s Schiphol airport along with a horde of luggage getting ready to board a private jet bound for the UK.

His agent, Cristian Bragarnik, also uploaded a picture of the pair aboard the aircraft with a caption that translates as: ‘En route to Manchester’.

According to De Telegraaf, both clubs’ lawyers are still discussing the final details of the deal but an announcement is now expected over the weekend.

Martinez will report to Carrington to undergo a medical examination on Saturday, as well as fulfilling media duties for his imminent unveiling.

The Argentina international will more than double his old Ajax salary, signing a contract with United until 2027.

Arsenal had also been pushing hard to sign the 24-year-old, submitting two bids which were both rejected by the Dutch giants, but Martinez always had his heart set on a move to Old Trafford.

The versatile defender has previously named former United defender Gabriel Heinze as his idol, while he was very eager to be reunited with old boss Erik ten Hag.

Martinez will become United’s third signing of the summer after Tyrell Malacia and free agent Christian Eriksen – who was confirmed on Friday afternoon.

However, neither the Dane or Martinez will join the rest of the United squad on their pre-season tour of Australia and will instead train at Carrington until the players return in just over a week’s time.

The first chance United fans will get to see the new signings in action will likely come on July 30 in Norway when the Red Devils take on Spanish giants Atletico Madrid.

Barcelona 'prepared to use Junior Firpo in Lautaro Martinez deal'