Home » Soccer » ‘Little old Wales are going to the World Cup!’ – Ramsey after win over Ukraine 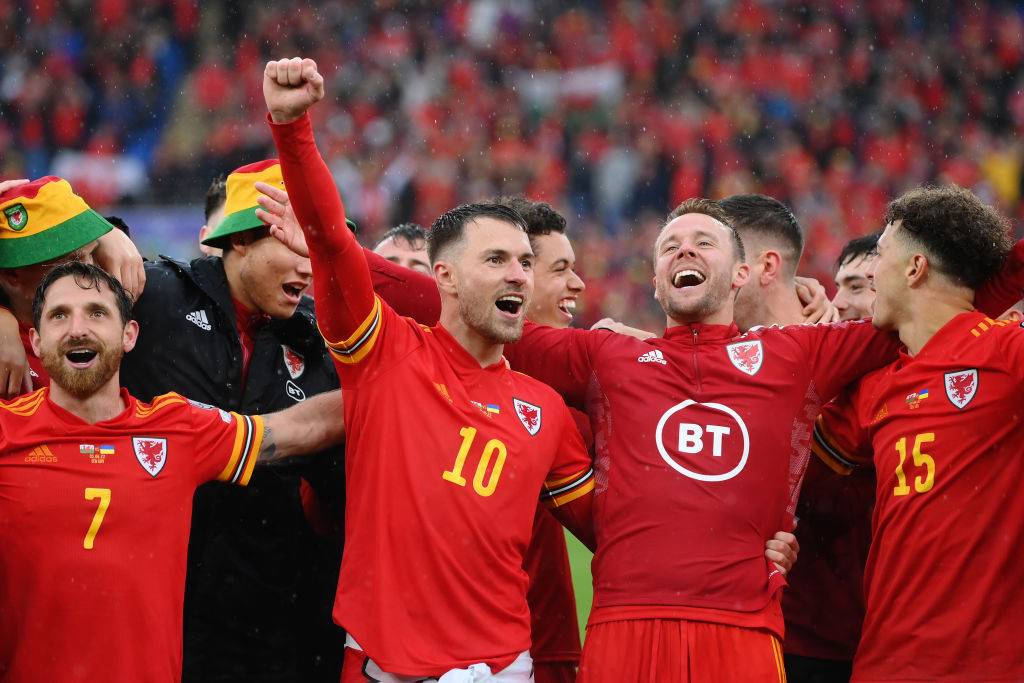 Aaron Ramsey and his international teammates have described Wales’ qualification for the 2022 World Cup as a dream come true.

The Red Dragons beat Ukraine 1-0 in Cardiff, with an Andriy Yarmolenko own goal deciding the play-off final, as Rob Page’s side made history as the first Wales team to play at a World Cup since 1958.

‘To get to three major tournaments now and to top it off with a World Cup it’s something else.’

Defender Ben Davies was in inspired form during the game, making several key blocks and interceptions to hold off a rampant and emotionally charged Ukraine side.

‘There was a lot of emotion in this game, very frantic at times but we stood up to every challenge that they threw at us, and I would say to a man we were brilliant.

‘As a squad we’ve worked so hard for this. We may not have the most talented players in every position, but we fight, and we give it everything we got.’

For many in the Welsh squad, qualification for the World Cup in Qatar is the culmination of a decade long journey, with many experienced players like Ramsey and captain Gareth Bale citing this as their last chance to play at the tournament.

Fellow defender Connor Roberts added: ‘I never thought I’d even play for Wales so to possibly play for Wales at a World Cup it’s unthinkable to be honest.

‘Hopefully I can have a decent start to the [next] season now and get myself out to Qatar and represent my country again.’

The World Cup in Qatar kicks off in November with Wales having been drawn in Group B where they will face fierce rivals England as well as Iran and the USA.

Jadon Sancho's dip in form is labelled a 'CRISIS' in Germany