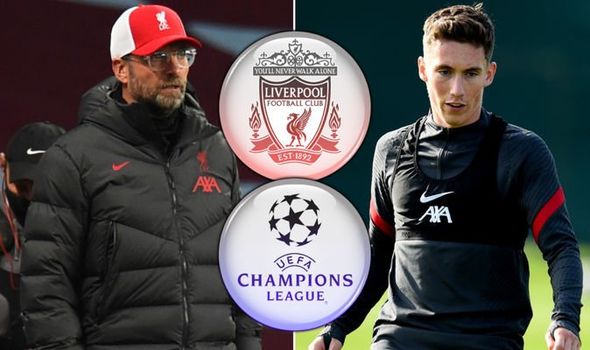 Liverpool have left Harry Wilson out of their 24-man squad for the Champions League group stages, with Harvey Elliott and Xherdan Shaqiri both picked. The Premier League champions face Ajax, Atalanta and Mitjylland in Group D.

The Reds have only named 24 players despite having room for 25, with Wilson not included despite the fact he qualified as both a homegrown and locally trained player.

Academy graduate Wilson being left out appears to indicate his future lies away from Liverpool.

The 23-year-old Welshman was expected to depart Anfield in the summer transfer window with Burnley among the clubs keen.

The Clarets had a £16million bid – which consisted of £12m upfront with £4m in add-ons – rejected with Liverpool wanting £20m. 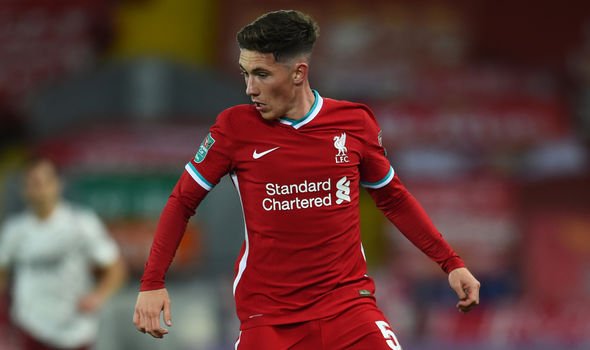 And the Evening Standard say that Wilson is set for talks with Jurgen Klopp once he returns from international duty with Wales.

The Liverpool boss is set to discuss a potential loan move with the winger, who has spent the last two campaigns at Derby County and Bournemouth.

Wilson would now have to drop back down into the Championship with top-flight clubs unable to do business with each other until January.

Premier League sides can send players on loan to EFL clubs until 5pm on October 16, however, and Wilson would not be short on suitors in the second tier.

Bournemouth were relegated last term and the Cherries would presumably be keen on taking the attacker back to the south coast although Eddie Howe has since been replaced by Jason Tindall. 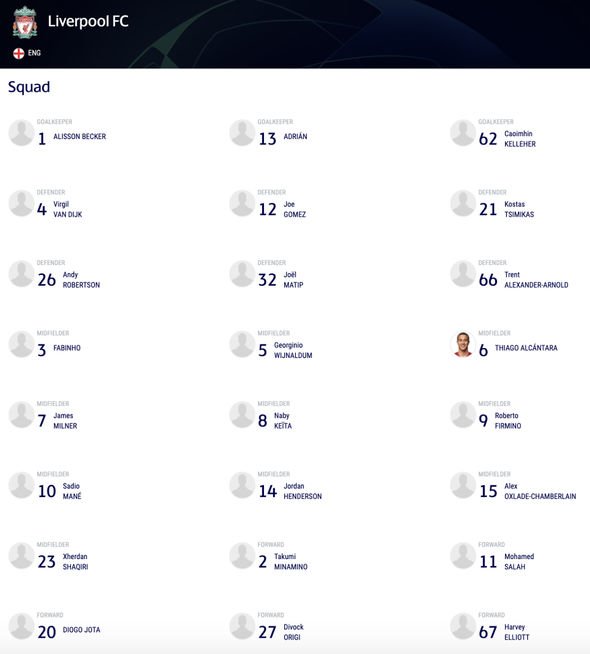 Liverpool provided their List A this week with eight homegrown players included and their B List is expected to include the likes of Curtis Jones, Neco Williams and Rhys Williams.

Champions League registration rules state: “A player may be registered on the B List if he is born on, or after, 1 January 1998 and has been eligible to play for the club concerned for any uninterrupted period of two years since his 15th birthday (players aged 16 may be submitted if they have been registered with the club for the previous two years).

“Clubs are entitled to register an unlimited number of players on the B list during the season, but the list must be submitted by no later than midnight the day before a match.”

Elliott, 17, is an exception because he was trained by Fulham up until last year rather than by Liverpool.

Liverpool are able to make five substitutions in the Champions League, unlike the Premier League, and so will be able to give minutes to much of their 24-man contingent.

Shaqiri is among those who will hope to benefit after he could not secure a move away from the Merseyside outfit at the end of the window.

The Swiss wide-man was left out of the squad for the Carabao Cup penalty shootout defeat to Arsenal and Klopp hinted that he was headed for the exit door.

The 28-year-old had impressed in the previous round’s win over Lincoln City and scored a stunning free-kick after being limited to just 11 appearances last season due to injury.

Liverpool open their Champions League campaign away at Ajax on Wednesday 21 October (8pm kick-off). Their first match after the international break sees them travel to Goodison Park for a Merseyside derby clash with Everton a week on Saturday (12.30pm).

Thomas Partey salary: How much does the Arsenal transfer target earn?