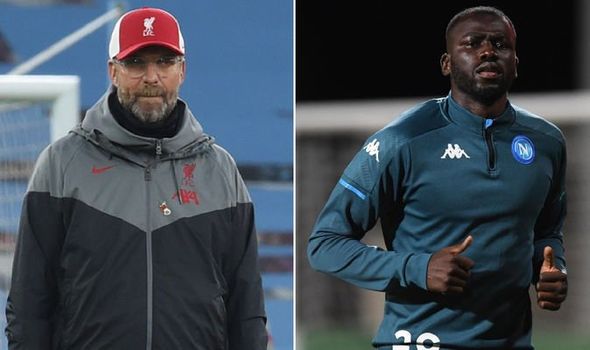 Liverpool manager Jurgen Klopp rates Napoli centre-half Kalidou Koulibaly highly as he considers signing a new defender in the January transfer window to provide cover for injured duo Virgil van Dijk and Joe Gomez. Both could miss the rest of the Premier League season with respective knee problems that have required the duo to undergo surgery.

Liverpool have not put a timeframe on the return of either player but the Dutchman and the England international both face significant lay-offs.

And the Reds could utilise the January transfer window to strengthen their squad with David Alaba, Ozan Kabak and Dayot Upamecano among the players linked.

As it stands, Jurgen Klopp only has one fit natural centre-half in Joel Matip, who has been dogged by injuries over the past year having not made back-to-back Premier League appearances in over 12 months.

Koulibaly is another player on Liverpool’s radar and would be an elite-level addition given he is regarded as one of the best central defenders in Europe. 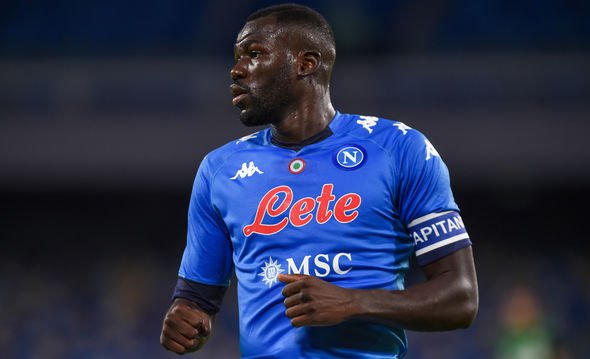 With Serie A side Napoli, the 29-year-old has racked up over 250 appearances since 2014 after spells with Metz and Genk.

The Daily Mirror say Koulibaly is rated by Klopp and add that the dominant defender also enjoys a close bond with Sadio Mane.

The Liverpool winger is the defender’s international team-mate and they have also played together at club level at Metz.

Mane said of his compatriot in the summer: “Kalidou Koulibaly is an excellent defender, and one of the world’s best in his position.

“I would be very happy to play alongside him at club level, as I have known him for years.

“We first got to know one another at Metz before meeting up once more in the Senegal national team.

“No club could refuse the chance to have Koulibaly in their squad.

“In any event, it would be a pleasure for me to play for Liverpool together with him. He would be more than welcome here.”

Napoli, however, would demand a massive fee for Koulibaly, who is under contract until June 2023.

And that could put the Merseyside club off making a concrete move for the player, who has previously had a price tag of up to £90million associated with his abilities.

The Senegalese ace has impressed in Champions League group stage meetings with Liverpool in recent years.

He said on ESPN FC: “If the money is right [it’s a no-brainer]. But clearly, they’re asking for silly money.

“The chairman at Napoli is well known for being tough to deal with. 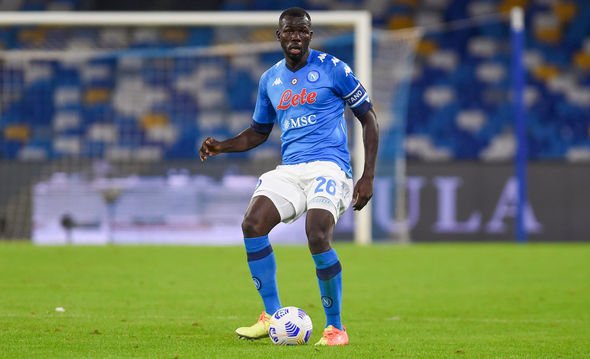 “It it’s silly money it won’t happen, but I’d like to see it happen.

“The guy is absolutely in the prime of his career, he’s a great centre-back.

“Any team on the planet would like to have this guy, but it depends on the money.

“I think Napoli will be asking for too much money, so I don’t think it’ll happen. But it would be nice if it did.”

Jamie Vardy among four Leicester stars left at home for Ukraine trip
Recent Posts
This website uses cookies to improve your user experience and to provide you with advertisements that are relevant to your interests. By continuing to browse the site you are agreeing to our use of cookies.Ok