Liverpool showed their mettle to edge Ajax 1-0 in Amsterdam last night to start off on the right foot in the Champions League. Sadio Mane was the provider, forcing Nicolas Tagliafico to turn into his own net in clumsy fashion during the first half.

The Premier League champions are now set to play five times between now and November 7 in a jam-packed schedule before the international break.

With that in mind, Jurgen Klopp was not scared to make changes and used all five subs at the Johan Cruijff ArenA.

Three of which came on the hour mark when Sadio Mane, Mohamed Salah and Roberto Firmino were all hooked and replaced by Diogo Jota, Takumi Minamino and Xherdan Shaqiri.

It was a decision that surprised Chris Sutton, particularly given that the game was not won. 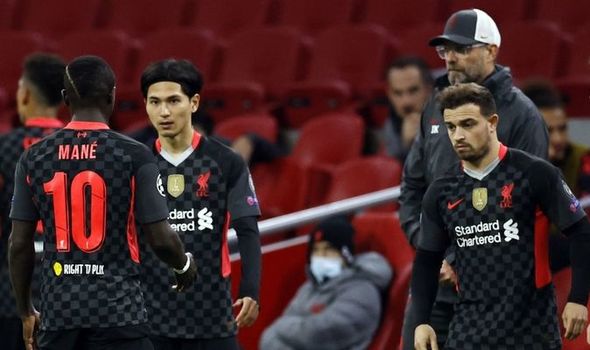 “That must be a first, bringing them all of together,” he said on BT Sport’s Champions League highlights show.

“He’s obviously got to rotate the squad but that was a little bit of a surprise.

“It’s important to win the game but to hook them off so early was surprising.

“Sadio Mane with a knee injury, don’t know how bad it is but he’s such an important player, but he needs to rotate the squad with the games that are coming up.”

Mane was spotted with an ice pack on the bench but Klopp eased fears after the match when he confirmed it was just a dead leg.

“Sadio has since a few days a dead leg and deals with that in that area. That’s the only thing why it’s still painful but it’s not a problem. When he doesn’t play, he puts ice on it,” Klopp said.

The Liverpool boss also heaped praise on the impact of Jota, Minamino and Shaqiri after explaining the premeditated substitution.

“You could see it was an intense game for the three up front,” Klopp said. 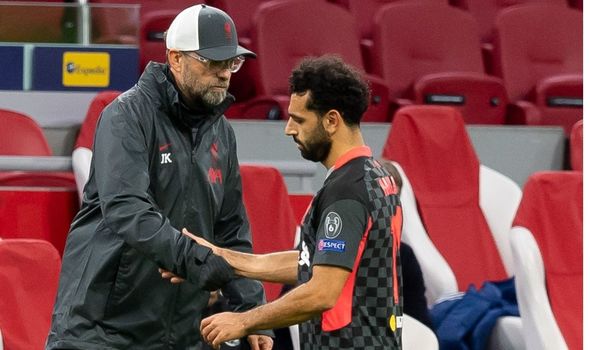 “It was hard for the starting front three, and I was really happy we could do that (replace them).

“I was not in doubt about the quality of the boys (who came on). The game was pretty wild and we defended all together.

“We were defending 4-5-1 and both wingers needed to be really involved in the defending. The moment you win the ball, then there are big spaces for counter-attacks, and we thought it made sense to bring on fresh legs.”

Liverpool welcome Sheffield United to Anfield on Saturday before hosting Midtjylland in the Champions League next Tuesday.

The Danish Superliga side were thrashed 4-0 by Atalanta and Klopp’s players will want to avoid a potential banana skin ahead of their trip to Bergamo on November 3.