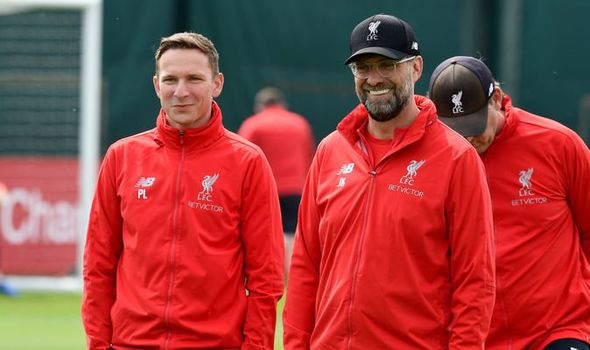 Liverpool have confirmed another positive Covid case among their staff as the Reds’ EFL Cup semi-final first leg against Arsenal hangs in the balance. On Tuesday, the Premier League side asked for the game to be postponed due to rising absences in their squad.

Boss Jurgen Klopp missed Liverpool’s clash with Chelsea on Sunday after testing positive for the virus.

Liverpool are now understood to want Thursday’s cup tie with Arsenal pushed back to help them control the outbreak.

Rising positive cases in the squad have led to Wednesday’s training session being cancelled as their plans ahead of Arsenal were thrown into disarray.

However, they have now suffered a fresh blow as they prepare for the game, with the EFL yet to make a decision over a possible postponement.

Assistant Pep Lijnders, who stood in for Klopp on the touchline during the 2-2 draw with Chelsea, has now tested positive.

The 38-year-old was due to hold a pre-match press conference to preview the Arsenal game on Wednesday but now cannot.

Liverpool’s media briefing has now been cancelled entirely, the club has confirmed.

Part of a club statement published on Wednesday morning said: “Lijnders’ test result comes in addition to a number of suspected positive cases among players and football staff recorded earlier on Tuesday, which forced the cancellation of the day’s scheduled training session.

“As a result of the outbreak and the suspension of preparations, as well as other illnesses and injuries recorded within the squad, the club submitted an application to the EFL for the postponement of Thursday’s tie with Arsenal, with the news of Lijnders’ positive result coming after the request was lodged.

“The outcome of this application is still pending.”

COVID-19 has caused havoc to the football schedule over the winter period.

The omicron variant has swept through clubs and a staggering 17 Premier League matches have been postponed.

All those games will need to be rearranged, causing further congestion to the fixture list. It has been suggested that top-flight fixtures could be played on nights that are usually allocated to the Champions League.