Liverpool could be set to miss out on AS Roma attacking midfielder Nicolo Zaniolo, with Juventus ready to launch a concrete pursuit this summer. Zaniolo has emerged as one of Serie A’s brightest young talents and particularly caught the eye in European competition last season.

GOAL report Juventus have contacted Roma to initiate a deal for the 22-year-old, who commonly featured on the right-wing under Jose Mourinho throughout the 2021-22 campaign. The Old Lady are ready to accelerate their pursuit, with discussions ongoing over his potential signing.

Juventus have held an interest in Zaniolo for ‘some time’ but are only now formalising it, and Roma are ready to accept a bid worth around £43million. The asking price could prove to be a challenging hurdle to leap for the Bianconeri, but they may have a secret weapon.

The report claims Massimiliano Allegri would be ready to use Brazilian midfielder Arthur Melo, heavily linked with Arsenal in January, to sweeten the deal. However, it isn’t yet known whether Juventus’ long-time Serie A rivals would be willing to accept the 25-year-old as part of a deal.

JUST IN: Chelsea handed major boost in pursuit of Dembele after Barcelona talks 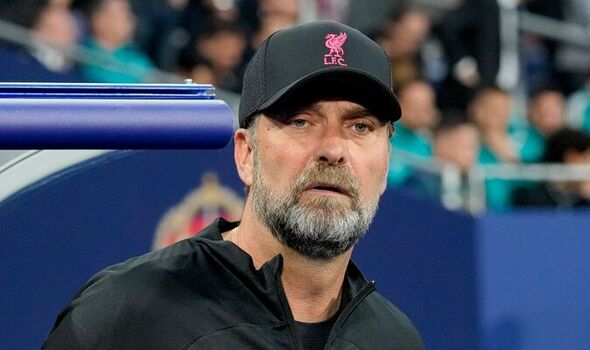 Earlier this summer, Italian media claimed Liverpool and Tottenham Hotspur had joined AC Milan and Juventus in monitoring Zaniolo’s situation. But the latter seem to be in the driving seat if they wish to push forward with a potential switch.

Jurgen Klopp could be searching for a new right winger amid uncertainty over Mohamed Salah’s future at Anfield. After Sadio Mane’s exit this summer, Salah could follow him out of the door in 12 months’ time once his Reds contract expires. And Zaniolo’s ability to play on the right, as well as an attacking presence in central midfield, would undoubtedly attract Klopp. 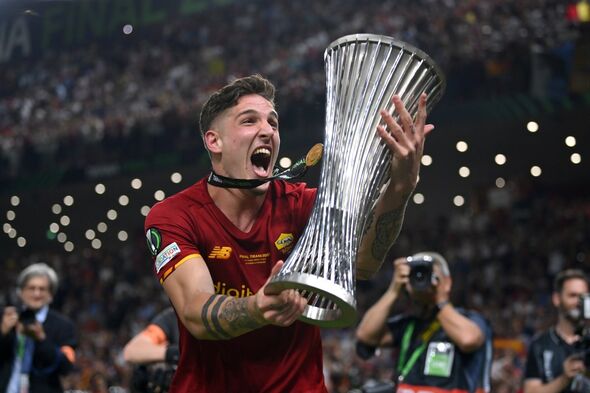 But it’d be a surprise to see Liverpool entering a bidding war with Juventus in the current transfer window. The Merseyside giants are understood to have concluded their business with the signing of teenage Aberdeen right-back Calvin Ramsay. His arrival follows Fulham starlet Fabio Carvalho’s and the £85m capture of Benfica striker Darwin Nunez.

If Zaniolo remains within Mourinho’s squad this season, there is every possibility Liverpool could quickly act upon their interest to seal his services. And it’s difficult to imagine Roma would prefer to sell to another Italian club, so they would most likely fancy their chances in any battle too.