Liverpool defender Joe Gomez has been told that boss Jurgen Klopp could drop him to the bench against Ajax after a disappointing performance in the Reds’ 4-1 defeat to Napoli. The centre-back alongside several others were slammed for defensive errors in their opening Champions League group stage game, and with Joel Matip and Ibrahima Konate continuing their return to fitness following injuries, Gomez has been told he faces time out of the team.

Former Tottenham goalkeeper Paul Robinson believes that Gomez at one stage had a chance of making Gareth Southgate’s World Cup squad, but now is facing being dropped by Klopp. “Gomez was really poor against Napoli,” Robinson told Football Insider.

“It is a huge season for him this year. I questioned why he signed the new contract given that he did not play so many games last season. He has been given an opportunity because of injuries and he has not taken it.

“He is a quality player and alongside [Virgil] van Dijk I thought he would thrive. I thought they’d reignite their partnership. I even thought Gomez might be able to sneak into the World Cup squad. But with Matip back fit he would struggle to get back into the side. He has not taken his opportunity. I think Klopp will want the stability of Matip and Van Dijk at the back.” 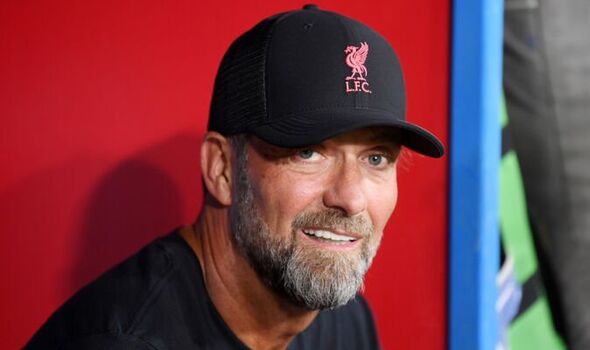 Gomez was taken off for Matip in the second half of Liverpool’s defeat in Naples, and the German also came on in the stalemate at Goodison Park against Everton as he continues to build up his fitness. Konate missed the Champions League game as he continues to recover from a knee injury he picked up in pre-season, but hopes to be available after the international break this month.

Klopp admitted his side may have to “reinvent” themselves following their humbling defeat to the Italian side. “You don’t think a lot after the game, you react more,” Klopp said. “We have to kind of reinvent ourselves because basic things were not there. It’s a difficult period, no doubt about that. 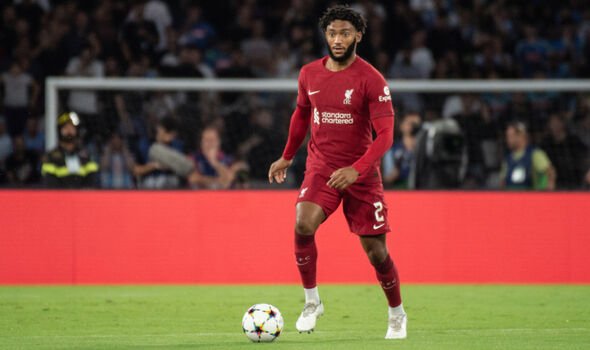 “If you’re not playing exceptionally well, you still can defend on a really high level. We should be able to do that. The start of the game doesn’t help. If we want to defend better and concede a penalty after three minutes and the next one, obviously you cannot exactly do that. Tonight we were caught in-between.”

Former Reds midfielder Danny Murphy suggested that a change in role could get the best out of Gomez. “Jurgen Klopp has talked about reinventing the team, which usually means a tactical switch or changing personnel,” Murphy wrote in the Daily Mail.

“Maybe he’ll think about switching Joe Gomez to right-back for a couple of games as he’s a natural one-on-one defender.”