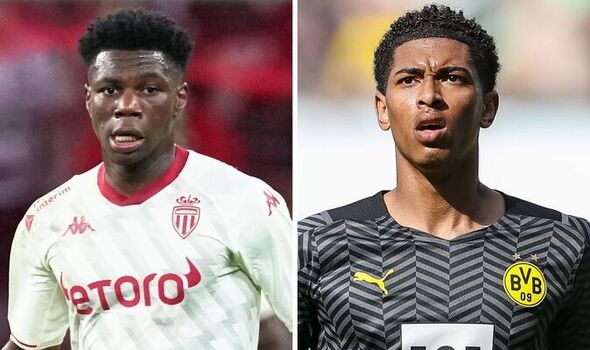 Liverpool have kept a close eye on Monaco star Aurelien Tchouameni, but will reportedly not look to ‘spend big on a new midfielder this summer’. The Reds are currently preoccupied with their aims of finishing the current season with as many trophies as possible.

The Premier League may soon be out of reach given Manchester City’s continued form, but both the FA Cup and Champions League present excellent opportunities for even more silverware. Beyond that, it appears unlikely Jurgen Klopp will make major changes to his squad in the summer transfer window.

The priorities will be to resolve the futures of both Mohamed Salah and Sadio Mane, both of whom are out of contract next year. The main position Liverpool have been linked with strengthening in the summer has been in midfield.

Tchouameni continues to be linked with a move to Anfield, but the Liverpool Echo claim Real Madrid ‘remain the favourites’. The report also goes on to state the Reds won’t be spending big money this summer.

It appears as though Liverpool are happy to wait until 2023 for an expensive signing in midfield. And that plan could well open the door for Liverpool to swoop in for Borussia Dortmund starlet Jude Bellingham.

The England international is unlikely to leave this summer given Dortmund have already agreed to sell Erling Haaland. Dortmund proved last year with letting Jadon Sancho go that they would push back on allowing two of their star players to leave in the same window.

The Bundesliga side are also in no rush to sell Bellingham and he’s unlikely to want to leave after a stellar campaign with Dortmund. Bellingham has established himself as an England international in Gareth Southgate’s side through his performances in Germany.

And a move this summer could present some risks in the months building up to the World Cup at the end of the year. But the summer of 2023 may be the perfect time for Liverpool to swoop in for Bellingham.

James Milner is unlikely to stay at Anfield beyond next season while both Thiago Alcantara and Jordan Henderson will be 32 and 33 respectively. Curtis Jones is the only current Liverpool midfielder under the age of 27 and Bellingham may well be the future of Klopp’s midfield.

While Tchouameni may be linked now, the Frenchman appears set to join Real over Liverpool. But if Bellingham is available for the Reds in 2023, then it may well be worth the wait.

Ricky Hatton: Why I believe Tyson Fury could retire if he beats Dillian Whyte