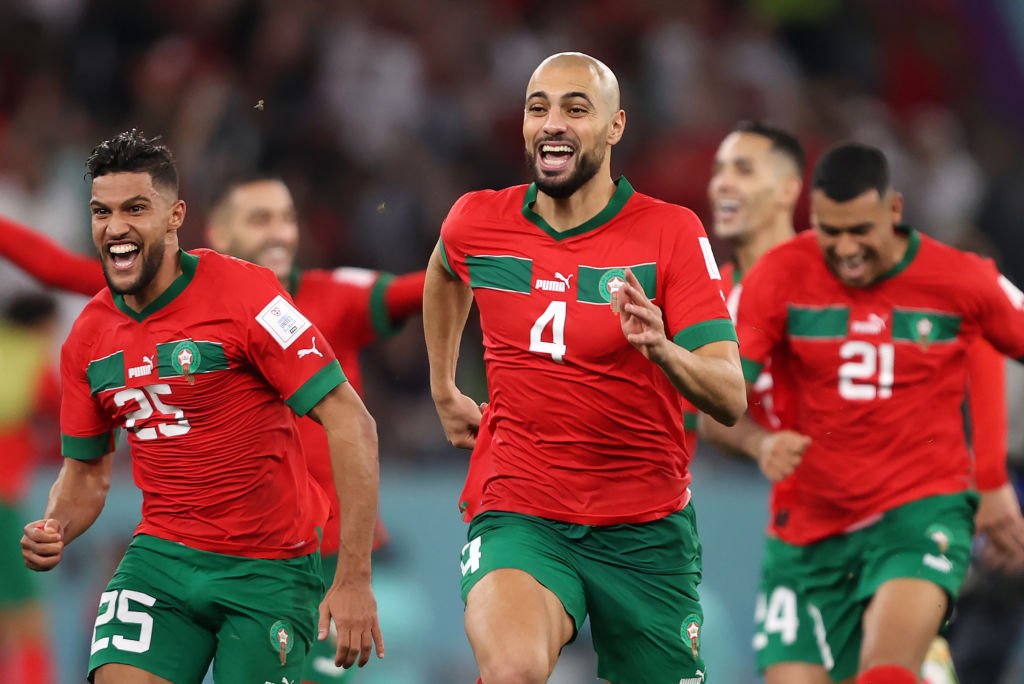 Liverpool have reportedly edged closer to signing Morocco superstar Sofyan Amrabat with a second round of talks planned after the World Cup.

Morocco secured their place in the World Cup quarter-finals for the first time in their history on Tuesday as the African side stunned Spain on penalties.

Amrabat put in a strong performance for his country and celebrated by posting a meme on social media showing him putting Spain’s midfield in a stranglehold.

The 26-year-old midfielder plays his club football for Italian side Fiorentina, where he has made 78 appearances since joining them in 2020.

Prior to joining Fiorentina he played for Club Brugge – helping them win the Jupiler Pro League – and spent the 2019-20 campaign on loan at Hellas Verona, where he was voted the club’s Player of the Season.

Amrabat started his career in the Netherlands with Utrecht before earning a move to Feyenoord where he lifted the KNVB Cup.

But he has now been linked with a move to England and Liverpool boss Jurgen Klopp has already met with the player’s representatives, according to reports.

Footmercato are now reporting that more talks have been scheduled for when the World Cup in Qatar concludes as Liverpool look to strengthen their midfield.

The Reds have struggled in the Premier League so far this season and are just sixth in the table – having only won six of their opening 14 matches.

Liverpool failed to sign a midfielder on a permanent basis last summer and had to settle for the loan capture of Arthur Melo.

Injuries and poor form have seen Liverpool’s midfield come in for fierce criticism and with Jordan Henderson, Thiago and James Milner over the age of 30, the club are in desperate need to bring their average age down.

Liverpool legend Jamie Carragher believes his old club will spend up to £200m on revamping their midfield next summer.