Liverpool fear Jordan Henderson could miss the start of the new season due to the injury he sustained at Brighton.

Jurgen Klopp was particularly gloomy about the situation following his side’s 3-1 win at the Amex Stadium, saying ‘it will not be nothing’, and Liverpool’s skipper has already been ruled out of his team’s final four fixtures.

Henderson, one of the season’s outstanding performers, travelled back with Liverpool’s squad from Brighton on Wednesday night and had a scan on Thursday afternoon to determine the extent of the damage in his left knee he sustained in a 79th minute collision. 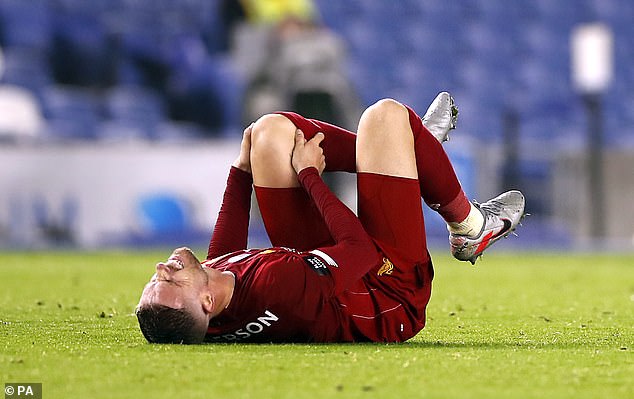 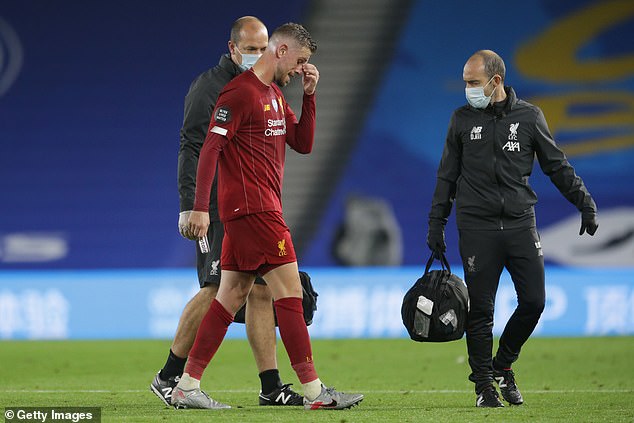 The concern is that Henderson has suffered some ligament damage, which would mean a minimum of eight weeks recovery time. The next Premier League campaign is pencilled in to start over the weekend of September 5 – 63 days away.

Whether Henderson can get ready for the date, it will still come as huge blow to Henderson – and his manager – that he will not be able to play in any of the remaining games against Burnley, Arsenal, Chelsea or Newcastle as Liverpool pursue a Premier League points record.

Liverpool, meanwhile, are set to go to a tribunal to discover how much they must pay for Harvey Elliott. The 17-year-old joined the club 12 months ago from Fulham, who indicated they received a formal offer of £750,000 for the teenager.

The Championship club’s valuation, however, is nearer to £7million and the Professional Footballers Compensation Committee will meet in the coming months to work out a figure. Liverpool were in a similar position with Danny Ings four years ago and ended up paying Burnley £6.4million. 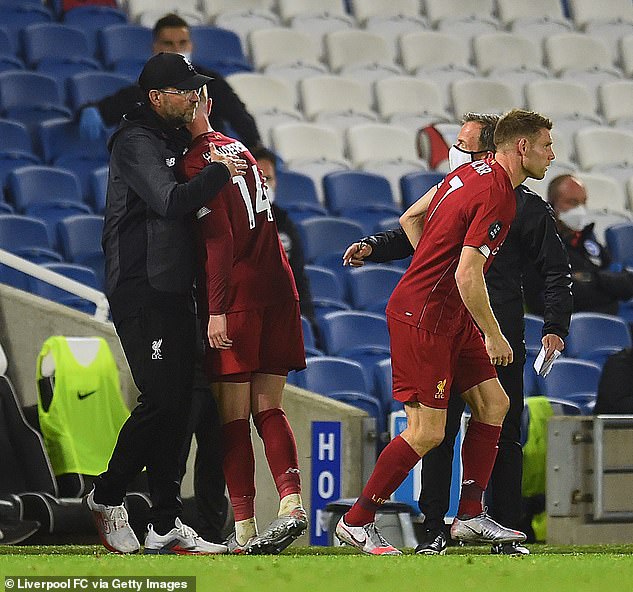