Liverpool legend Graeme Souness has revealed his disappointment at Alex Oxlade-Chamberlain’s Reds career so far. Oxlade-Chamberlain has made 85 appearances for Liverpool since his move from Arsenal in the summer of 2017. However, the England international has failed to nail down a regular starting spot in the Premier League under Jurgen Klopp.

Oxlade-Chamberlain missed the majority of last season after injuring his anterior cruciate ligament in early 2018.

But he has made just 16 league starts this term after returning to full fitness.

Souness is a big fan of the 26-year-old and says he provides different qualities to the regular midfield three Klopp plays.

But the pundit believes it is now time he started to earn a regular spot in the team. 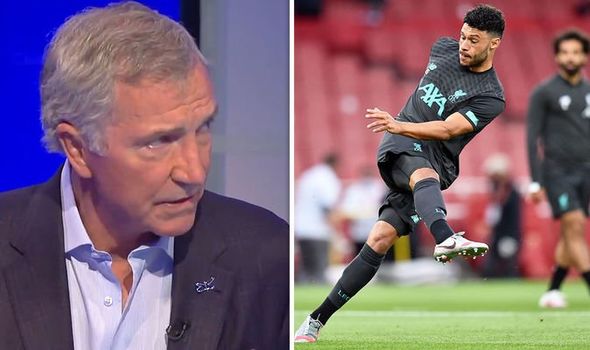 “He’s different to what you’d regard as the first three, the first three that generally start who are all working, really aggressive types – [James] Milner, [Georginio] Wijnaldum, [Jordan] Henderson, Fabinho. Whatever mix you have they’re all solid, solid types.

“He’s more of a flair player, he gives them something different.

“When I think of him, he’s been there three years, but he hasn’t really started to get going. That’s what I feel with him.

“He did his cruciate against Roma in the Champions League, it was an unnecessary challenge, he was going back towards his own goal, it was just him showing his enthusiasm.

“I like him, I think he’s got great qualities but I still feel I’m waiting for him to put a run of games together.

“When you mention his name and start talking about him, you feel as if he arrived at Liverpool a couple of months ago. I want to see him running games and really showing what he can do.

“He has qualities that the three regular starters don’t have. He can drop a shoulder, he’s a wonderful striker of the ball.

“He’s one of them that gets you on the edge of your seat.”

“He’s got a good schooling, obviously from Southampton as well.

“Being at Liverpool has moved him onto another Liverpool.”