Home » Soccer » Liverpool must get greedy and claim their fair share

Greed: it is one of Jurgen Klopp’s favourite words in football from a sporting sense. He loves the idea of his teams winning as often as they possibly can and every day he wants to see the hunger of Liverpool’s players grow.

The attitude of the squad that Klopp has built since October 2015 cannot be questioned – nor can its ability. Two days ago, it was the second anniversary of Liverpool’s triumph in the World Club Cup; that is one of four prizes they have collected on the German’s watch.

It is not unreasonable, however, to ask a question: are four pieces of silver an accurate representation of what many describe as the best Liverpool team in a generation? The answer to that would be a firm ‘no’. 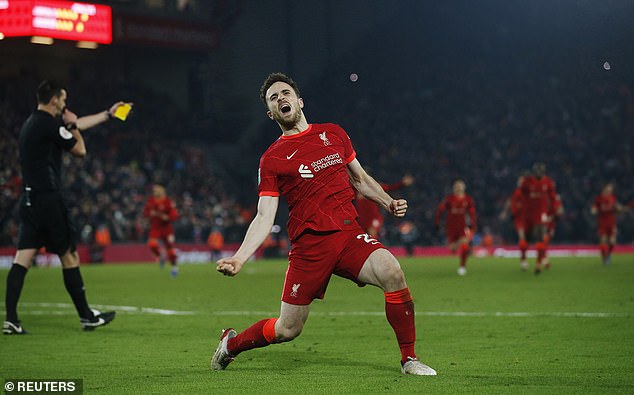 For that reason, there was a lot riding on the outcome of their Carabao Cup quarter-final against Leicester. With reigning champions Manchester City out of the way, here was an inviting opportunity for Klopp to take Liverpool another step closer to a first Wembley appearance since February 2016.

‘If you want to be a proper Liverpool legend you need to win national cups as well,’ Pep Lijnders, Klopp’s assistant, observed in his pre-match press conference. ‘We all know how big the FA Cup is – and we want to win this cup as well.’

So they should. The great Liverpool teams of years gone by made it their mission to get this first trophy of the season on board at the first possible moment, the same way City do under Guardiola and Chelsea used to do under Jose Mourinho.

The Carabao Cup might be unloved and regarded by many as inconvenience, especially as football’s calendar is bursting at the seams, but it still provides medals and the chance to make memories. It comes back to greed: win what you can when you can. 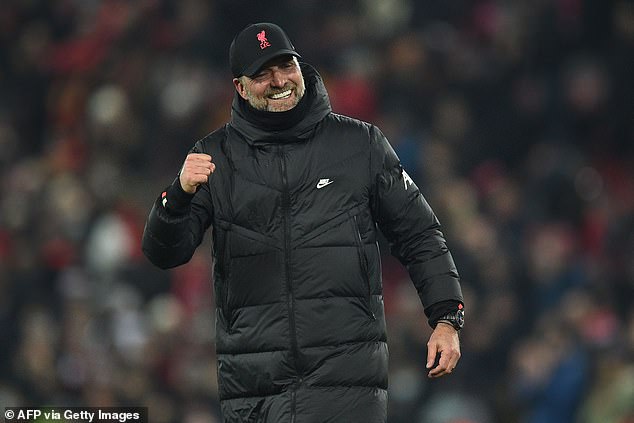 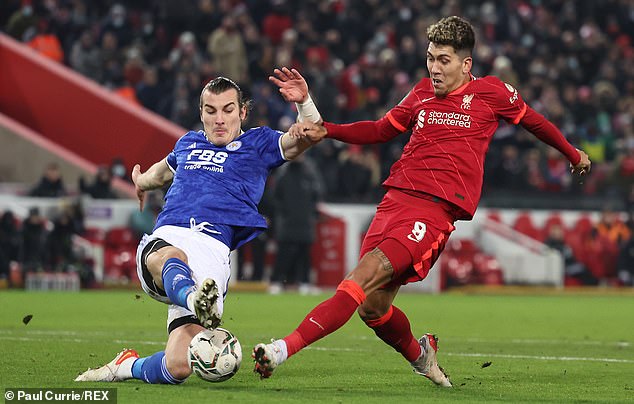 How incongruous would it be if Mohamed Salah or Sadio Mane or Virgil van Dijk never played at Wembley in a showpiece occasion for Liverpool? Of course reclaiming the Premier League is this campaign’s ultimate mission but it shouldn’t be to the exclusion of everything else.

To give the situation a sharper context, it must be recognised that since Klopp arrived in England, Leicester have won more domestic trophies with this year’s FA Cup and Community Shield sitting nicely alongside their Premier League title of 2016.

The team Brendan Rodgers selected certainly stated his club’s desire to add another of their own and in the opening 15 minutes, the players backed their manager’s ambition. Jamie Vardy scavenged on Liverpool mistakes like the hungry fox he is, tormenting rookie defender Billy Koumetio.

Circumstances, with injuries, illness and two Premier League games in the space of 48 hours on the horizon, meant it was impossible for Klopp to pick a full strength side and it was noticeable, with so many young players on the pitch, how much he kept his emotions in check during a torrid first half. 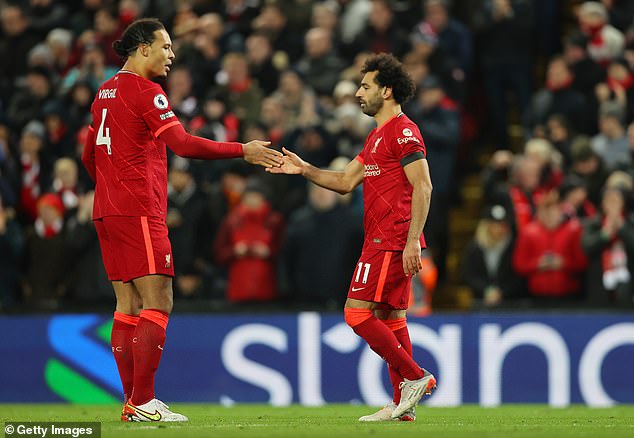 Reds view this side as their best in a generation, yet Mo Salah (R) and Virgil van Dijk (L) have never been to Wembley 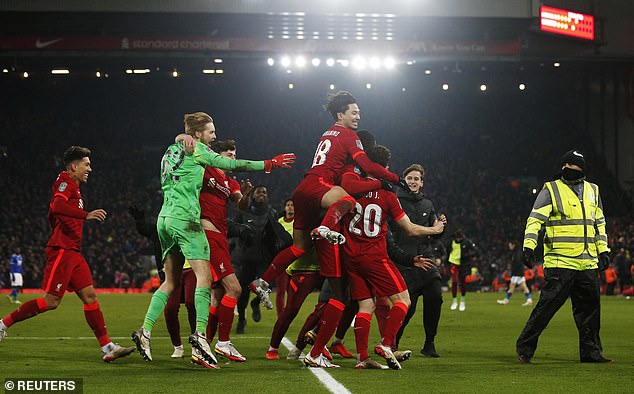 After their thrilling win on Wednesday, Wembley success in February must be the ultimate aim

Leicester, really, should have been over the hill and far away before the interval and would have been had Vardy not struck the inside of the post in the 37th minute. It proved as pivotal moment as it gave Klopp the chance to make changes and revive Liverpool.

And how they were revived. The second half, following the introduction of Diogo Jota, Ibrahima Konate, James Milner and Naby Keita, was siege and the breathless way they forced penalties, with Taki Minamino’s last-gasp equaliser, illustrated their greed for success.

History tells you Liverpool are almost unbeatable in such circumstances at Anfield and so it proved once more. This was their seventh shootout triumph from nine here, with goalkeeper Caoimhin Kelleher producing the heroics with two saves.

Into the semi-finals they go – success at Wembley in February must now be the ultimate aim.