Jamie Redknapp hit the nail on the head earlier in the week. While Thiago Alcantara is a luxury, there is a void in Liverpool’s squad that needs filling and based on today’s performance, that needs to happen fast.

The Reds made a real hash of things at the back at times as Leeds pressed high and with fearlessness.

It’s not the first time in the past year that the champions have looked slightly vulnerable at the back.

There were shades of the night that RB Salzburg pushed them all the way in the Champions League group stages last season when Takumi Minamino and Erling Haaland were on the scoresheet in a nerve-jangling 4-3 win for Jurgen Klopp’s side.

Much like today, Virgil van Dijk and Joe Gomez did not have their best evenings in a Liverpool shirt.

JUST IN: Liverpool transfer for Nabil Fekir did not collapse due to medical as new twist emerges 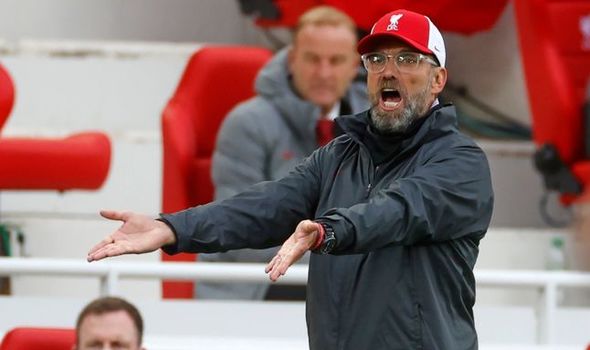 When those two are at the top of their game, Liverpool do not look like conceding. Last winter they marshalled the Reds to seven consecutive Premier League clean sheets.

Liverpool were pushed to their limits around that time, with both Dejan Lovren and Joel Matip sustaining injuries. Fabinho was on stand-by as a makeshift centre-back which just goes to show how quickly things can deteriorate across the stretch of a long season.

Lovren may have failed to win over his critics but at least he gave Klopp something to think about when sat on the bench.

Now Liverpool only have three recognised senior centre-backs and it’s clear there is a tinge of complacency at the back.

The Croatian was a big figure in the dressing room at Anfield and he’s a player that needs replacing.

Michael Edwards may be flirting with the idea of bringing in Thiago but some of the defending on show against Leeds suggests it’s a deal that can wait.

After all, he will be available on a free transfer as it stands come January, as Bayern Munich seek £25million for his services.

Liverpool are stacked with plenty of diverse options in midfield and it’s arguably an area where they need to free up some space. 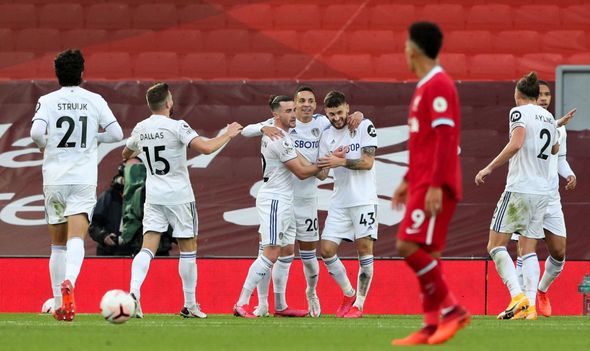 James Milner and Minamino were not used today while Alex Oxlade-Chamberlain remains injured.

There’s no doubt that Thiago is a world-class talent and would bring something different to the table but his arrival can wait if funds are limited.

Liverpool had looked at Ben White but Brighton made it clear they were not interested in selling the player, who signed a new contract.

Schalke’s Ozan Kabak is also on Liverpool’s radar and is a player they could now reignite their interest in the player.

Alarm bells should be ringing from today’s defensive display which may cause Klopp to reconsider his approach to the remainder of the transfer market.

Matip’s fitness is a separate issue and proves he cannot be relied on. As it stands, Liverpool are a Van Dijk injury away from a defensive crisis.