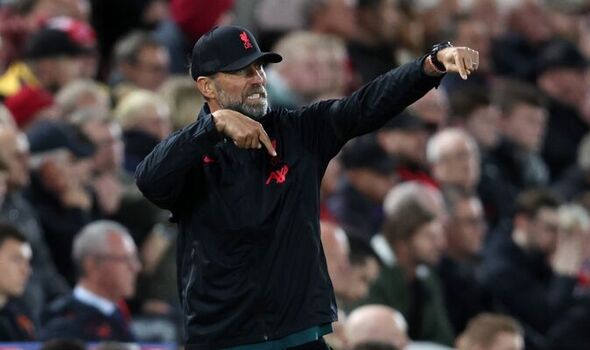 There’s arguably even more pressure on Jurgen Klopp’s Liverpool team heading into tonight’s game against Rangers than a week ago following another setback with defeat to Arsenal. A new system has been trialled by Klopp over the past week with four attackers and two midfielders playing instead of the more conventional 4-3-3 formation.

It worked well against Rangers and also caused Arsenal problems at times with individual mistakes the main issue at the Emirates more than the formation itself. The sudden change to playing with four attackers appears to have been Klopp’s response to his request to his Liverpool players to “reinvent” themselves following the dreadful start to the season.

Plan A wasn’t working with the old system and Plan B has shown some promise, albeit despite a frustrating defeat to the Gunners. But Klopp has now hinted that he’s in need of coming up with a new plan altogether following injuries to Trent Alexander-Arnold, Joel Matip and Luis Diaz.

“I think the goals we conceded had nothing to do with the new system,” Klopp said. “We have to get used to it a bit more. Can we do it again? I don’t know because today we lost an important part of it [through injuries], so we have to see who is available for it in the next game.

“But do I have deeper concerns? Yes, of course I am not happy. How can I be?” When everyone is fit, Liverpool are almost spoilt for choice in attacking areas and playing Diogo Jota, Mohamed Salah, Darwin Nunez and Diaz from the start is likely to trouble most teams all over Europe.

But a growing injury list puts that system in jeopardy and a Plan C may now be needed heading into this weekend’s game against Manchester City. Rangers will be the main focus for Klopp now though and tonight’s game can help the Liverpool boss rescue his experiment.

Joe Gomez is likely to come in for the injured Alexander-Arnold on the right side of defence while Klopp will have to choose whether Fabinho or another attacker replaces Diaz. Having Alexander-Arnold out of the firing line for a short while may prove to be a blessing in disguise for Klopp and Liverpool though with Gomez able to offer more in defence.

But starting two recognised central strikers could be the way for Klopp to go in both Nunez and Roberto Firmino. The Brazilian has looked in excellent form so far this season with six goals and is the club’s top scorer while Nunez was arguably Liverpool’s best player against Arsenal.

Getting the pair working in tandem as a front pair could be Klopp’s saving grace for the next plan. But the main thing Klopp needs right now is some consistency and momentum – something he may not be afforded with City coming up this weekend.

Dundalk 1-2 Molde: Norwegian champions come from behind to win

Coronavirus: Ryan Giggs says offering free use of hotels to NHS staff was ‘right thing to do’