Liverpool took another step closer to their first Premier League title in thirty years with a 3-2 victory over West Ham on Monday night, but the Reds were given a scare before keeping their unbeaten record intact. When Georginio Wijnaldum nodded home in the eighth minute it seemed Jurgen Klopp’s side were in for a comfortable night but they were made to work hard by a determined Hammers outfit.

The visitors surprised Anfield when centre-back Issa Diop stole a march at the near-post from a corner and glanced home past Alisson Becker to equalise in the 12th minute.

David Moyes was then on the cusp of his first league win at Anfield in his 16th attempt after Pablo Fornals found space in the area to steer home in front of a jubilant away end.

But Mohamed Salah was at hand as Liverpool pushed on to pull them level, thanks to a howler from Lukasz Fabianski who let the ball through his legs.

Sadio Mane then sealed Liverpool’s 26th win in 27 league games this season when he prodded in from close range after Trent Alexander-Arnold reacted quickest to a deflected shot.

But how did each Liverpool player fare in the win? Express Sport rates each star out of 10…

JUST IN: VAR referee’s reason for Tottenham’s Giovani Lo Celso not being sent off vs Chelsea 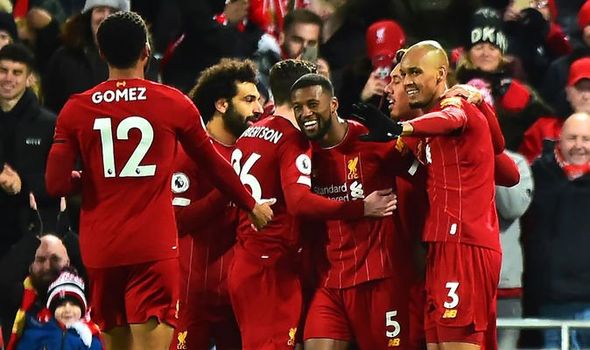 Could have done better with Issa Diop’s header which did fall awkwardly underneath him.

Pulled off a superb cross for the opener which took everyone bar Wijnaldum by surprise. Mucked in with another neat assist for Mane’s winner. Kept Felipe Anderson relatively quiet on his flank in a well-rounded full-back performance.

Did not get close to Pablo Fornals for West Ham’s second goal despite the Spaniard being in his eyeline.

Was not particularly at fault for either goal, rattled the bar in the first half with a thumping header. Inspired a swarm of Liverpool attacks late on with his aggression on the ball.

Allowed Issa Diop to steal a march on him for the first goal and was given a testing evening by Robert Snodgrass. Offered a constant outlet in attack and slid the ball to Salah for the equaliser.

Did not assert his usual dominance in midfield and his role somewhat paled into significance as Liverpool chased an equaliser and winner late on.

Well-placed header to give Liverpool the lead after reacting instinctively to Alexander-Arnold’s unexpected cross. Provided his usual energy in midfield throughout, another solid showing. 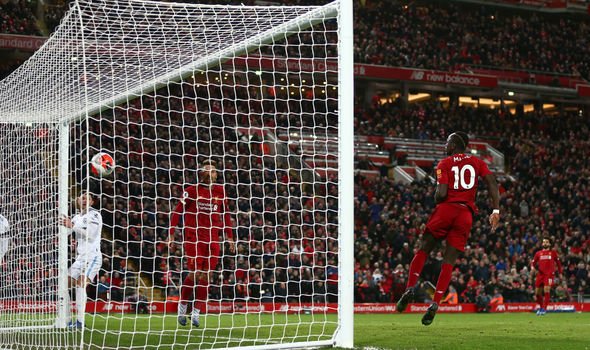 Was thrust into the starting line-up in place of Jordan Henderson but did not match the endeavour and passing range of the Reds captain. Subbed off for Alex Oxlade-Chamberlain after 56 mins.

Fortunate to grab the equaliser given Lukasz Fabianski’s howler but exploited the space well. Was a constant nuisance drifting in from the right and his link-up play throughout was superb.

Typically stitched together attacks with his creative flair but did not get in scoring positions often enough. Could not time his jump to nod in from point-blank range late on.

Not at his most prolific but caused problems for West Ham’s right-hand side with the help of Robertson. Was in the right place at the right time to pick up the winner.

Fired off a mean drive soon after coming on following a burst forward but did not get into the game much otherwise.