The Reds could, therefore, look to bring in another defender and reports in Spain claim plans are already being drawn up.

According to AS, Liverpool have already created a three-man shortlist of potential replacements.

One man who features will bring joy to Liverpool supporters and that is Dayot Upamecano.

The RB Leipzig man has been the bedrock of their defence and helped shutout Tottenham in the Champions League. 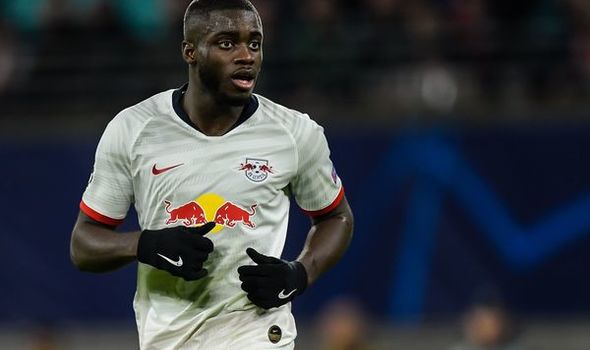 It’s hard to see him being a direct replacement for Lovren given his value.

Leipzig would be likely to demand in excess of £50million for his services.

Express Sport understands Arsenal are also keen on the Frenchman.

Atletico Madrid’s Jose Maria Gimenez is also on the agenda.

The Uruguayan has fallen out of favour in Madrid due to his lengthy absence through injury.

Now he may consider his future at the end of the season.

It’s thought that Klopp wants to bring in a centre-back who can continue developing at Anfield.

All three of those tick that box but most would want assurances of regular football. 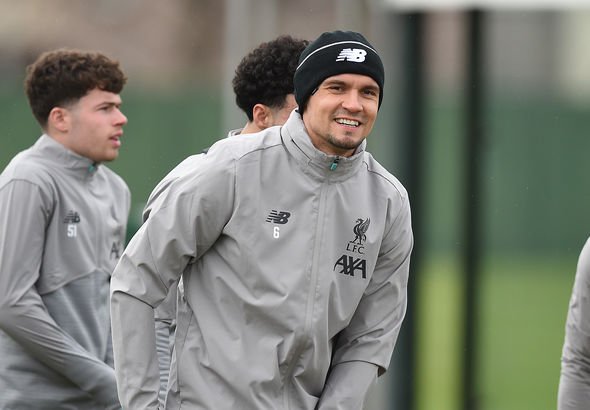 Lovren has been left frustrated by his playing time after a sustained period on the bench.

He has been given opportunities every now and again but his performances have driven him further towards the exit door.

His most recent appearance came against Watford, when he was bullied by Troy Deeney.

The Hornets inflicted Liverpool’s first Premier League defeat of the season and the finger was pointed towards the former Southampton man.

Jamie Carragher criticised him in the wake of the match, claiming he struggles to understand his style of defending.

He told the Maych X Pajak Podcast: “I’ve watched Lovren in a Liverpool shirt for so long making the same mistake.

“He wants to fight everyone he plays against.

“Harry Kane started this season and stands on Lovren, just uses his body and knocks him out the way.

“He’s 28, he should have learnt by now. There’s no problem letting Deeney bring the ball down.”

Bayern have been efficient in tying down key men during shutdown

Steven Gerrard slams ex-England managers who had the golden generation