Liverpool: Wijnaldum leaving 'will be a blow'

After failing to agree a new contract with Liverpool, the transfer saga surrounding 30-year-old Wijnaldum took a dramatic turn when Paris Saint-Germain swooped in to scupper the Dutchman’s move to Barcelona.

The French outfit offered to double his proposed deal with the Catalan side, prising him away from a reunion with former national team boss Ronald Koeman.

Jurgen Klopp now has the daunting task of replacing Wijnaldum who was a firm fan favourite, an energetic box-to-box midfielder and one of The Reds’ most consistent performers over the past five seasons.

Lorenzo Pellegrini has been touted as the man for the job by Klopp, according to Corriere dello Sport.

The 24-year-old Italian impressed as he notched seven league goals in 34 appearances this term during a season in which Paulo Fonseca’s Roma side struggled for league form but surpassed the likes of Ajax to reach the Europa League semi-finals.

With only one year remaining on his contract, Roma are allegedly keen to offload and Liverpool would be getting fairly good value for money if the Italians are receptive to their bid. 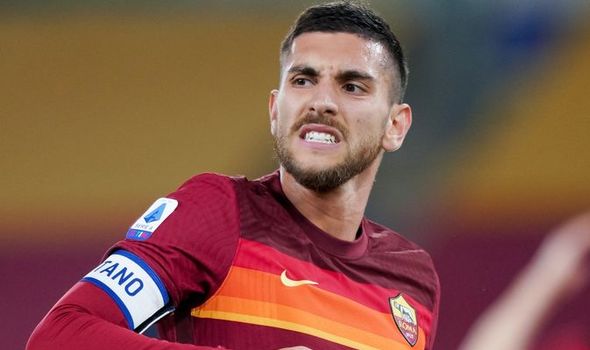 Pellegrini has played primarily in the number ten role this campaign, but his skillset is well-rounded enough to slot comfortably into Liverpool’s three-man midfield at the start of next season while adding some natural attacking instinct.

The Italian, who has notched 17 caps for the national side and is in the squad for this month’s European Championships, would otherwise be gearing up for his first season under the tutelage of incoming manager Jose Mourinho at the Stadio Olimpico.

However, it is thought that the enigmatic Portuguese is intent on bringing in a selection of familiar faces to bolster his new midfield.

The likes of Granit Xhaka and Pierre-Emile Hojbjerg have been suggested, which would effectively pave the way for Pellegrini’s exit from Rome.

If Anfield’s ‘powers that be’ are indeed serious about bringing Pellegrini to Liverpool this summer, they may face stiff competition from Barcelona who are effectively seeking to replace the same player after painfully missing out on Wijnaldum.

However, with the Catalan side in dire straits financially and Liverpool in need of midfield reinforcements, the Merseyside outfit could well have the upper hand.

It is still early days, but Reds fans can allow themselves to feel a little excited about links to a talented young midfielder who has proven himself on the European stage.