Liverpool are ‘ready to make late £42m move for Brighton star Moises Caicedo’ as Jurgen Klopp urgently looks for cover in midfield… but Graham Potter insists that price will only buy the Ecuadorian’s boots!

Liverpool are reportedly lining up a £42million bid for Brighton midfielder Moises Caicedo in the final few days of the summer transfer window.

The 20-year-old, who was a £4.5m signing from Independiente in February 2021, has caught plenty of attention from the Premier League’s top six teams after impressing under Graham Potter this season.

Jurgen Klopp is already dealing with an injury crisis at Anfield in the centre of the park with Thiago, Curtis Jones, Naby Keita and Alex Oxlade-Chamberlain all out injured. 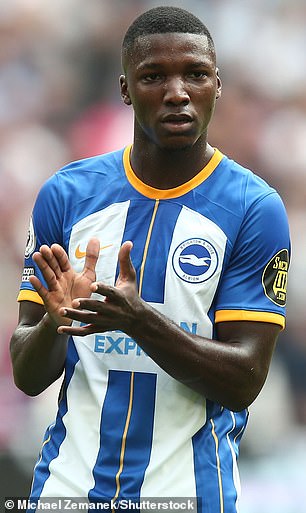 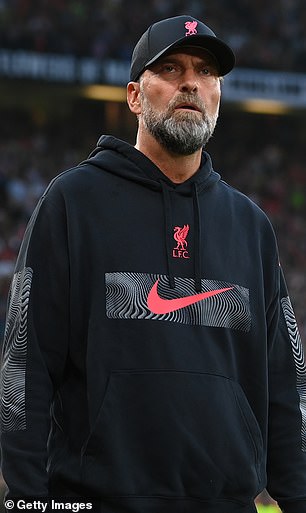 This has left the Reds boss to look to the market once again and, according to The Sun, Liverpool are readying a sizeable bid for the Ecuadorian.

Reports of a £42m bid were relayed back to Potter in his Monday press conference and the Seagulls manager said that any potential suitors would need pay well over double that figure to lure his away from the Amex.

Potter said: ‘In football you never know, but we are quite calm and confident.

‘You’d probably get his boots for that from the chairman — maybe! £100m? They can try.

‘It doesn’t surprise me that people are looking at him because he is playing at a fantastic level. 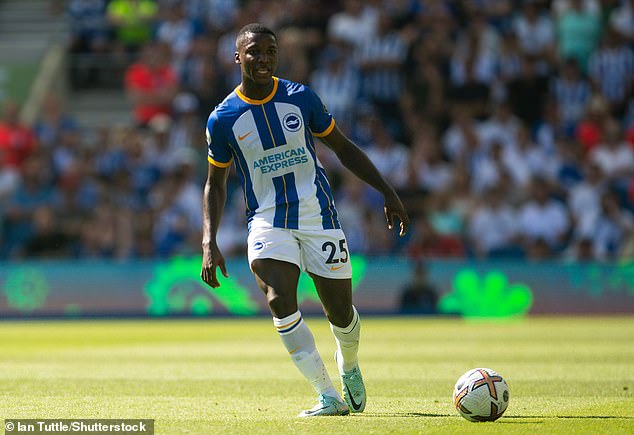 ‘As soon as you do research on him you realise he is a top kid, great person, young, playing in the Premier League, has all the attributes to play at the very, very highest level.’

As well as Liverpool, Caicedo has also been linked with Manchester United and Arsenal, but Potter is confident he will remain on the south coast beyond Thursday’s transfer deadline.

‘We don’t think we will, but in football you never know. That is how it is, but we are quite calm and confident.’

Caicedo’s value has soared since joining the Seagulls for £4.5m from Ecuadorian side Independiente del Valle in February 2021.

He made eight Premier League appearances last season after helping Ecuador reach the World Cup finals in Qatar and has played every minute in the top flight this time round as the Seagulls fly high in fourth place.

Brighton have followed up last season’s ninth-placed finish under Potter by winning three of their first four league matches. 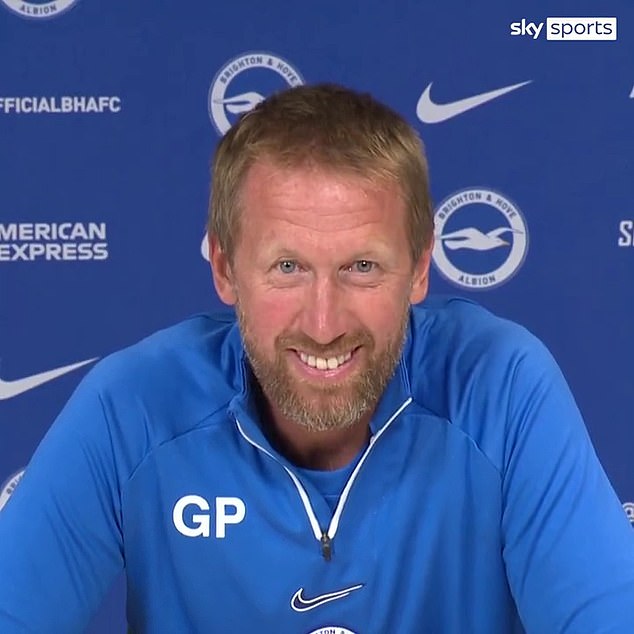 However, Potter believes his young midfielder is worth £100m and is confident of keeping him

Saturday’s 1-0 win against Leeds at the Amex Stadium lifted them level to 10 points with second-placed Manchester City and Tottenham, but Potter is paying little attention to their lofty position.

He added: ‘Maybe if we’re here with four games to go, we can be more excited. We have to be satisfied with our start and we’re positive.

‘Ten points from four games is a great return and we’re happy with that, but we need to stay calm and keep doing our best.’

Potter will hand a late fitness test to Joel Veltman before the game at Craven Cottage. The Dutch defender was forced off against Leeds after hurting his neck.

Adam Lallana will be sidelined until October due to a calf injury, while Jakub Moder and Jeremy Sarmiento (both knee) are still out.