Jordan Henderson ‘set to sign a new three-year deal with Liverpool amid speculation over his Anfield future’… with the England ace to join Virgil van Dijk, Alisson, Fabinho and Trent Alexander-Arnold in committing to the club

Liverpool captain Jordan Henderson is set to commit his long-term future to the club are reportedly agreeing in principle a new deal with the Reds.

Henderson has entered the final two years of his contract and was frustrated at the beginning of the summer when talks about extending his stay petered out.

But after successful talks with Liverpool’s higher-ups, Henderson is expected to put pen to paper on a new three-year deal with the option to extend it by another year, according to The Athletic. 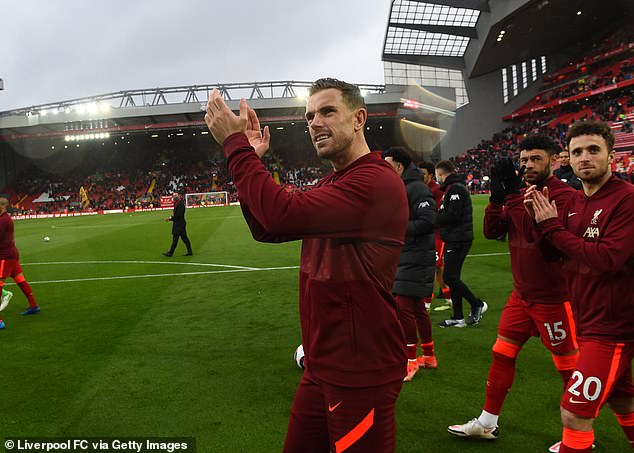 The impasse initially led Atletico Madrid and Paris Saint-Germain to believe there was a chance of prising him away.

Liverpool have been busy renewing the terms of a number of key players and Van Dijk on Friday followed the lead of Trent Alexander-Arnold, Fabinho and Alisson Becker, as well as rising star Harvey Elliott, of committing his future.

Klopp has been intent on keeping Henderson at the club and the German made it clear that he expects the 31-year-old to follow Van Dijk and Company at some point.

‘It is important (to find a solution) but it will happen,’ said Klopp. ‘We will sort it, however it will be. We will sort it. No doubt about that. It will get sorted. I spoke to him (on Thursday) and it looked like that (he was in good spirits), yes.’ 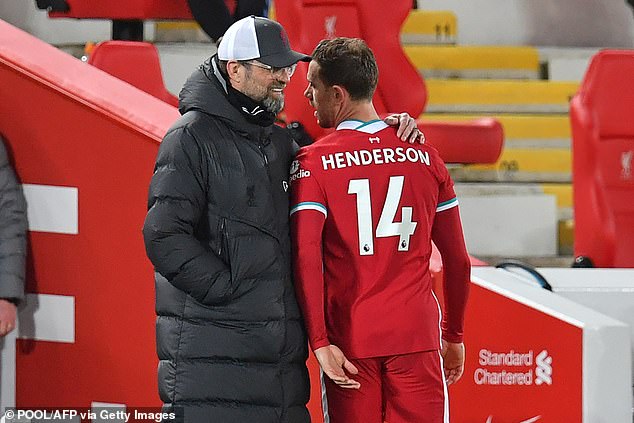 Van Dijk’s new deal runs to June 2025 and Klopp – who sanctioned his £75million acquisition in January 2018 – put his progress and reputation into perspective when simply saying: ‘Wow! Imagine what it would cost to buy him now!’

The Holland international made his long-awaited return from injury in the 3-0 win over Norwich on Saturday, with Klopp adding: ‘After that obviously very difficult last year that he is back on track, trains with the team and prepares for hopefully a very successful future at this club. Absolutely great, great news.’

Nainggolan fears he could pass coronavirus onto wife battling cancer