Liverpool could be presented the chance to re-sign Philippe Coutinho this summer and it’s all because of Kai Havertz. The German is hot property with his performances attracting interest from Europe’s top clubs as scouts continue to circle.

The only thing currently standing in his way is Bayer Leverkusen’s asking price of £93million.

On the back of another stellar campaign, the Bundesliga outfit are optimistic that if they do agree to let their star player leave, it will at least generate the funds for them to bring in several top-class additions.

According to Bild, Bayern Munich are in the running and they believe neither Liverpool or Real Madrid will pay the £93m required to sign him.

It’s reportedly given them hope that they could, in fact, have a clear run on the German, should they wish to sign him.

JUST IN: Liverpool may have finally found their Nabil Fekir who could save Jurgen Klopp millions 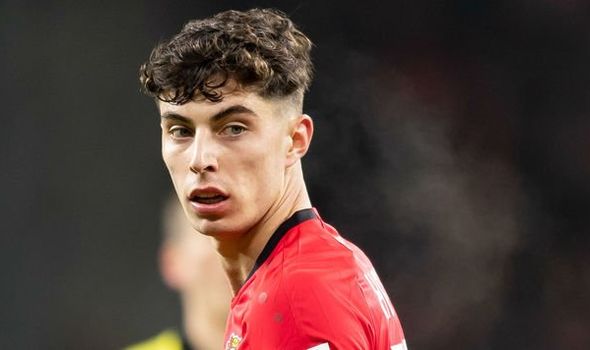 Slowly, Havertz is becoming an important part of the German national team and Bayern know that the player is a generational talent.

They could suffer if they allowed him to join rivals Borussia Dortmund.

Still, Bayern need to weigh up whether Havertz is a better option for investment than Philippe Coutinho.

The club have a £109m option to buy the Brazilian at the end of his loan spell.

So far, he has blown hot and cold and therefore not done enough to convince the Bavarians he is worth that kind of money.

Should Bayern decide to go for Havertz, Coutinho will be left wondering where he will go next.

Barcelona are adamant his time at the club has come to an end. 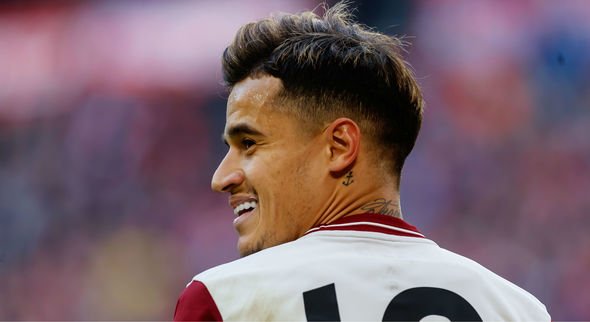 Although Ernesto Valverde has been sacked, the board would rather recoup some funds from Coutinho as opposed to giving him another chance.

Express Sport understands that the La Liga giants are willing to slash their asking price to £77m for the player.

Since leaving Liverpool in January 2018, Coutinho career has been a downward spiral, despite winning two La Liga titles.

He has failed to live up to expectations in Catalonia after waving goodbye to Anfield while having to watch his former side becoming European champions.

While Jurgen Klopp is unlikely to return for Coutinho, the attacking midfielder will certainly be in the shop window in the summer as Barcelona look to find a buyer.

It could involve a loan package with an obligation to buy at the end.

Premier League clubs seem most likely to move for Coutinho besides Paris Saint-Germain.

Chelsea have also reportedly expressed an interest while Tottenham cannot be ruled out after they made their move last summer under the advice of Mauricio Pochettino, who worked with Coutinho at Espanyol.

City keen on River's Martinez with Otamendi in line for swap