Gini Wijnaldum has put the pressure on Liverpool to explain why he is yet to sign a new contract with the club. The Dutchman is in line to leave Anfield next summer when his five-year contract comes to an end following his £25million move from Newcastle in 2016.

Wijnaldum has been a key fulcrum in Jurgen Klopp’s Liverpool juggernaut that has conquered the Champions League, Premier League and FIFA Club World Cup in the past 17 months.

That is why it comes as a big surprise that Liverpool seemingly no rush to resolve his future.

The midfielder will be free to speak to other clubs in January about a potential move as he enters the final six months of his deal.

Now Wijnaldum has made it clear that Liverpool are the reason he is yet to sign a contract extension, issuing a snappy response while away on international duty, when asked to give clarity on his future. 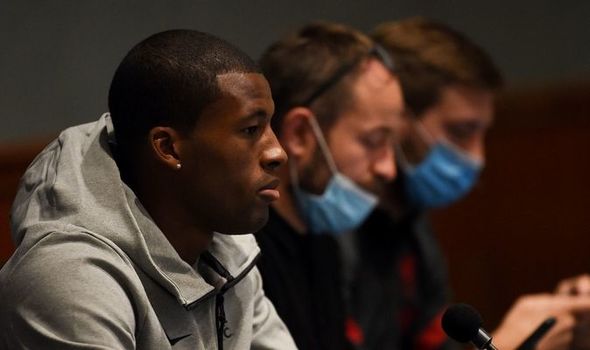 “I can’t say anything about that,” he told Het Parool.

“I cannot say anything about it, including whether or not there is talk of a new contract between me and Liverpool. Sorry.”

Former Netherlands boss Ronald Koeman is said to be keen on reuniting with Wijnaldum at Barcelona.

However, it seems clear that the 30-year-old wants to stay at Anfield and continue fighting for titles under Klopp.

He remains a regular starter under Klopp, which would suggest the Liverpool boss wants to keep him but the decision could be left with those upstairs.

Klopp was coy on Wijnaldum’s future when quizzed for an answer last month: “Since Gini is here, I think I have had five, six hundred talks with him so that is always the same, nothing else to say about that.

“Of course I’ve spoken to him since he came back from international duty. Yes it is absolutely fine about the future. 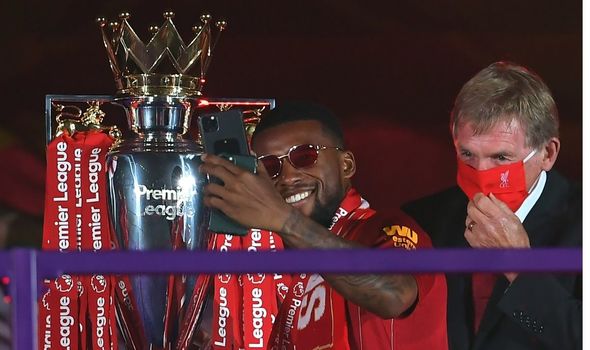 “I can’t speak about the future in a few years but it is all fine for the moment. You know the situation.

“Between me, Gini and the club everything is completely fine – apart from anything to announce to you.

“But that is more your problem than ours because we are completely fine about the situation.”

It’s understood that before the season started, Klopp made it clear to Wijnaldum that he would play a big part this season regardless of whether he signed a new deal or not.