Liverpool captain Jordan Henderson has criticised the decision to award Manchester City a penalty in their 1-1 draw at the Etihad Stadium on Sunday. Joe Gomez was adjudged to have handled the ball inside the box. But Henderson feels the spot-kick, which was missed by Kevin De Bruyne, should have have been given.

Liverpool took the lead against City, with Mohamed Salah scoring from the penalty spot.

However, the Reds were forced to settle for a point with Gabriel Jesus scoring to earn Pep Guardiola’s side a draw.

Things could have been even worse for Liverpool had De Bruyne scored a penalty, with the Belgium international sending his effort wide.

And Henderson has taken issue with the decision after the game, saying: “People will say I am biased because it is against us but I saw one similar in the Leicester game.

“Joe is running back to his own goal, where is he going to put his arms? I think it is so difficult for defenders.

“I felt it was harsh but they have been pretty consistent. In the Leicester game they gave it and they gave it today but for us as players I think it is harsh.” 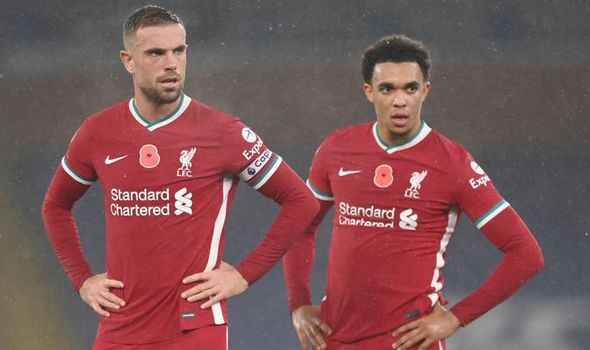 “I thought it was a good game, always going to be difficult against City,” said the England international.

“The shape was really good, yes we could do one or two things better but overall I thought it was a solid performance, especially defensively.

“I felt we could get the winner with the quality we have up front, only takes one moment.

“I felt quite comfortable defending, it was a lot of work but it always is going to be against City. 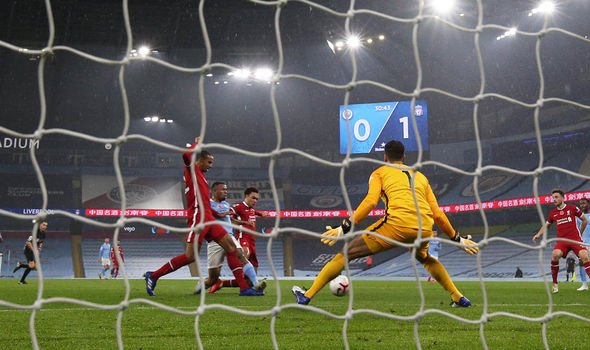 “They are a fantastic team and I think you have to take a point and move on.”

City star Jesus was disappointed with the result, despite getting on the scoresheet.

“It was a top game. We know they work hard and have a lot of amazing players. We had a chance to win the game,” said the Brazil international.

“Both teams wanted to win. Sometimes when it’s like this you have to control the ball more. We have to keep playing like this and try to convert the chances.

“We played at home and we have to win the games here. The result is not good for us and maybe it’s good for them.”

Speaking before the game, Sky Sports pundit Roy Keane had expressed a belief that a win for Liverpool would have ended City’s title hopes – despite it still being early in the season.

“I think this is a huge game,” Keane told Sky Sports.

“When we look back at last season when Liverpool beat City at Anfield you always felt the title was over then.

“You look at how they’ve started, City have been kind of slow out the blocks although they have one or two games in hand.

“You think if Liverpool can win this game, even already, and I know it’s early in the season, it’s a long way back for Manchester City.”

Walker: I think we have to just bite the bullet and think about others