Roberto Firmino may have established himself as a key cog in Jurgen Klopp’s Liverpool side on the verge of a first top flight title in 30 years, but the man who unearthed the Brazilian’s talent at Hoffenheim has revealed the Bundesliga giants weren’t originally convinced on his fitness levels. Firmino has been a consistent performer at Anfield ever since his move to England back in 2015.

Some eyebrows were raised on Merseyside when Liverpool stumped up close to £30million for the Brazil international.

But under Jurgen Klopp’s stewardship, Firmino has moulded into one of Europe’s best centre forwards as he links up play expertly with Mohamed Salah and Sadio Mane.

Such has been his importance to Liverpool’s success, he has played more games than any other player this season.

Hoffenheim were the European team to first take a chance on Firmino, signing him as an 19-year-old from Brazilian side Figueirense. 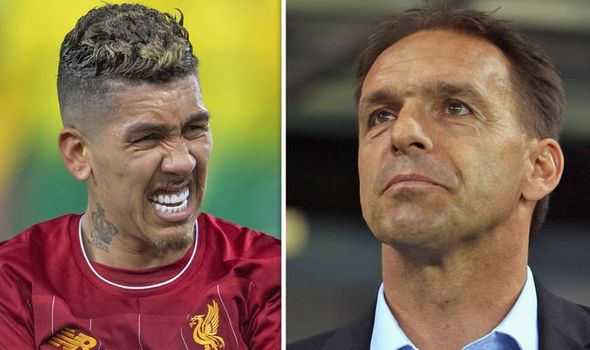 Ernst Tanner, Hoffenheim’s former sporting director, was the man who pushed for a move to sign Firmino back in 2011.

But there was serious concerns about his fitness levels before he had even made his first appearance for the German club.

“You should have seen the data that we got on him when he was coming for the first time [to Hoffenheim],” Tanner told Bleacher Report.

“In Germany, we usually do these endurance tests, blood ones, which are pretty accurate, you know, and he had the worst numbers I have ever seen in professional football.

Liverpool praised for response to Diego Simeone ‘antics’ in defeat

“I would say to emphasise that he was even worse than my grandma. You can’t imagine.

“They were so low that you couldn’t even believe that he was ever able to play professional football.”

But there was no denying Firmino’s talents while his willingness to learn was also a telling trait noticed by Tanner.

“I was pretty sure that he would be a top Bundesliga player. We do these evaluations in our scouting reports, you know, and I think that out of 10, nine and 10 are international level. And I gave him, I don’t know if it was an eight or nine, but I’m sure it was pretty high,” Tanner added. 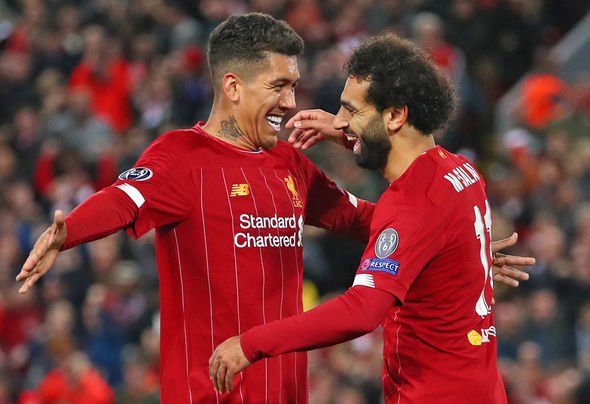 “Everyone [at Hoffenheim] was a bit curious about that at the time, but I rated him pretty high because I was so convinced about his abilities and even more so by his attitude.

“When I saw how the coach criticised him [in a training with Figueirense], he was like a schoolboy standing there and listening to his teacher. I still have that picture in my brain.

“I thought to myself after an hour that if that coach had done that to a German player, he would head straight to the locker room totally pissed off, but Firmino took the criticism well. He tried to improve, to do better. That was really impressive.”

Erling Haaland 'will end up in the Premier League' says Fjortoft