Sadio Mane has been labelled the best player in the world by his compatriot Ismaila Sarr. The Liverpool star has been like an older brother to the Watford youngster in a bid to help him settle into the Premier League.

Sarr has exploded into life under Nigel Pearson after a slow start at Vicarage Road since joining from Rennes.

He will make his first start today after making his return from a hamstring injury last weekend in the 3-0 defeat to Manchester United.

Speaking to the match day programme, Sarr had high praise for Mane who is the captain of the Senegal national side.

“Mane is not only a Senegal team-mate of mine but he is my inspiration and idol,” Sarr said. 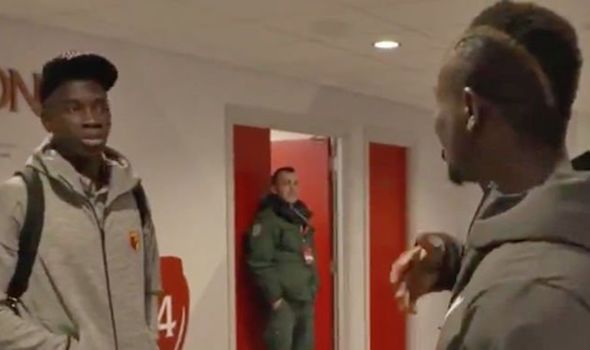 “It will be perfect for me to play against him again.

“For me he is the best player in the world.

“For sure, the best African player in Europe.

“He’s our national team leader but he’s also a nice guy and I love him.”

Mane has been the match-winner in Liverpool’s last two Premier League wins against Norwich and West Ham.

The winger picked up a muscle injury in the win against Wolves in January but has returned in style to help the Reds edge closer to the title.

Mane’s unique relationship with Sarr was well documented last time the side’s met in December and the 27-year-old went the extra mile to ensure his minor was being looked after at Watford.

The former Southampton man spoke to Watford captain Troy Deeney in the tunnel after the game, which was picked up on Liverpool’s YouTube series ‘Inside Anfield’. 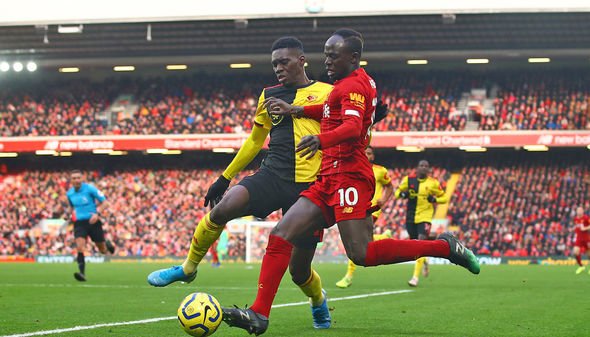 While the Senegalese duo chatted, Deeney interrupted and thanks Mane for something which was most likely his shirt.

Deeney then said: “Thank you very much, look after yourself.”

Deeney gave Mane his word: “He just needs to speak English, but he’s working on it.