Todd Cantwell is attracting interest from Liverpool, Manchester City, Manchester United and Tottenham and he is more than capable of stepping up to play for a top six club, according to Alex Bruce. The Norwich midfielder has emerged as a target for the Reds, who are looking to strengthen this summer.

According to The Athletic, Liverpool are leading the race for the 22-year-old and have stepped up their efforts to sign him.

The Norwich star caught the eye back in August in the 4-1 defeat at Anfield and also impressed the coaching staff in the 1-0 loss to Liverpool earlier this month.

Now Bruce believes he has what it takes to cut it at the top because he has two key qualities that are a rarity.

“One thing that he gives you is his ball carrying,” Bruce told Football Insider. 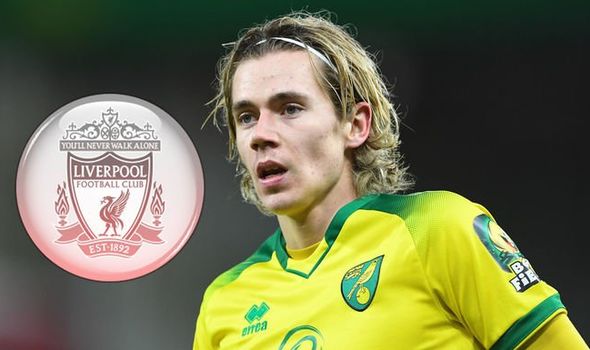 “He is a little bit like Jack Grealish – that type of player. He plays with flair like a James Maddison.

“Of course, he has some way to go before he is at their levels but it is his first season in the Premier League and he has done OK.

“He has caught people’s eye and everybody is talking about him.

“Cantwell is young, so he is definitely a prospect.

“It would not surprise me if a club like that takes a punt on him.

“If Norwich go down, it will be difficult to keep hold of him.”

Cantwell’s flair has been one of the standout attractions for bottom of the table Norwich this season.

The England Under-21 international has scored six times in the Premier League this season. 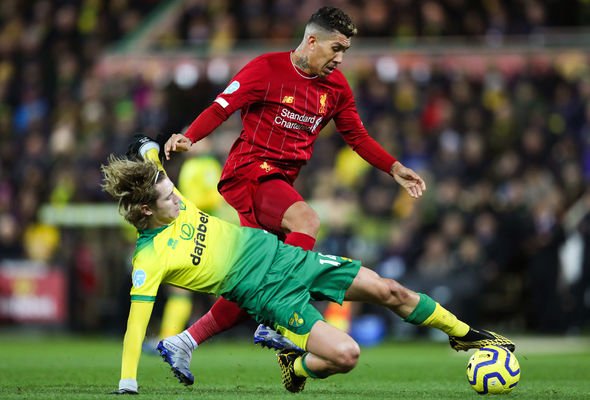 He confessed his admission for Liverpool after the game at Carrow Road earlier this month, paving the way for a summer move should it materialise.

“They are the best team in the world at the moment but they came to Carrow Road and didn’t have an easy game – that’s a credit to everyone,” Cantwell said.

“The resilience we’ve shown at home is something positive we can take but it’s a shame we’ve got nothing to show for it again. It’s been a bit of a recurring event.

“The way Sadio Mane takes that out of the air and the way he snaps at it with his weaker foot is frightening.

“We knew we were up against some of the best players in the world. Any sniff of a chance and you’ve got a horrible feeling they’re going to take it.”