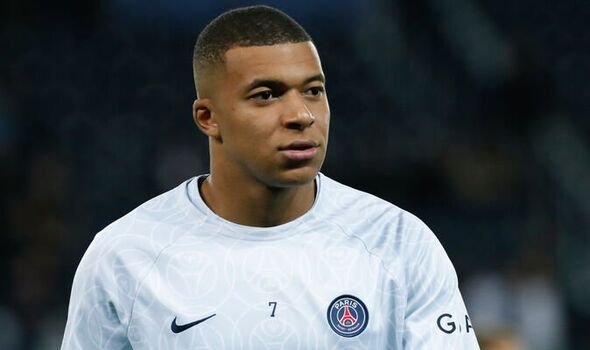 Paris Saint-Germain will refuse to sell Kylian Mbappe in January despite extraordinary reports from Spain claiming that they would be willing to let him join Liverpool in the winter window. Mbappe is said to be unhappy at the Ligue 1 champions after only signing a new three-year contract at the end of May.

Mbappe rejected the chance to join Real Madrid on a free as a result of signing his new deal. Less than six months later, the highest-paid footballer in the world is apparently keen to quit PSG despite scoring 11 goals in 12 games for the unbeaten French league leaders this season.

Mbappe is said to be unsatisfied with the club’s summer transfers and also wants to play in a different role. The France international has played as the sole No 9 with Lionel Messi and Neymar either side of him.

And Spanish outlet Marca say Mbappe wants out of PSG in January with his relationship with the club now broken. It’s claimed by Marca the French heavyweights would only sell to Jurgen Klopp’s Liverpool, though a move appears difficult financially.

Yet PSG themselves, meanwhile, insist in response they have no desire to entertain the idea of selling the forward whatsoever in the mid-season transfer window. Sky Sports relay PSG’s claims that there is “zero chance” of Mbappe leaving in January.

It’s said the club insist the reports are “utter nonsense” and “complete rubbish”. PSG intend to rebuff any offers they receive for Mbappe, who had looked destined to join Real Madrid in the summer just gone before performing a U-turn to sign a lucrative new contract.

The club’s sporting director Luis Campos said on Wednesday: “I am very surprised. Because I spend all my days with Kylian Mbappe, and he never once asked me or the president to leave in January. We have to be very clear that this isn’t a declaration.

“It is news that has come out a few hours before a very important match against Benfica. As for me, I have a three year contract at PSG and I am very happy to be here, in this place – and I work everyday so that I can fulfil my ambitions at the end of my contract.”

While PSG centre-back Sergio Ramos responded: “I see him [Mbappe] very happy. I enjoy playing with him and his friendship. If he has to say something he will say it. And he just renewed his contract. We have to stay away from the reports that are going around since we don’t know if they are true.”

Mbappe hinted at his discontent recently when he said of playing for France: “What they ask of me here is different. Here, I have much more freedom than at PSG. The coach knows that there is a nine like [Olivier] Giroud, and so I can move and go into space. In Paris it is different – they ask me to play pivot, although I enjoy [playing] everywhere.”