Liverpool boss Jurgen Klopp is reportedly moving forward with a deal to sign Thiago Alcantara this summer after the conclusion of the Champions League. Thiago had originally been expected to sign a contract extension with Bayern Munich with the Bundesliga giants reporting talks were going well.

But he apparently had a change of heart as Thiago soon indicated that he would not be signing a new deal.

With just one year left on his contract, Bayern have made it clear that they will sell the midfielder this summer.

And Liverpool have been touted as the favourites for his signature, with reports suggesting Thiago’s preference is a move to Anfield.

Having just played his part in helping Bayern finish a historic season with a Champions League triumph against Paris Saint-Germain, Thiago’s future looks set to be decided in the coming weeks. 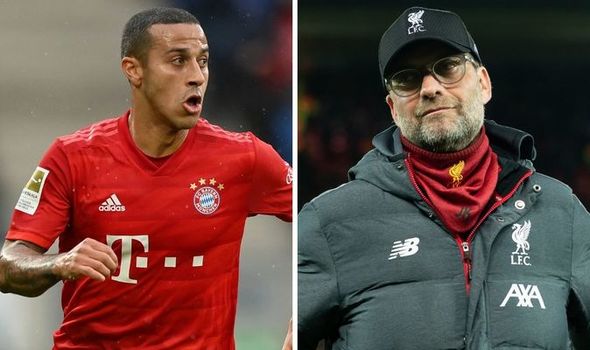 Bayern are reportedly demanding close to £27m for Thiago and it seems an agreement with Liverpool may not be that far away.

According to German publication Der Spiegel, Thiago is ‘certain’ to join the reigning Premier League champions.

With just under three weeks to go until the new Premier League campaign starts, Klopp will undoubtedly want any business done before then.

But the Liverpool boss already has an abundance of options in midfield to choose from.

When does the new Premier League season start? Dates for 2020/21

Georginio Wijnaldum, Fabinho and Jordan Henderson have been the preferred trio over the past few seasons.

However, the likes of Naby Keita, Alex Oxlade-Chamberlain, James Milner and Curtis Jones are also vying for places in Klopp’s starting line-up.

There are some questions over Wijnaldum’s future at the club with no progress yet on extending his contract with just one year remaining.

Oxlade-Chamberlain is also an injury doubt for the start of the campaign after injuring his knee in pre-season training last week.

Despite the array of options in midfield though, Thiago looks set to join Liverpool’s ranks in the near future. 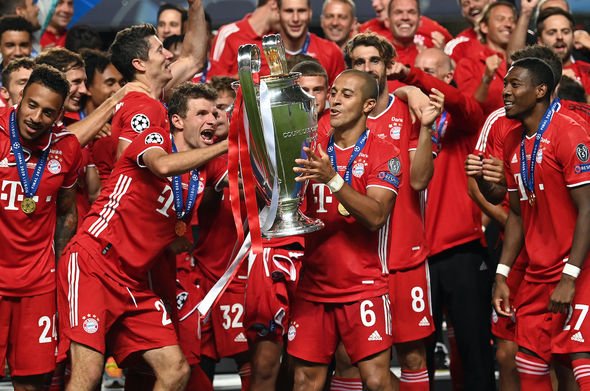 And former Anfield star Dietmar Hamann insists the 29-year-old will bring a different dynamic to any other options available to Klopp.

“I’d be very surprised if he turned down a contract from Bayern Munich if he hasn’t got anything else [on the table],” he told talkSPORT.

“I’m sure he’s got an offer from Liverpool, it’s probably about the transfer fee now.

“I never felt he was a defensive midfielder who could play a holding role, but I’ve got to say he was absolutely magnificent for Bayern Munich the way he pulled things together.

“He’s a brilliant footballer who I think can give a different dimension to Liverpool’s midfield. I’d be surprised if he doesn’t end up at Liverpool.”